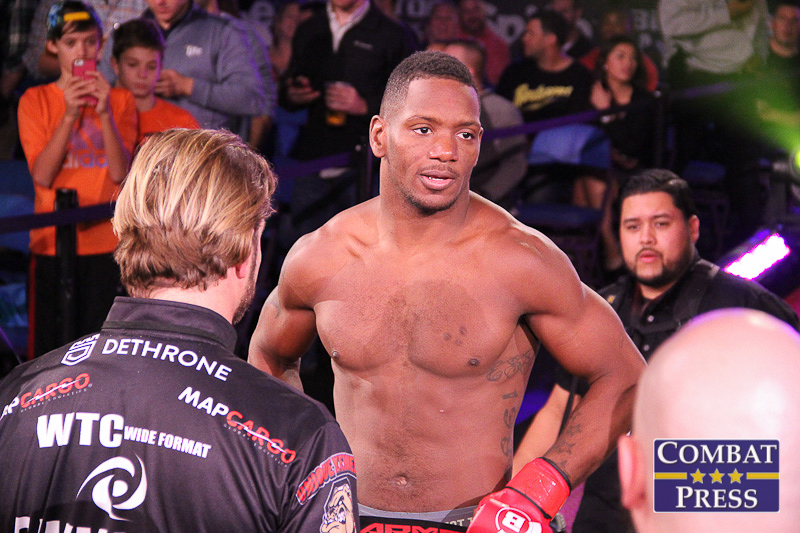 The circus has come to Bellator. No, I’m not talking about the recent announcements that Ken Shamrock and Royce Gracie will fight each other for the first time since 1995, or that Kimbo Slice is fighting someone called Dada 5000 at Bellator’s next big “tentpole” event in February 2016.

Well, it’s sort of related to that.

It’s no secret that Bellator likes to feature grudge matches in its tentpole events. We’ve already seen Tito Ortiz defeat Stephan Bonnar and Kimbo knock out Shamrock on recent Bellator cards. We’ll also see Shamrock and Gracie and Kimbo and Dada 5000 settle their differences in the near future.

However, there’s another rivalry in Bellator that should be settled in the cage, and it actually features fighters under the age of 40. Imagine that.

The men in question are Will Brooks and Patricio “Pitbull” Freire.

By now, you have probably heard about the altercation Brooks had with Patricio and his brother, Patricky “Pitbull” Freire (yes, they both have the nickname “Pitbull”), at a St. Louis hotel prior to last Friday’s Bellator 145 event. Depending on who you believe, either Patricio Freire sucker-punched Brooks, or Brooks instigated the brawl with the two brothers.

Nevertheless, the Pitbull brothers and Brooks have feuded for a while, with Patricio Freire saying Brooks needed an “ass-whooping” on a podcast prior to the hotel brawl. While the animosity between Brooks and the Pitbull brothers would be more than enough to sell this fight, the fact that Brooks and Patricio Freire are two of the very best in their respective weight classes is just icing on the cake.

Brooks defended his lightweight belt against Marcin Held at Bellator 145, while Patricio Freire dropped the featherweight title to Daniel Straus. As an additional twist to this hypothetical matchup, Brooks and Straus are teammates at American Top Team. If Bellator made Pitbull vs. Brooks happen, not only would the rivals settle their grudge, but Patricio Freire could also get a measure of revenge on Straus by defeating his teammate.

This is also a very appealing match-up stylistically. Brooks showed off his excellent ground game against Held at Bellator 145, surviving Held’s numerous submission attempts and countering with some impressive ground-and-pound. Brooks also possesses an excellent stand-up game, which would mesh well with the constantly attacking Patricio Freire.

While Patricio lost the featherweight belt to Straus, he is still an extremely dangerous fighter and one of the best in the 145-pound division. He would bring the fight to Brooks for a full three or five rounds (depending on if Brooks puts his lightweight title on the line).

Patricio’s brother, Patricky Freire, actually competes at lightweight. He has won four of his last five fights, including a win in his last fight against Saad Awad, who owns a victory over Brooks. Either Pitbull brother has a valid claim to a fight with Brooks. But if Patricio Freire is willing to move up a weight class or meet Brooks somewhere in the middle, the fight would be the more appealing option for fight fans.

Bellator President Scott Coker is all about making fights fans want to see. While it remains to be seen just how many people were clamoring for grudge matches between Gracie and Shamrock or Kimbo and Dada 5000, it’s safe to assume a fight between either Pitbull brother and Brooks is one all fans would want.