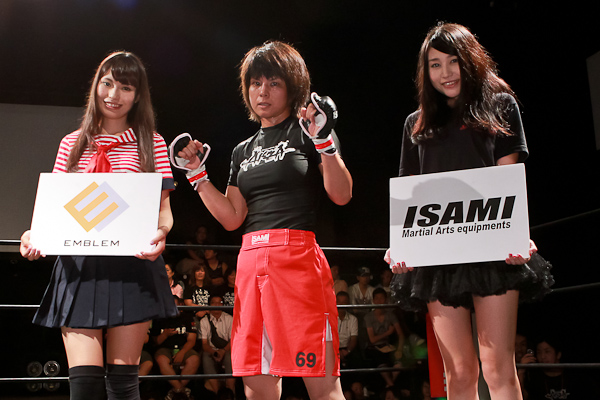 Thursday nights aren’t usually for fighting, but don’t tell that to the people at Tachi Palace Fights. The California-based promotion has long made Thursdays its regular evening to hold an event. The organization returns tonight for its 25th event, and the contest at the top of the bill is certainly worthy of attention. Alex Perez is set to put the promotion’s flyweight strap on the line when he meets challenger Adam Antolin.

The 23-year-old Perez has been a regular face in the Tachi promotion since making his pro debut there in May 2011. “The Decision” went 3-2 over his first five fights, but he’s been perfect ever since. While his nickname might suggest that he’s a grinder who often visits the scorecards, he has peppered in three wins each via strikes and submission. The Team Ochoa fighter claimed the Tachi flyweight gold in February with a decision win over Anthony Figueroa, but failed to make weight in his next outing, which ended in a decision victory over Martin Sandoval. Perez has a background in wrestling and, as a graduate of Lemoore High School, he’ll enjoy a strong home-field advantage.

American Kickboxing Academy’s Antonlin shares a similar career trajectory to that of his opponent. The 33-year-old began his pro career in 2008, debuting under the Strikeforce banner, and struggled to a 4-3 mark while competing on the regional circuit and on smaller Strikeforce cards. Antolin has righted the ship to post an unblemished mark over his last six outings, which include three submission finishes and two stoppages via strikes.

Antolin has a decent stand-up game, but he can get sloppy and leave himself open for counters. Overall, though, his competition creates some concerns. He has fought middling talent for the most part, with his most notable win coming against Eloy Garza. Perez has topped Garza as well, but he’s also encountered and conquered some veteran talents, including the aforementioned Figueroa and Sandoval.

Perez has a more aggressive offensive game and a better all-around skill set. He can use his aggressive striking style to clip Antolin and then either pursue with more strikes or change levels and go for the takedown. Antolin is capable of locking in a guillotine choke while on the defensive, but he probably doesn’t have the ground skills to hang with Perez’s wrestling.

While the ground game could be a concern, it’s actually in the stand-up where Antolin might be most vulnerable. He has been staggered on occasion while lunging in to throw a punch. If Perez can leave Antolin dazed, the takedown and submission finish will come easier. If Perez can’t find the finish, he’ll still manage to take the win on the scorecards and live up to that “Decision” moniker.

The career of lightweight upstart Jose Mariscal is off to a great start. However, everything might change when he steps into the Ring of Combat cage at the organization’s 53rd event this weekend. The rather inexperienced pro will clash with a very accomplished grappler who could put the first loss on Mariscal’s record. That man is fellow lightweight Max Bohanan.

Mariscal’s pro resume is brief. He debuted in October 2014 with a 74-second submission victory over a welterweight opponent who had yet to win a pro fight. His sophomore appearance came in an April win over Lashawn Alcocks. “The Machine Gun” does have a lengthy list of amateur wins, though. The 23-year-old claimed 10 victories in all before turning pro. Six of those victories came by way of submission and three were stoppages via strikes. His amateur run included a gold medal at the IMMAF 2014 World Championships.

Bohanan’s accolades eclipse those of his opponent. He’s a Brazilian Jiu-Jitsu black belt under Ricardo Almeida and a two-time BJJ world champion. He trains alongside such UFC notables as Frankie Edgar and has also taken home Golden Gloves honors as a boxer. As an 18-year-old amateur fighter in 2010, he submitted future UFC fighter Paul Felder. Bohanan has been an ROC mainstay as a pro, making his debut in 2014 and reeling off five wins. Four of his victories have come by way of submission, but he also managed to use his fists to bring an early end to the night for an opponent he shares in common with Mariscal, the aforementioned Alcocks. The 24-year-old is a quick worker who has never needed more than four minutes to finish a fight.

We could be looking at a portion of the future of the UFC’s lightweight roster here. Bohanan is the more highly decorated fighter in this pairing, but Mariscal has demonstrated a lot of promise in his amateur and pro careers. Mariscal made quick work of many of his amateur foes, but he couldn’t find the finish against Alcocks as a pro, whereas Bohanan could. Bohanan should hold a slight edge on the feet and an even larger advantage on the ground. Mariscal’s own aggressive approach might cause him to slip up and make mistakes, and Bohanan is quick to capitalize on any opening. The promising Almeida disciple should find the submission, though it might take him a little longer than in his previous fights.

Deep Jewels is back with its 10th event. The theme of the show is a series of matches pitting Jewels fighters against members of the Team DATE stable. However, there is one affair that pairs two notable atomweight names, Naho Sugiyama and Mina Kurobe, who are seeking to climb up the 105-pound divisions ladder.

Sugiyama captured the Jewels featherweight (105-pound) title in 2011, but she never successfully defended the title. Her next two fights for Jewels were non-title affairs, with a failed Invicta FC atomweight title bid against Jessica Penne sandwiched between them. When she finally did put her Jewels title on the line, she was defeated by Seo Hee Ham. Sugiyama rebounded with wins at Deep Jewels 2 and 3, but fell via strikes against established former champion Ayaka Hamasaki in her most recent outing, which took place in August 2014. “Sugi Rock” has just two submission wins and one TKO finish. Her other six victories came on the scorecards. She had no combat-sports background before training in MMA.

The 38-year-old Kurobe got a late start to her professional MMA career. The Master Japan product, who has a background in grappling, debuted in December 2012 at the age of 35. She won her first five fights, including three by way of rear-naked choke submissions. Her victories, however, have come primarily against opponents who currently sit right around the .500 mark. When she stepped up to face Mei Yamaguchi in her most recent outing in May, Kurobe fell on the scorecards.

Sugiyama has struggled to find success against the best competition she has encountered. Her most recent two-fight winning streak is comprised of a pair of victories over sub-.500 fighters. Prior to her first pro loss, the 37-year-old fighter had defeated a handful of top ladies, but her three-fight skid included losses to Penne, Ham and sub-.500 fighter Celine Haga, who has found new life at atomweight. Kurobe, meanwhile, is just starting to venture into fights against opponents who have records above the .500 mark. Her first attempt against Yamaguchi came up short, and now she’s set to meet a fighter who rallied to big wins early in her career and challenged for the Invicta FC atomweight crown.

Kurobe’s initial undefeated record looked excellent at first glance, but it’s obvious that she thrives against sub-.500 fighters. When she’s inserted against a legitimate threat, she appears to falter. Sugiyama might not be among the division’s true elite, but she’s going to be a handful for Kurobe. This will be a tough, grinding affair, but Sugiyama should be capable of gaining the upper hand and doing what she does best. “Sugi Rock” will claim the judges’ nod in a hard-fought contest.