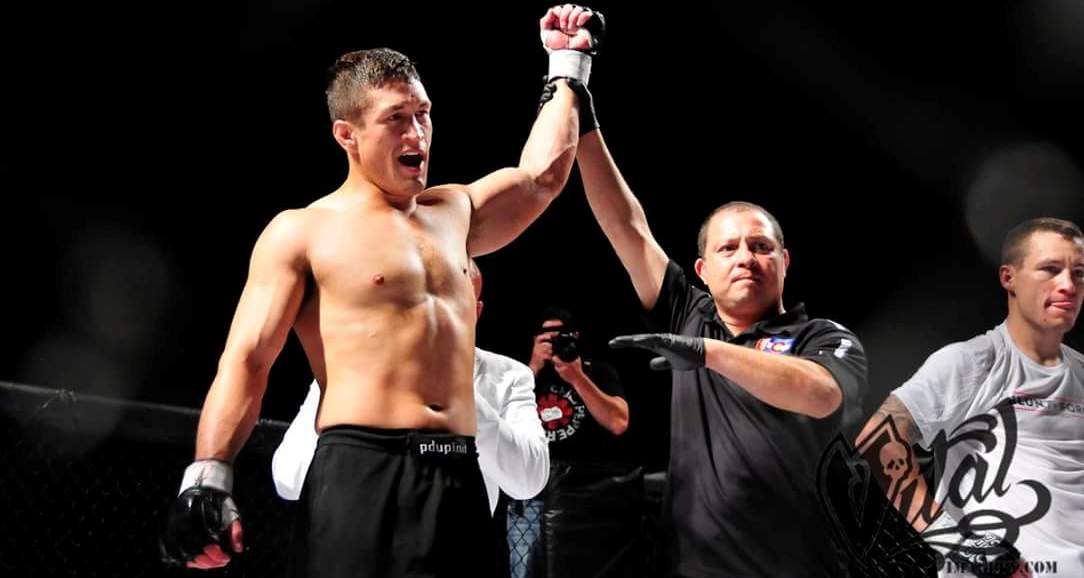 It was supposed to be a meeting of friends, two men who get along well taking to the mixed martial arts stage and punching each other in the face. Alonso Garcia and Josh Cavan were set to meet tonight at on the undercard of Prize Fighting Championship 10. They wanted to put on a show for the locals in Colorado. Both men fight out of camps in the Denver area, but they have also seen each other on the training mats.

It was not meant to be, however. The fight was scrapped at the last minute with Garcia suffering from an undisclosed medical condition. It’s a disappointment for the fighters as well as the fans.

“Josh is a gamer. We have sparred together and wrestled together. He is the type of guy that shows up on fight night,” Garcia told Combat Press. “So he may not be as good in the gym, but when the lights come on he does a lot better. He is a big, strong dude with a similar style to mine. He likes to push forward and push guys into the cage.”

Garcia hasn’t had the best of luck staying healthy for fights, and it goes beyond tonight’s nixed bout. He was finally able to make his return to the cage this year after suffering a sternum fracture that put him on the sidelines for six to eight months.

“It was brutal, man,” said Garcia. “It happened a week before a fight. I was training 25 hours a week. It was one of the most difficult things I have had to endure, having to sit there and rot away while your competition is in there training and getting better, but that is the nature of this sport. We all get hurt at some point in time. I just had to use that time to sharpen my mind and study film and help the team out.”

After taking some time to get his mind back to where it needs to be, Garcia feels that fighting is what he really wants to do in life. He might have to wait a little longer to climb back into the cage, but Garcia has rediscovered the love for the sport that he had in the beginning of his career.

“Yeah, what it did is it renewed my focus, because I wasn’t able to do anything at all but just sit around and sulk,” Garcia said of his injury layoff. “I really analyzed myself, my career and where I am at this point in my career. It made me realize how much I loved fighting and how blessed I am to do something that I love. I would fight for free because I love it so much. What it really did is it helped me renew my focus and just made me realize that I cannot take anything for granted. The window of opportunity in this sport is very small and very limited based on your age and your injuries, so I just came back with a fire lit under my ass. I am ready to train and get better. I am ready to climb up those ranks.”

The fight with Cavan would have marked the second fight of 2015 for Garcia.

“Historically, I have fought two or three times a year, so right now I [was] on pace to maintain that,” Garcia said. “I wanted to get back in there as soon as possible. Get back in the win column.”

The goal is no different for Garcia compared to anyone else that fights in mixed martial arts. He wants to see his name in the big lights of the UFC. Garcia has an array of routes he can take to get there. One of those routes would take him to The Ultimate Fighter reality series.

Garcia is a native Mexican. He was born Chihuahua and Spanish is his first language. The opportunity would be massive for Garcia to be able to showcase his skills in the TUF format. Garcia would relish the chance to prove he belongs by working his way onto a season of The Ultimate Fighter: Latin America.

“I would definitely be willing to do that,” he said. “I was born in Mexico and made it to the U.S. when I was an adolescent. I would be down for that. I have always had that in the back of my mind, as a different avenue to get into the UFC. I feel that I would be a marketable person in that regard — a college-educated [fighter] that speaks Spanish — and I feel that I would represent Hispanic MMA and Mexican MMA well.”

For Garcia, there is one thing that would be even more exciting than being on a Latin American edition of TUF. That, of course, would be to fight in front of a live crowd in his native Mexico. The UFC has been making a huge push into the region, and the company will bring the Octagon to Mexico for the third time later this year. Garcia would love to be a part of it all.

“That would be totally awesome,” he said. “To be on a card [in Mexico] would be a dream come true — a bucket-list item. My goal when I stepped onto the mats nine years ago was to fight in the UFC, to fight in the big leagues. I knew from that first time that I had what it takes. It was just going to take a lot of work to get there. That would just be the cherry on top, to be able to do that in Mexico, the country I was born in. That would be awesome.”

Alonso would like to thank everyone that has been with him on his journey.
Advertisement