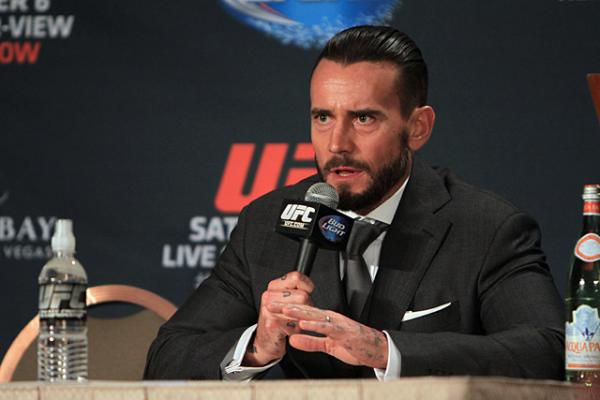 Before its premiere on April 22, the latest American season of The Ultimate Fighter was heralded as something new and exciting. Instead of focusing on the traditional group of fighters selected from around the country and coached by two of the UFC’s better-known competitors in the promotion’s Las Vegas-based facilities, TUF’s 21st edition hails from South Florida and pits fighters from the region’s two most prominent MMA camps against one another to determine which gym is best. On its face, the new season did seem like it would have the potential for both great fights and some camera-friendly drama, given the existing rivalry between American Top Team and the Blackzilians, but we’re now three episodes in and things are starting to feel awfully familiar.

We’ve seen the usual conservative offensive strategies implemented by fighters competing in the show’s initial bouts. We’ve seen the two rival coaches harping at each other during weigh-ins. We’ve seen the sort of team-centered gamesmanship resulting in a lot of tough talk and puffed-up chests, and we’ve seen UFC President Dana White complain about the quality of the fights. We’re a scuffle started by an inebriated fighter away from hitting TUF Bingo. Really the only thing that’s changed is the implementation of a weird point system instead of conducting a true tournament, meaning that some of the show’s selected participants might not even fight this season.

Here’s the main problem with this season, though: MMA is an individual sport, so the vast majority of fans don’t really care about specific teams. When we talk about what we love about MMA, we talk about the best fighters, but we also talk about our favorite fighters — those men or women who might not be championship contenders but display the sort of fighting spirit that captivates audiences. We talk about the sport’s best fights throughout its history, but we also talk about our favorite fights — the sorts of back-and-forth brawls or dominating performances that remind us why we love the sport so much. While we might talk about which MMA camp is best, how many times have you heard MMA fans refer to their favorite team?

Unless you are a hardcore MMA fan who lives in South Florida, the rivalry between American Top Team and the Blackzilians probably doesn’t mean much. Fans might love to watch ATT’s Robbie Lawler or the Blackzilians’ Anthony “Rumble” Johnson throw down in the cage, but that definitely doesn’t translate into affinity for those fighters’ up-and-coming teammates. So here we are again, but I haven’t just come here to complain.

Instead, allow me to offer an easy way to immediately make The Ultimate Fighter relevant not only to the dedicated MMA fans who probably tune in anyway, but to a much wider audience who have maybe never watched the show before. This idea would make a minor celebrity out of a fighter whose current dedicated fanbase could probably be counted on two hands and serve to add even more hype to what will surely be one of the UFC’s most talked-about fights.

For its next season of The Ultimate Fighter, the UFC should stage a middleweight tournament to determine CM Punk’s first MMA opponent. Here’s why this works:

First, Phil “CM Punk” Brooks is one of the most well-known athletes currently under contract with the UFC, so simply having him involved even in a tangential way would pique the interest not only of casual MMA fans, but of the significant group of pro-wrestling devotees who have been waiting to see CM Punk do anything since he left the WWE last year. Boom… instant viewership bump.

Second, instead of bringing out an inexperienced fighter almost completely unknown to most of the people who will watch CM Punk’s first UFC bout, a full season of TUF would allow fans to get to know Punk’s eventual opponent and perhaps give him some Rocky-style underdog support from fans who would otherwise refer to him as “the guy that CM Punk is fighting.” (The irony, of course, is that this fighter would almost certainly be the betting favorite, but let’s ignore that.) The inclusion of a former pro-wrestling superstar on a UFC event is going to attract a lot of attention either way, but why not add to it by letting the interested public learn more about the guy who will stand across from him?

Finally, this format would inject the season with some real, significant meaning. In most of the past TUF seasons (with a few notable exceptions), the winner has been awarded a contract with the UFC that generally places its recipient somewhere between the fourth preliminary bout and the bottom of a Fox Sports 1 main card. This has no doubt been a great opportunity for the MMA prospects who have won these past seasons, but from an exposure standpoint, these past prizes pale in comparison to what the hypothetical winner of The Ultimate Fighter: Punk Puncher would experience. The UFC is almost definitely going to feature CM Punk on the main card of one of its biggest pay-per-view events, so his opponent would go from unknown regional fighter to appearing on what will likely be one of the UFC’s most-watched pay-per-views, just like that. That’s pretty significant.

Of course, there are drawbacks to this plan. Namely, this idea would postpone CM Punk’s UFC debut for several months while the TUF tournament to determine his opponent is organized, filmed, edited and broadcast. That said, though, the UFC has yet to officially announce a date for CM Punk’s first fight, so if the company got things situated by the end of June, filmed until mid-August, edited for a few weeks and then broadcast from September to November, you’d have a fight between CM Punk and his now-much-more-well-known opponent tailor-made for the UFC’s annual year-end extravaganza.

It looks like the UFC recently conducted lightweight and welterweight tryouts for the next season of The Ultimate Fighter, so the chance of any of this CM Punk-related stuff actually happening is probably pretty slim. Still, the UFC has now tried a few different things to generate more excitement for its flagship reality show (broadcasting fights live, crowning a new women’s strawweight champion, team vs. team competition), but none of them have brought The Ultimate Fighter a significant and sustained boost in the ratings. Maybe having TUF turn into a contest to fight a former pro wrestler wouldn’t make a difference either, but isn’t it worth a try?