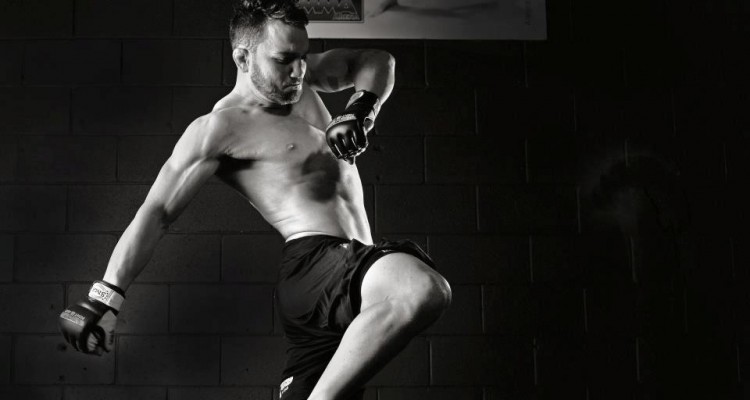 THE BADGER IS BACK IN TOWN!!!

Wow, I’ve missed you guys, and I’m going to assume you’ve missed me too, to keep my self-esteem at an all-time high.

So much has happened since I last ranted one here. I defeated acute renal failure and rhabdo, drowned my sorrows beneath an unfathomable amount of donuts, refocused, rebuilt the Relentless Badger and successfully returned to the UFC as a welterweight. I feel great at 170 pounds, and I sincerely want to thank everybody who kept believing in me and supporting me after my disappointing decision loss in Macau as a lightweight.

The decision to move to welterweight was an easy one, as I feel so much stronger and more durable at 170 pounds. As a lightweight, so much of my time and energy was spent trying to make weight that I didn’t have much in the tank to work on technical skills during my training camp. I essentially became a black belt at making weight and re-entering the Octagon almost 30 pounds heavier the next day, but the cut was so harrowing that I literally could barely stand, let alone move my legs come round two of my lightweight fight in Macau.

I was obviously disappointed in the result that night, but also found a silver lining in the fact that even when I was at my physically weakest point and my body was quite literally shutting down, I refused to accept defeat and continued to fight to the final bell. It’s a term often cheaply thrown around — guys claiming they would fight to the death — and I gained so much mentally and spiritually that night when I discovered that, for me, it wasn’t just a cheap saying.

After I recovered physically from that disastrous cut, I began the process of rebuilding myself to make the move back up to welterweight. After a lot of lifting sessions at Gamebred Combat Cub and steadily chipping away at my goals, I slowly began to feel like my old self again. I got back to doing my old-school sessions, with plenty of odd-object lifting, sledgehammer work, Atlas stone lifting and good old wrestling. After getting my base back, I called in the big guns: Sydney-based strength and conditioning coach Jonathan Bailey. Jono programmed my S&C for the Adelaide fight, and he monitored my training volume and intensity to ensure I didn’t over-train and peaked at the correct time.

Another great addition to my camp for my welterweight return was Dorian Price — or, as we like to call him in the River City, “The Chocolate Wizard.” Dorian has years of both elite-level Muay Thai and MMA under his belt, and he offered a lot to my training camp. I owe him a lot for his experience, guidance and generosity. The only other MMA fighter he trains is one of my heroes, Matt “The Immortal” Brown, and I really enjoyed learning the unique tips and tricks that I’ve watched Matt use successfully in the UFC for so long.

I knew I was the underdog coming in to my fight at UFC Adelaide. I was going to be the smaller fighter, up against a guy who was known for his power punching and had been known to knock out some tough guys. I didn’t pay too much attention to what was being said, but I knew that the common consensus was that I wouldn’t want to stand with Vik Grujic for a second, and that Vik would most likely knock me out. So, I’d just like to take this opportunity to point out to all those that doubted me, that a) Yes, I could probably get a stunt double role as Gimli in Lord of the Rings; b) I actually did stand with Vik, and I landed heavy shots and a head kick (I was as surprised as you were); c) Vik did land clean shots on me, I ate them and proved that the Badger has a granite chin; and, d) I won.

All in all, it was a really fun fight to be a part of. Vik and I both had our moments. He was as strong and tough as I’d anticipated. We both knew we had a lot to lose, and we fought accordingly. I really felt, given the crowd’s reaction to our sometimes reckless exchanges and all-or-nothing battle, that we would have come close to the ever-elusive $50,000 bonus. But, hey, there’s always next time, and you can bet your bottom dollar that I will always come ready to fight like it’s my last fight every time I step in the Octagon.

Perhaps my proudest moment came after the fight, when Dorian exclaimed, “You just gave me six heart attacks having a shootout with that guy! How did I end up with another Matt Brown on my hands?!” Yep, it wasn’t so much the win that did it for me, or the money. It was having a war that the crowd loved and being compared to a tough fighter you’ve looked up to for a long time. That was definitely my highlight.

I don’t know exactly what’s ahead for me in the UFC, but I’m as enthusiastic as ever. I feel great at welterweight, and I will only improve as I solidify myself at this weight and continue to grow technically as fighter under the guidance of my coaches.

I’d like to thank my family and friends, who have supported me since the start of my career and continue to give me great support every day; my gym, Gamebred Combat Club in Brisbane, and Alliance Jiu Jitsu Australia — both are amazing places to train with incredible coaches, and provide a friendly but competitive atmosphere.

Can’t wait to be back on the mat, continuing to learn and evolve!