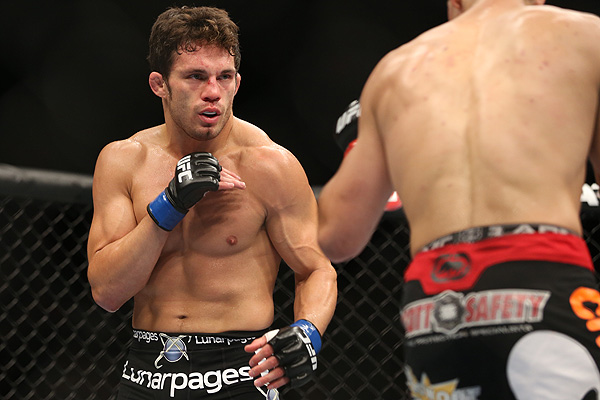 On Saturday, Feb. 28, the UFC hosted UFC 184: Rousey vs. Zingano from the Staples Center in Los Angeles.

The champion Rousey entered the fight undefeated through her first 10 career bouts. The former Olympic judoka had gone past the first round just once in her career. After capturing gold under the Strikeforce banner in 2012, Rousey took the UFC by storm. The 27-year-old had won all four of her bouts with the promotion, including back-to-back stoppages via strikes.

Zingano, meanwhile, returned to action for the first time in over a year at UFC 178. The Colorado fighter scored a third-round TKO win over Brazilian Amanda Nunes to secure her shot at Rousey’s belt. Zingano had previously earned a title shot with a third-round stoppage of Miesha Tate at the TUF 17 Finale, but a knee injury forced her out of the bout. Like the champion, Zingano had never tasted defeated in her nine-fight career. The 32-year-old has seen the scorecards just once in her career.

Above are video highlights of the main card bout between Ellenberger and Koscheck (courtesy of the UFC).