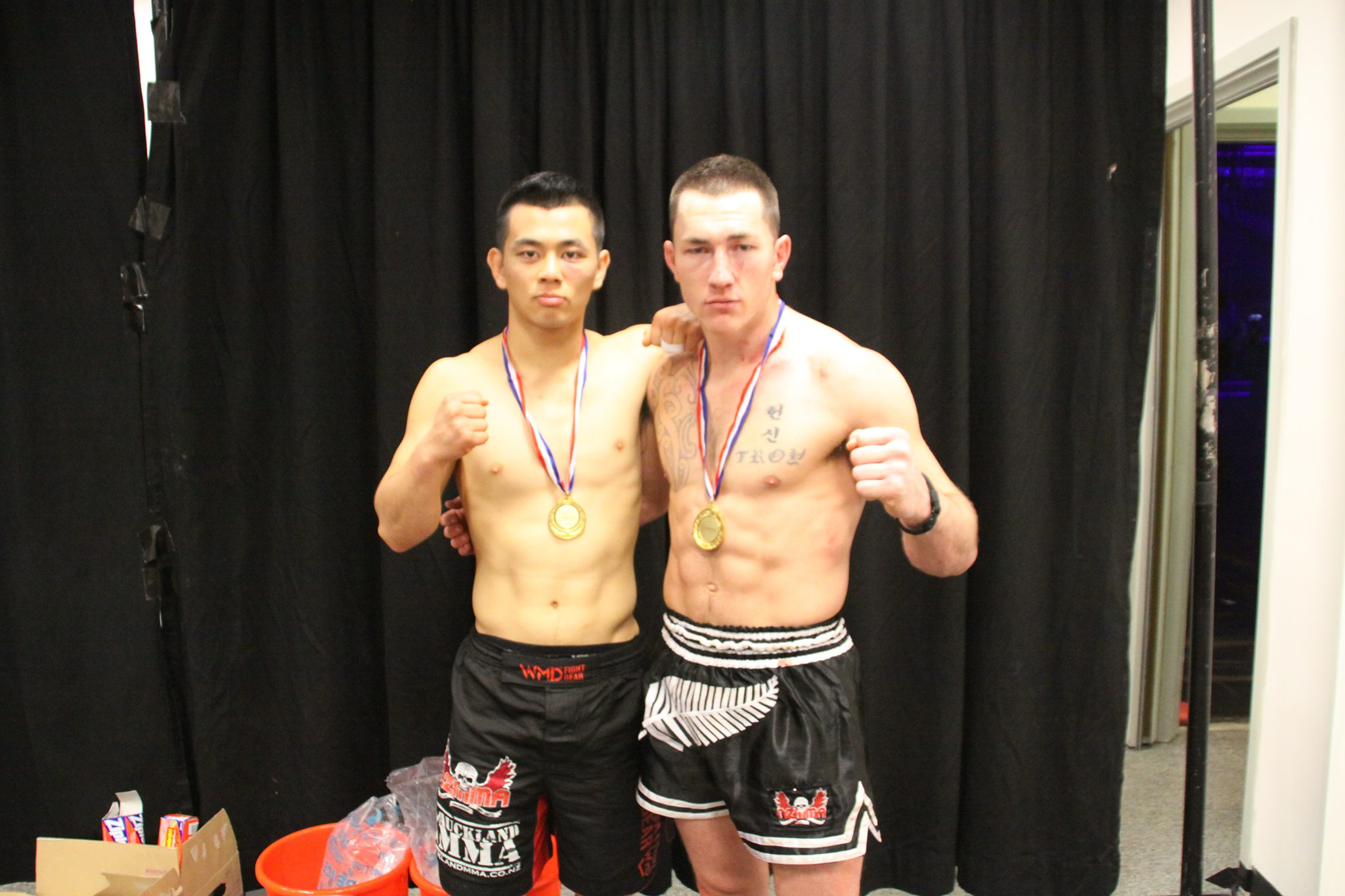 The wind cuts through the black Fairtex singlet as Luke Jumeau walks along the beach. His feet are in the water as the waves crash down to the sand. This is paradise. The beach is empty except for a few tourists making their way back toward the street in an attempt to call it a day. A local rides by on his bicycle, but all that can be heard is water meeting the sand. It’s a far cry from Jumeau’s usual surroundings in the populous New Zealand city of Hamilton.

Welcome to the life of a Phuket Top Team fighter.

“At the moment, I’m doing six- to eight-week camps over there [in Thailand]. But, before, I was over there for about seven months solid, so it was really good to up my game and keep my mind on it and only focus on that and not [on] working,” Jumeau explained to Combat Press. “For seven months, it was me, my partner and my baby. We were all over there going through it and living the life. It was awesome. It was good to have them there. You need that downtime from the hard training, so it’s good to have that mental downtime and just relaxing with the family and that.

“It’s just been amazing. I was contracted to Legend FC, and when they sorta fell, it was quite bad for me because everything was going good. And after that, it was sorta hard to find fights. I took a fight on short notice and things like that, and it sorta all went downhill from there. From one of my fights with Legend, that’s where I got in contact with [Phuket] Top Team. They saw one of my fights and everything sorta went up. Then, I made the move and got offered the opportunity to go over there. I packed everything up at home [and] went over there, and it’s a new lease on life. Training full-time, it’s just phenomenal over there. The guys that flow through, they’re all over there for the same reason and makes you wanna work harder.”

Phuket Top Team serves as the home to some of the best fighters in the Asian region, and the camp also has the means to get Jumeau a foot in the door with the UFC. Almost every fighter in the world strives to fight inside the Octagon, and Jumeau shares that dream. He hopes he might realize that dream this year.

“Phuket Top Team and the management over there have been in contact with the UFC and Joe Silva, the matchmaker, and they’re really keen to get me in there,” Jumeau revealed. “They just want me to get at least one more win or a good name under my belt, and we know that this year is gonna be the year. I’ve evolved so much, and I just feel indestructible and invincible.”

When it comes to winning the all-important fight that could land a UFC hopeful in the Octagon, it can be a common sight to see a fighter take the easy route and find a favorable match-up. For Jumeau, though, it’s not only about getting into the UFC. It’s also about showing why he deserves to be there, and for that very reason he is trying to source the best opposition against whom he can showcase his skills.

“We want a good name,” Jumeau admitted. “We want someone who is high caliber and things like that. The better the person, the better it is for me, you know? It’s all gotta work out, though. That’s the hard thing about not being contracted. You’ve gotta find the show and then find an opponent and mak[e] it all happen. Fighters pull out and all that sorta stuff, so time is a bit of an issue there. Whereas, if you are contracted somewhere, it’s either you take the fight or you lose your job [laughs].”

2013 and 2014 were years of polar opposites for Jumeau. In 2013, the Kiwi posted back-to-back losses in bouts taking place about two weeks apart. Some much-needed time off followed. Upon his return, Jumeau fought under the Global FC banner and managed to win two in a row, both by way of stoppage. It’s important for Jumeau to look back at 2013. It reminds him that he never wants to feel that way again.

New Zealand has always had its fair share of combat-sport athletes who call the country home. It wasn’t until 2014, though, that the country had its first homegrown fighter competing in the Octagon. That was when New Zealand-based Dan Hooker got his shot at UFC Fight Night 43.

“That was amazing, man,” Jumeau said. “I’ve trained with Dan heaps, and he just had the perfect run. It’s just amazing. It opens the doors for all of us. He was the first one to do it, and it just shows the pathway. And I’ve got so much respect for him for doing it and motivation for myself.”

Winning another fight isn’t the only thing that Jumeau knows he needs to do in 2015. A following on social media can be the key to a fighter getting their shot sooner rather than later, and Jumeau knows he has to embrace the concept of social networking in order to get the call he’s been working the last six years to earn.

“Everything is about social media these days. Not only do I have to be good enough to get on there, I have to make them money, you know?” Jumeau explained with a laugh. “That’s it, though. I think I’m exciting enough on there and I’ve got the skills, and now it’s just a matter of getting there to prove it.”