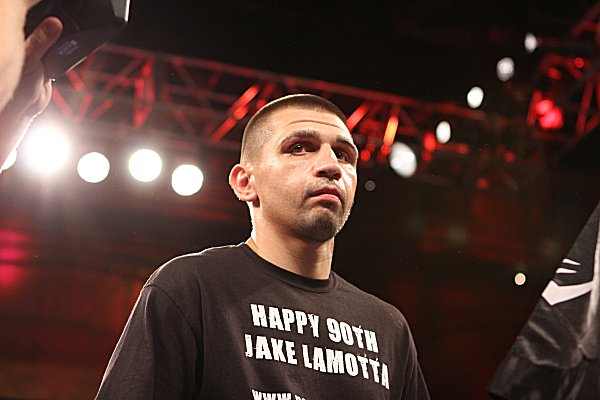 The Golden Rule of combat sports is that the fighter’s safety is the top concern. Well, that is unless you’re strapping on a pair of four-ounce gloves in Illinois.

This past weekend, former boxer Pawel Wolak was scheduled to make his MMA debut at the American Predator Fighting Championship 17 event in Hoffman Estates, Ill. Those plans fell through, however, when Wolak was not licensed to compete by the Illinois Athletic Commission. The reason? Wolak needed to have an amateur fight to get more cage time in. What makes the decision even stranger is that Wolak is already a licensed MMA competitor in New Jersey, a state with an athletic commission that is among the most respected and strict in the combat-sports business.

Kevin Iole of Yahoo Sports did an excellent job covering the incident when it initially became clear Wolak wouldn’t be competing. He also highlighted the hypocrisy of the Illinois commission. Iole reported that Sue Hofer, the commission’s public information officer, informed Yahoo Sports that the state requires prospective MMA fighters to have five amateur bouts before being licensed as a pro. That would seem to discredit Wolak who, as mentioned before, was making his MMA debut. However, there’s one loophole in the commission’s administrative code which provides an exception. It says if a fighter is able to “demonstrate exceptional fighting ability, as shown by the applicant’s competition and training history, in combat sports, wrestling, grappling or martial arts, as determined by the Division,” then they can bypass the required amateur bouts. That’s a very ambiguous statement, as it leaves quite a bit of room for members of the commission to determine what qualifies as “exceptional fighting ability.” Either way, Wolak’s record and accomplishments in professional boxing would certainly meet those qualifications. Outside of Wolak’s boxing career, he’s been training under the highly regarded Renzo Gracie and even received a vote of confidence (a letter to the Pennsylvania commission praising Wolak’s skills as a mixed martial artist) from former Bellator champion Eddie Alvarez. As Larry Hazzard Sr. said in Iole’s piece, “If Gracie is ready to put him in, you better believe he’s ready.”

The notion of Wolak not being qualified enough to compete in professional MMA is a joke in itself, and even more so considering the original opponent for Wolak was a fighter with a 6-6 professional MMA record. His replacement was a guy with a 0-1 professional record. But beyond the comedic attempt by the Illinois commission to wield its big stick of power, there is a real concern for a guy like Wolak competing in the amateur ranks.

As a professional boxer, Wolak was once ranked as high as No. 3 at super welterweight and holds a professional record of 29-2-1. You certainly won’t find an amateur competitor with those qualifications. The amateur MMA scene in Illinois (or across much of the country for that matter), is a throwback to the old days of MMA. There are constant mismatches, guys facing the proverbial tomato can in an effort to pad their record and a slew of fighters who serve as nothing more than a warm bodies to take up a spot on a card. For example, there are numerous amateur fight cards that feature guys coming off losses fighting for titles based simply on the fact that they’ll sell tickets. The local MMA scene in Illinois has improved since the state added more regulations, but it’s a far cry from the organized sport many fans know from bigger professional leagues.

If the commission is going to say that Wolak must compete in an amateur bout, there’s no way to properly match him up in a fair fight. Unless the commission can persuade another highly ranked professional boxer or grappler to compete in an amateur bout (which would mean no fight purse), there simply isn’t a worthy challenger for Wolak in the amateur ranks. Furthermore, any potential opponent is stepping into the cage with a man who could cause serious or even permanent damage to them. Isn’t that what a commission and its regulations are meant to prevent?

The Illinois commission had the chance to bring a high-level professional competitor into the state, but instead fell flat on its face by denying the fighter a license. Wolak is a known name and the APFC 17 card was a big event in Northern Illinois. The card still managed to draw a good crowd without him, but it could’ve been a lot better had Wolak competed as originally planned. Considering the amount of ridicule the state of Illinois received after the Rod Blagojevich political disaster, along with the ever-growing level of violence in Chicago, this story is just another example of how the “system” failed. Now, other big-name fighters facing a similar situation to that of Wolak may not be as likely to visit Illinois knowing the commission isn’t afraid of looking ridiculous while preventing a big fight from happening.

Hopefully the commission learns from its mistakes and is able to draw in more talented fighters to compete on professional cards, because there is a ton of potential for promoters to make money in the MMA game around Chicago and in Illinois in general. There are only a handful of local promotions capable of putting on big shows, which means there’s plenty of cash to be had by everyone. That is, if the Illinois commission can avoid tripping over itself again.