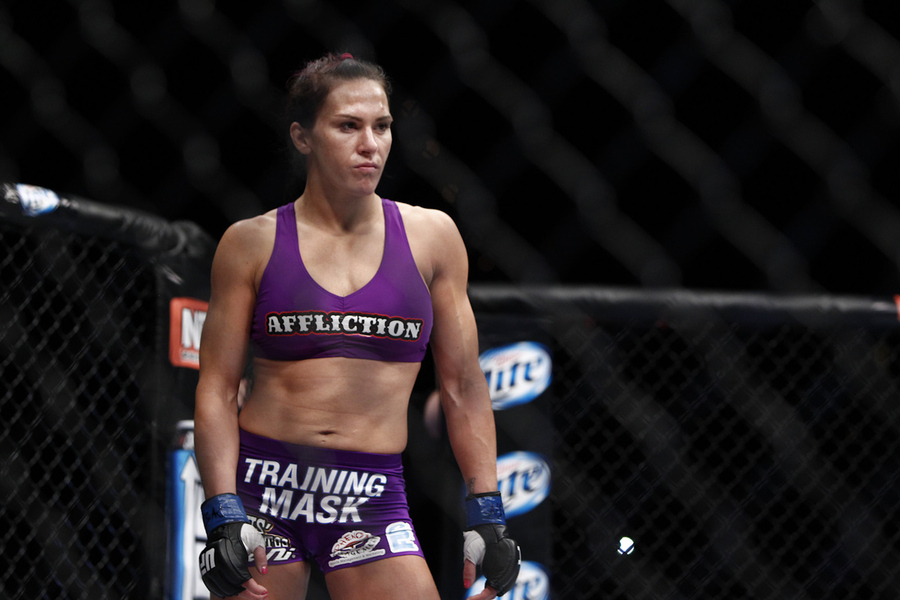 Dropped out of the rankings: n/a

Let’s face it, the lightweight division is in its infancy. Outside of a few fighters, most of these women are inexperienced and lack a lot of quality fights. However, there are some recognizable faces. Of the top 15, Charmaine Tweet, Veronica Rothenhausler and Elina Nilsson have all been ranked at 145 pounds. Lightweights aren’t bound to get a ton of fights, but a few ladies are set to go in the near future. Jozette Cotton will take the first women’s fight in Bellator since the company reinstated its women’s division. Meanwhile, Bobbi-Jo Dalziel will look to keep her record perfect when she takes on fellow Canadian Anna Barone. So, although lightweights aren’t the most busy women in MMA, there are a couple women on deck and ready to scrap.

Four women left the featherweight rankings this month, meaning four other women jumped into their spots. Charmaine Tweet took her second fight at lightweight in a winning effort against Veronica Rothenhausler, so she was one of the four to leave. Latoya Walker continued her march up the rankings with a win over Anita Rodriguez this month. It was enough to catapult her closer to the top three. Next month, Marloes Coenen makes her Bellator debut opposite fellow top-10 fighter Annalisa Bucci. It’s a contest that is bound to shake up the featherweight division further.

Dropped out of the rankings: Germaine de Randamie (14)

The bantamweight division was really cooking in the month of September, as the UFC produced several awesome 135-pound bouts. Cat Zingano returned from a long layoff to defeat Amanda Nunes, despite almost getting finished in the first round. In Japan, Miesha Tate rudely welcomed Rin Nakai to the UFC cage with a convincing decision win. In Brazil, Jessica Andrade derailed the hype train of Larissa Pacheco with a one-sided drubbing. It was short notice for the young Pacheco, therefore she cannot be dismissed as an overrated prospect. Tonya Evinger jumped into the rankings with an upset submission of Ediane Gomes. It was an impressive win that has people taking a second look at The Ultimate Fighter alum. Things will be quiet in the near future, but with how talented the division is, we’re never far from a fight.

The flyweight division continues to lose women to the two most popular division in women’s MMA—bantamweight and strawweight. Brenda Gonzales, Alexa Grasso and Delaney Owen all vacated the 125-pound division, but three other women fought in September and took their spots. DeAnna Bennett topped Michelle Ould in impressive fashion to jump back into the top five. Roxanne Modafferi returned to the rankings for the first time in years with an impressive, dominant win over fellow veteran Tara LaRosa. The other woman who jumped into the rankings, Debora Ferreira, defeated Julia Borisova in the XFC flyweight tournament to advance to the semifinals. In October, Viviane Pereira will fight Fernanda Pinheiro in Brazil and Elaine Albuquerque takes on Gisele Campos in the same country on a different card.

Dropped out of the rankings: Herica Tiburcio (15), Tina Lahdemaki (15)

The Ultimate Fighter 20 is underway, and we have seen some great things on the show thus far. Although Tecia Torres took a loss to Randa Markos in the opening episode, the rankings stand pat as those are exhibition bouts and do not technically count on their pro records. In Invicta, Katja Kankaanpaa won the vacant 115-pound title with a comeback victory over Stephanie Eggink. It was a fifth-round submission that saw Kankaanpaa get dominated in the four previous rounds. As TUF continues to roll on, we will see more of these women in action.

Dropped out of the rankings: n/a

The atomweight division had some good fights in September, including one featuring the division’s top fighter. Michelle Waterson successfully defended her Invicta title against Yasuko Tamada in what can only be described as a thrashing. Tamada showed great toughness, but she was completely overmatched. On the same card, Jodie Esquibel won a close decision over Jinh Yu Frey in a bout that could have gone either way. Next month, Cassie Rodish will face off with Raquel Magdaleno in the RFA with a chance to make a big move in the atomweight division.