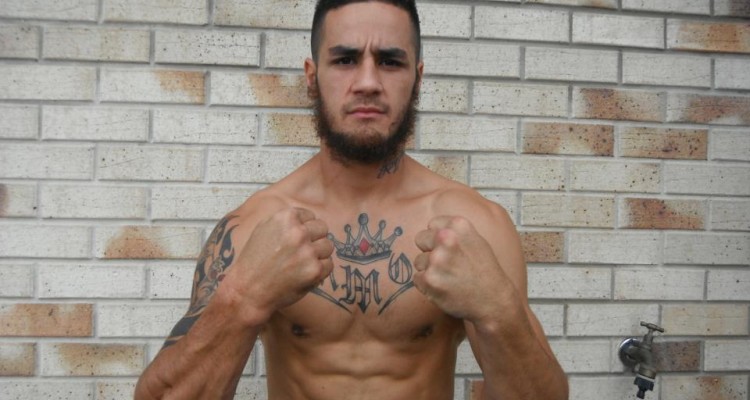 Australia’s Dane Mulivai: No Holidays in the Ring

The work day just drags on. It’s life. It’s mundane. The hands on the clock seem to be at a standstill.

Staring up at the clock, Dane Mulivai knows that there is more to life than working on somebody else’s time. His dream—his passion—is to train others and to see how far he can take his love of combat sports.

As the clock ticks away, so too does his desire to be a slave to 9-5 work. Sure, he is grateful that he has a job that pays the bills and an employer that has helped him work toward a dream, but sometimes life should be about more than just paying bills.

“I’m a coach now. I do that full-time and I don’t work in a factory any more,” Mulivai told Combat Press. “It has probably been about six months now. Man, it was the best, and now I’m my own boss. I didn’t give up [working] straight away; I just slowly worked my way out of it. I went from working five days and cut down to four days. And from four days I went back to three, then two, and eventually I said, ‘Okay, guys, thank you for the job, [but] I’m outta here.’ That was the best day of my life.”

Some fighters dream of owning their own gym, having their own clients and having a means to support themselves that doesn’t interfere with their training. Starting a new business isn’t easy, though, and it’s certainly not a get-rich-quick scheme, that’s for sure.

“It has been a lot of hard work,” Mulivai admitted. “It’s still been hard to focus on it a lot because of my own training and that, but I’ve picked up quite a bit of clientele now so that the All Dae Gym is getting out there now. It sorta does speak for itself when I’m having fighters come over to tune up for a fight as well.

“It’s still hard work, and nothin’ is ever easy, you know? With me doing my coaching, my training, my gym and all that stuff, I’ve still gotta put in the hours for it to be successful [because] I’ve just started. It’s a matter of me developing it myself. So, at the end of the day, if I don’t put in the work, it’s not gonna happen. Hey, it’s like this—I don’t have that steady income where every week I’m paid from work and stuff, so now it’s like a hustle, every week and every day. But it’s pretty good. I have some good support and the missus. She works full-time, so it does help me a lot.”

Mulivai’s desire to strive for success isn’t about him. It isn’t about having his name in lights or about being a household name. For him, the bigger picture is about being able to support his family. His wife and kids are the reason he works so hard. They are why he loves getting up every day to continue working harder.

“I have my son here,” Mulivai exclaimed proudly. “Man, this boy, he’s always next to me, wherever I go. It is the kids that really drive me to try and be successful. All the hard work that my wife and I do, it’s all for them and their future and that. Having my gym—now that I can prepare my day, I can have a day off and spend time with my kids and stuff like that. When I was having to go in and do the factory work and stuff like that, I was programmed to be there at this time or whatever. I mean, there were some days where I’d go to work and wouldn’t see my kids and I’d get home and they’d be asleep, but now I have all the time in the world to chill out with them. That makes the career change worth it.

“My family and I, we go to Samoa on the 22nd of November, and while I’m there I’m still gonna be training over there. Even though I’m on holiday, there’s no holidays, man. The things you’ve gotta do, man [laughs]. It’s all good, though, [because] I’ve got the Samoan boxing team and the president of the boxing association and that. They know I’m coming down, so I’ll have all the sparring and that and everything I need. There’ll be no shortage of training partners over there, trust me.

“Back in 2010, when the Samoan team came over to Australia, I gave my opponent at my division in the Oceania, I gave them, like, boxing gear and things that they’re not able to get over there—[because] you’ve gotta remember, it’s not a rich country and they wouldn’t be getting the same stuff that we’re getting over here in the Australian team. Things like that, people don’t forget, and they’re more than happy to help me out any way they can. It’s just, in the Samoan culture, if you help one another, everyone can benefit from it.”

Mulivai returns to the boxing ring after scoring a first-round knockout on Oct. 10. His next bout takes place on Nov. 6 in Broadbeach, Queensland, Australia, against James Porter. Porter is riding a four-fight winning streak with two straight knockout victories.

“I got a good knockout win a couple of weeks ago and I’m sorta back on track and I’m looking forward to next week, that’s for sure,” Mulivai said. “I’m always confident, man, but it’s still a little weary at the same time, facing a bigger opponent. But, you know, size doesn’t matter.”

Earlier this year, Mulivai suffered his first professional loss across boxing and mixed martial arts when he went the distance against Jake Carr for the Australian super middleweight title. His next fight ended in a loss by split decision.

“It didn’t really affect me at all,” Mulivai admitted. “I’ve been asked this question a lot, man. It didn’t affect me at all. I was prepared for it and I knew it was just a matter of time. I kept bouncing from one thing to another. It was all good.”

With much of his year spent inside the boxing ring, 2015 is going to see Mulivai step back into the cage, with XFC Australia as the likely event to host his mixed martial arts return.

“I’m going back to MMA next year,” Mulivai revealed. “I’m going back into the cage because there needs to be some knockouts in the cage. That’s something that I think lacks in MMA in Australia. There are a lot of fights that go to points or decision or whatever. I’m looking forward to going back. I’ve been approached by a few MMA promoters too. So it’s like I’m still wanted to be on shows, so I’ve gotta take advantage of that while I can.”