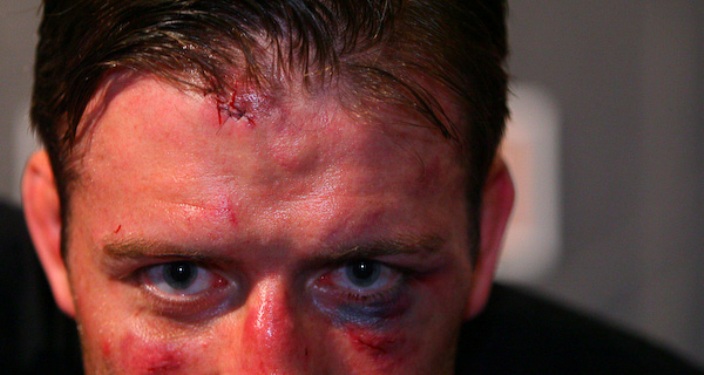 When Scott Coker took over for Bjorn Rebney at Bellator, a new era began for the MMA world’s second biggest promotion.

Change was bound to happen, and it started in the right direction with the release of lightweight champion Eddie Alvarez, who was previously wronged by the promotion. But then Bellator took a step in a weird direction and left many MMA fans scratching their heads when it signed Stephan Bonnar. The move left Bellator’s collective group of fans with one question: “Why?”

In 2012, Bonnar and Anderson Silva faced off in what turned out to be Bonnar’s last fight before his retirement from MMA. The fight wasn’t even close. Despite Silva fighting up a weight class on short notice, Bonnar had nothing to give. It was a one-sided affair that made it obvious that the end was near for Bonnar’s run inside the Octagon.

After the fight, Bonnar tested positive for performance-enhancing drugs. It was second time in his career that he was busted. He was already hanging up the gloves, so it didn’t matter. His career was effectively over. Once he got inducted into the UFC Hall of Fame—an induction which came with its own controversy given Bonnar’s status as a middle-of-the-road guy outside of the huge Forrest Griffin fight—his life seemed to be headed in a different direction.

Now, the 37-year-old is back, and he is potentially headed for a fight with Tito Ortiz in Bellator’s thin light heavyweight division. Bonnar is a name people know thanks to his first fight with Griffin. That legendary fight turned a lot of heads toward MMA with his all-out war against Griffin. But his skill set, which was never much beyond that of a brawler, has further deteriorated as the years have gone by. He doesn’t have what it takes to hang with Bellator’s best.

Essentially there is a leak in the boat and the promotion is throwing duct tape over the hole and hoping the boat doesn’t sink. Older, established stars are a temporary solution, but the division needs new talent. It needs young talent that can take a shot at the belt, and perhaps even win it. Emanuel Newton was a step in that direction, but Bonnar isn’t.

Bonnar is the short-term answer to Bellator’s light heavyweight woes. Instead of keeping Attila Vegh—a former champion in Bellator before Rebney wronged him—the promotion has signed Bonnar. It’s just one in a series of odd choices.

Bellator’s light heavyweight division is perplexing right now. Joey Beltran is getting a title shot in the division. That’s right, a fighter with just three wins since 2010 is in a championship bout. Taking that into consideration, anything is possible, including the possibility for Bonnar to succeed in the division.

The possible fight with Ortiz is one that has been brewing since Ortiz made a jab at Bonnar’s induction into the UFC Hall of Fame. The two traded words, and there is obviously tension there. Box one is now checked off for selling the fight.

The two are also names recognizable from their UFC days. They could easily be placed on Bellator’s next big card. So let us check that second box off.

Now it comes down to whether this is a fight fans will want to see. After Bonnar’s last outing, the subsequent failed drug test and a two-year layoff, the fight doesn’t have the relevancy to completely win over the fans. These are two guys who are fighting way past their sell-by dates. If this was 2007, then maybe, sure, go ahead and make the fight. But these are two men on the tail ends of their careers. For the two of them, the fight makes sense from a personal and financial standpoint. For the viewing public, not so much.

Bonnar doesn’t solve the problem for Bellator. Although he may become a name in the division, there isn’t a foundation to build on after he and other former UFC greats retire. Right now, Bellator’s light heavyweight division is a sinking ship. Unfortunately, the promotion is just diverting its eyes away from the cold watery depths below. Instead, Coker and company should look to take action with the future in mind.