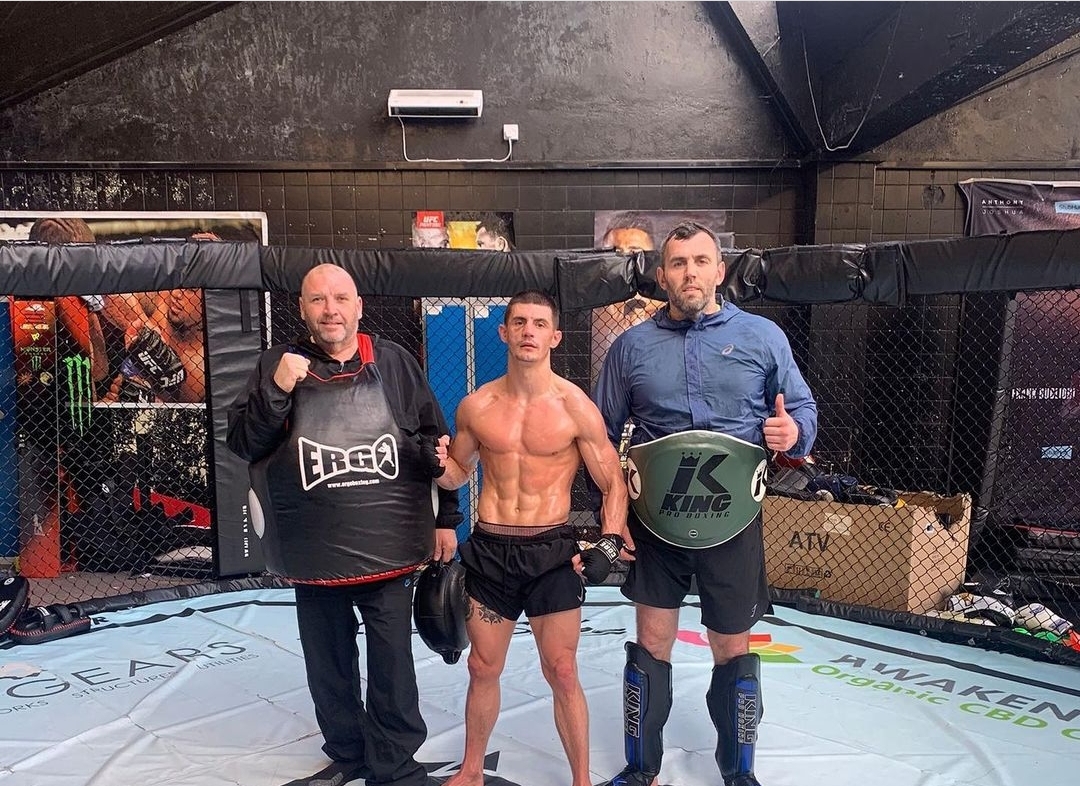 Throughout history, and all over the world, there are stories of combat sports athletes who got into fighting, because that just what they were born to do. Whether due to poverty, parents, the wrong friends, or just the general tendency toward physical battle, some people just like to fight.

England’s Jacob Smith has been focusing on Thai fighting as a career since he was in his early 20’s. However, growing up, it wasn’t as formal as one might think. He didn’t grow up taking karate or kickboxing in a gym.

“To be honest, I was a bit of a roughneck when I was younger, getting into mischief and stuff. Smith told Combat Press. “And then I got with my partner – my partner already did Muay Thai at the time. And, so she asked me to come along and try a session out. And I’ve never had done Thai boxing before either. So I went along, and, within a week, I did my first inter- club, which is sort of like a no-decision fight. And then, from there, mate, it just progressed rapidly.

Smith is from Birkenhead, just outside of Liverpool, and, like any Englishman worth his salt, he supports the local soccer team, Liverpool F.C. While his father was a hard worker, his mother had some issues, so when he and his younger brother were still young, they moved in with their grandmother. IT was there he lived until he met his partner Rebekah, and started his Muay Thai journey. That was ten years ago.

ThaiFist, in Birkenhead, is the home camp for Smith, but he also trains at Bad Company in Leeds and 4 Corners Combat Gym in Liverpool. While he made his pro debut several years ago, since Muay Thai records are not tracked as closely as most MMA or boxing records, there aren’t really good official records to track. In Thailand, some of those athletes fight almost weekly. And, there are Russian fighters who show up with a 6-1 record, who actually have almost 50 fights. For Smith, he has a general idea on how well he has done so far.

“To be honest, I haven’t even had that many fights, admitted Smith. “So, like, the top Thais, their records are definitely not accurate 100-percent. But, I would say mine, as a pro, is probably around 15 wins [and] four losses – something like that.”

The last time Smith fought was Mar. 19, when he fought for a WMO international title in S08 Promotions in Liverpool. He came out with a decision win, but faced some stiff competition in Spain’s Ricardo Alvarez.

While it was nice to pick up a title, that was not the trajectory that Smith thought he would be on at this point. In Mar. 2020, he was scheduled to make his ONE Championship debut against Thailand’s Superlek Kiatmoo9, but that event was scraped due to COVID-19. Then, in Apr. 2021, he was supposed to take on ONE’s flyweight Muay Thai champ, Rodtang Jitmuangnon, but people from the U.K. were not allowed to enter Singapore, and he was replaced by Australia’s Danial Williams.

Even though the ONE fights were scrapped, and he was unable to make his promotional debut, Smith stayed active, training and fighting. However, tomorrow night, at ONE 157, the time will finally come for the Brit to make his appearance on the biggest global Muay Thai stage.

It was announced several weeks ago that ONE Championship would be hosting a flyweight Muay Thai grand prix, and the first round takes place at ONE 157. The quarterfinals will showcase eight of the best Muay Thai fighters in the world, and there will also be two alternate bouts on the lead card. Smith has drawn none other than the current champ Rodtang. However, regardless of how Rodtang fares in the tournament, the winner will only be the winner of the grand prix, and the promotion’s silver belt. Whoever wins will get a crack at Rodtang after the tournament for the official ONE flyweight Muay Thai strap.

Smith is very excited to have drawn the champ in the first round. After all, this fight was supposed to happen a year ago. He has been preparing for this match for a very long time, and he knows his opponent quite well.

“I’m not going to sit here and disrespect him,” said Smith. “He’s one of the most feared Muay Thai fighters on the planet for a reason. And, you know, I’m obviously going to give him the respect he deserves. But, I’m going in there, mate, to win 100-percent, and I believe 100-percent that I can beat him. That’s all I’m going to say. I’m not going to get into it too much, because I don’t want to start giving away tactics and game plans and stuff. And I’m going to beat him 100-percent.”

Rodtang has only lost one Muay Thai fight in the last few years, and remains undefeated in the ONE Circle. He’s got two wins over Smith’s countryman, and former ONE champ Jonathan Haggerty, and he has defended his title mutiple times. However, Smith is tough as nails and a hard-charger. He only has one goal for 2022.

Smith is going to be a relative unknown on the global stage, but make no mistake. The guy knows how to bang. Waiting any of his videos online, Muay Thai fans will see that he is for real, and in no way is being “fed” to Rodtang. He very much understands his standing as he enters the cage on Friday and is ready to make a big statement.

“I’m very entertaining, and I wear my heart on my sleeve,” said Smith. “I’ve got a big heart, and I’m coming to shock the world, to be honest. I’m probably the most unknown fighter in this tournament, as I haven’t fought in ONE Championship yet. I’m probably going to go from the underdog in the tournament to the favorite in the tournament in one fight. You’re going to see why ONE Championship signed me in the first place and why they wanted me to fight Rodtang so much anyway. I have a similar style to Rodtang – you know, the go-forward, pressure style. No matter who I fight, I’m always entertaining. I’m always going to bring it, no matter what. “

ONE 157 takes place Friday, May 20, live from the Singapore Indoor Stadium. The event airs live on the ONE FC website starting at 5 a.m. ET.