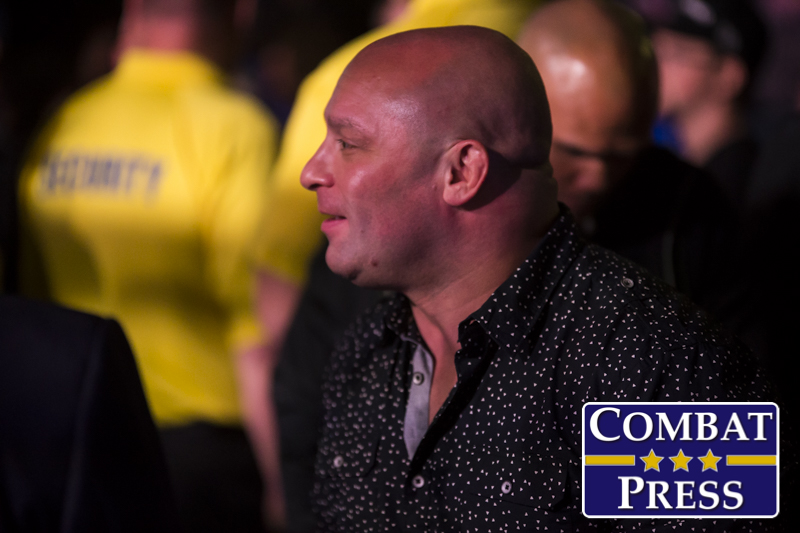 In a dramatic sport like MMA, there are ups and downs. For every crazy fight that takes place in the Octagon, some upsets disappoint audiences and cause outrage among fanbases. Sometimes, they are one and the same. Today we’re looking at the top ten upsets in UFC history.

Sometimes, these upsets are from gamblers who made a bad bet. If you bet on UFC fights often, you may have better luck with Fanduel’s MMA betting odds.

1. Matt Serra vs. Georges St-Pierre I
One of the earliest, and biggest, upsets in UFC involves Georges St-Pierre, one of the most dominant champions in history. Matt Serra was the winner of The Ultimate Fighter Season 4, and he was offered a fight against GSP in Apr. 2007 at UFC 69. As the underdog, Serra seemed pulled off the impossible, beating GSP with a one-two punch combination for a first-round TKO.
Advertisement

2. Demetrious Johnson vs. Henry Cejudo II
As one of the most influential flyweight fighters in the world, and the inaugural flyweight champion for the UFC, Demetrious Johnson had easily dispatched of Henry Cejudo in 2016. Then, two years later, everybody had Johnson pegged to win again. Johnson had been on a 13-fight winning streak, which started in 2012, and he was eager to make it 14 in a row. So, at UFC 227, there were a lot of bitter fans when Cejudo beat Johnson by a narrow split decision.
3. Nate Diaz vs. Conor McGregor I
McGregor’s first fight against Nate Diaz took place in 2016 as well, and it came after McGregor dispatched of Jose Aldo in just 13 seconds. McGregor jumped up two weight classes to face off against Diaz. This turned out to be a mistake, as the Irish fighter’s shots bounced off Diaz, who eventually locked in a submission.
4. Michael Bisping vs. Luke Rockhold II
After Michael Bisping fell to Luke Rockhold’s submission in 2014, revenge would come in, you guessed it, 2016. At UFC 199, Bisping faced Rockhold and quickly reminded him that it’s not 2014 anymore. Bisping punched Rockhold into a loss, securing bragging rights for his fans and upsetting fans of Rockhold.
5. Julianna Pena vs. Amanda Nunes
Amanda Nunes is often regarded as one of the best UFC fighters in history. That’s what made her recent loss to Julianna Pena shocking for many. Pena, a 7:1 underdog, locked in a second-round submission against Nunes.
6. Chris Weidman vs. Anderson Silva I
After having won 17 consecutive fights over 6 years, everybody agreed that Anderson Silva was one of the best fighters ever. Heading into his UFC 168 bout against Chris Weidman in 2013, Silva was at his most confident. This came out when he showboated in the Octagon, catching a strike he should have avoided.
7. Renan Barao vs. T.J. Dillashaw I
Back in 2014, T.J. Dillashaw was the underdog going into his UFC 173 bout against Brazilian champion Renan Barao. Barao had not lost for nearly a decade, putting down challengers the entire time. This time was different. Dillashaw dropped Barao with a head kick TKO. While Dillashaw had nothing but praise for Barao, commentators and fans were left surprised and dismayed.
8. Holly Holm vs. Ronda Rousey
Ronda Rousey is one of the most famous and accomplished female UFC fighters in the industry. Going into her 2015 bout against Holly Holm, everybody’s money was on the former Olympic-level judo star. Rousey was bloody after the first round and, in the second, Rousey suffered her first defeat.
9. Rose Namajunas vs. Joanna Jędrzejczyk I
As one of the better technical fighters in the entire UFC, Joanna Jedrzejczyk was expected to be the winner of her UFC 217 bout against Rose Namajunas. Jedrzejczyk was undefeated after winning all 8 UFC fights, 5 of them being belt defenses.

It was surprising when Namajunas sent Jedrzejczyk down with a TKO, all in the first round. Jedrzejczyk even tapped to the punches, which is a rare thing in MMA.

10. Gabriel Gonzaga vs. Mirko Cro Cop
Mirko Cro Cop is known for his brutal kicks, which made it all the more shocking when he was on the receiving end of one from Gabriel Gonzaga. Gonzaga’s first-round kick to Cro Cop’s head shocked those who were ready to see the heavyweight fighter take the championship.
Conclusion
Those are some of the biggest upsets in UFC history as of right now. There’s no doubt that there will be more as egos collide in the Octagon.
Advertisement