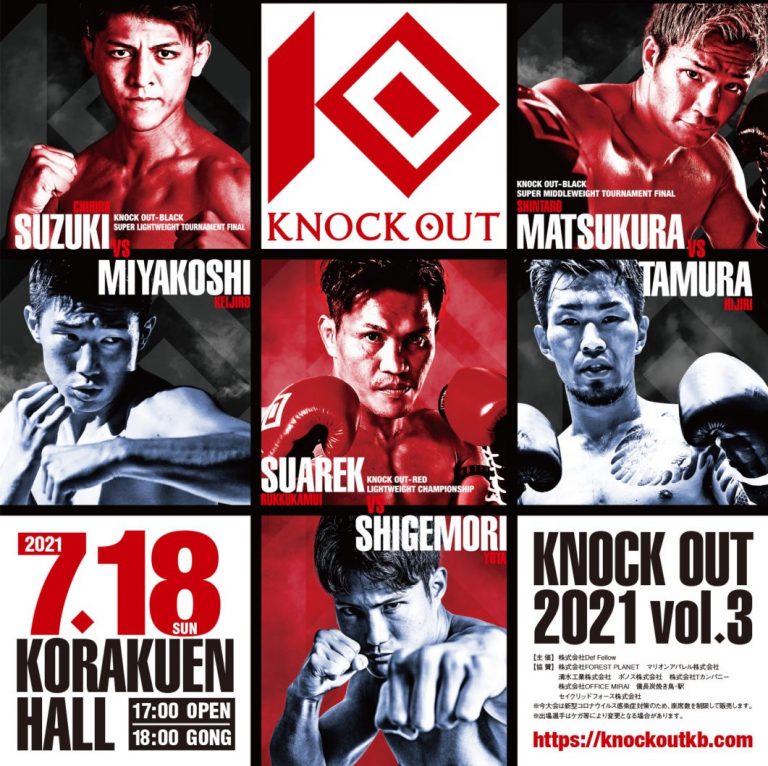 The card featured the conclusion of the promotion’s super middleweight and super lightweight kickboxing tournaments as Shintaro Matsukura and Hijiri Tamura battled for the 75-kilogram belt, while Chihiro Suzuki and Keijiro Miyakoshi met for the 65-kilogram strap.

Gold was also on the line in Muay Thai action as Suarek Rukkukamui and Yota Shigemori collided for the lightweight title.