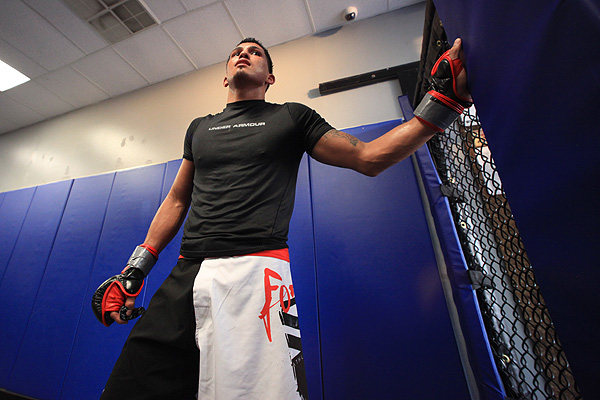 As the season approaches, Combat Press will preview each division. Let’s look at lightweight, where Natan Schulte seeks to repeat as the champion.

It’s doubtful that anyone who has examined this year’s lightweight roster considers there to be a different favorite. The former UFC champion is not only the biggest star in the field, but he’s clearly the top guy. Even at the time of his departure from the UFC, Pettis was still fighting the best the company had to offer. He’s also the biggest test for the multiple-time PFL tournament winner Schulte, who has run roughshod over the competition these last few years. Will Pettis be the new king of the PFL? Only time will tell, but many signs point to yes.

Collard has recently made a splash in pro boxing, where he’s played the spoiler in multiple fights and built himself a nice little niche on undercard bouts of solid boxing cards. Now, he takes back to the cage in a hunt for a million dollars. He’s tough as nails and never quits, meaning it’s hard to put him away and dangerous until the final bell rings. With the right match-ups, Collard could go further than people imagine. That said, he gets baptized by fire when he fights Pettis at the season’s first event.

The lightweight division might be the strongest field that the PFL will present this year, so picking a long shot is tough. Santos is the choice, though. He’s had a busy schedule, but he has lost only twice since 2018. That said, he’s fought against low-level regional talent. The two losses he had in this time came via a knockout to current UFC fighter Dricus du Plessis and a decision to little-known Daniil Prikaza. The best victory he posted came against UFC vet Craig White, who lost both of his Octagon appearances. The Brazilian gets the privilege of fighting late replacement Raush Manfio, though, as Olivier Aubin-Mercier had to drop out of their planned fight.

The Finals Prediction: Pettis vs. Schulte

The defending champ and the division’s biggest star are the two men that the PFL definitely want for the finals. Given their skill sets, it’s a great possibility. Schulte is a tough match-up for anybody, and he has shown in his past performances that he can take on the best the PFL has to offer. While there are some spoilers amongst the ranks, this seems to be the clear favorite pairing for the finals.