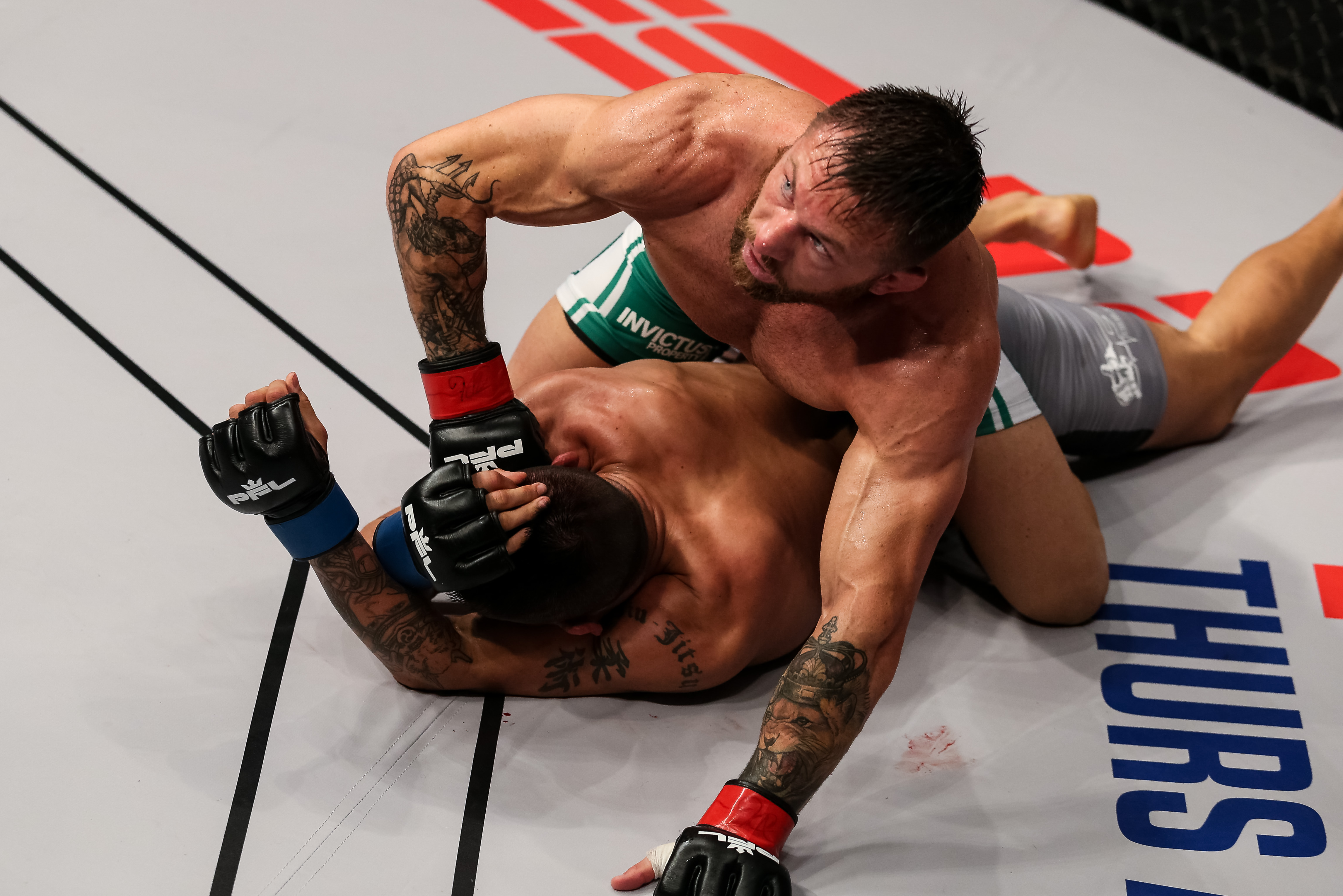 As the season approaches, Combat Press will preview each division. Let’s start at featherweight, where Lance Palmer seeks to repeat as the champion.

Palmer is a multiple-time PFL champion and the best fighter on paper in this season. He is easily the favorite to take the crown again. In all honesty, Palmer should be in the UFC contending for a title, but he was unable to get out of his PFL contract. So, instead, he will compete for the million dollars again against a very capable field. A repeat might not be as easy as it once was. If Palmer wins the whole thing again, then he should be released to pursue his UFC aspirations.

This spot was reserved for Jason Soares before he dropped out of the season on late notice. In his place, the UFC veteran Diamond becomes the new dark-horse candidate. He should have had more of a chance at the highest level. The Team Alpha Male representative is a dominant wrestler and a fantastic athlete who matches up well with most of the field. The downside for Diamond is that he’s in a field of other dominant wrestlers like Palmer and Bubba Jenkins. Still, he could surprise this season.

The 32-year-old Frenchman is the clear longshot this season, given the shark tank of fighters on this roster. While he does have solid wins over UFC veteran Colin Fletcher, The Ultimate Fighter alum Martin Stapleton, and European vet Ivan Musardo, Dizy’s skill set does not match well against those of wrestlers like Palmer, Chris Wade and Bubba Jenkins. His chances aren’t any better against guys with top-notch striking like Movlid Khaibulaev, Sheymon Moraes and Brendan Loughnane. Dizy has a lot to prove here and will have to hit the ground running.

Movlid Khaibulaev is a popular pick in this spot to go up against Palmer, but Moraes is the guy who will actually make the finals. He should never have been released from the UFC, and he’s poised to have a field day in the PFL. His only losses came to top-25 UFC fighters. Moraes will have a tall mountain to climb against Palmer, who has been nothing short of unstoppable in the PFL. It should be a good fight, though.