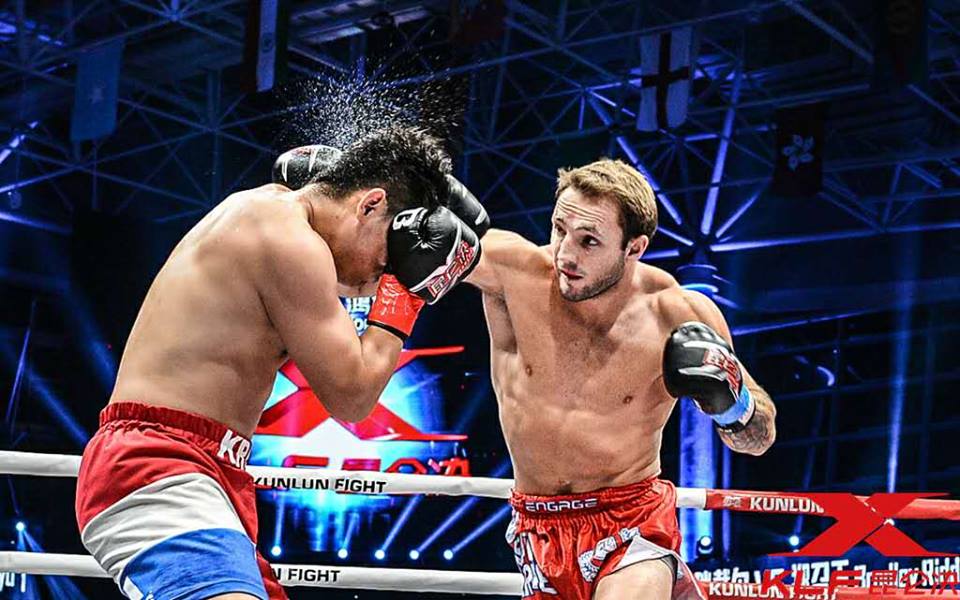 Will Brad Riddell Be City Kickboxing’s Next Big Star?

In recent years, City Kickboxing has emerged as one of the most accomplished gyms in all of MMA.

The gym, which is based in Auckland, New Zealand, was established in 2007 by Eugene Bareman and Doug Viney. Bareman competed in several different combat-sports disciplines, including MMA, kickboxing and Muay Thai. Viney is a former heavyweight boxer and kickboxer who won the 2007 K-1 Las Vegas Grand Prix and represented Tonga in the 2004 Summer Olympics as a boxer.

City Kickboxing is home to UFC’s middleweight champion Israel Adesanya, featherweight kingpin Alexander Volkanovski, eighth-ranked lightweight Dan Hooker, and seventh-ranked flyweight Kai Kara-France. In both 2019 and 2020, it was named as the Combat Press “Gym of the Year,” with Bareman named as the “Coach of the Year” on both occasions.

On this weekend’s UFC Fight Night: Brunson vs Holland card, lightweight Brad Riddell seeks to become the latest City Kickboxing fighter to establish himself as a contender in his division when he faces fellow lightweight Gregor Gillespie.

Riddell started his combat-sports career as a kickboxer and made his MMA debut in 2013. He recorded a 6-1 MMA record with fights in Asia and Australasia before making his Octagon debut at UFC 243 in October 2019 against Jamie Mullarkey. Riddell controlled most of the fight on the feet and on the ground, but he was dragged into a close-quarters brawl in the third round and was hurt badly by a left hook. Mullarkey then took Riddell’s back, but the New Zealander was able to hurt the Australian several more times on the feet and take the unanimous-decision victory.

Riddell’s next fight was in his home country of New Zealand against Magomed Mustafaev. The bout was a back-and-forth affair with both men engaging in a fire fight in the first two rounds before Riddell took control in the third, landing solid blows against a clearly tiring Mustafaev. Riddell took the victory by split decision on the judges’ scorecards, with scores of 29-28, 28-29, and 29-28.

The 29-year-old’s last fight was against Alex da Silva at UFC 253 in September. Riddell was taken down early in the first round and was controlled by da Silva. Things got worse for the man nicknamed “Quake” when he was caught in a guillotine, but he showed toughness and resilience to survive until the end of the round.

The New Zealander took control in the second, overwhelming da Silva with the volume and power of his punches before landing a takedown late in the frame.

In the final stanza, Riddell landed a barrage of punches on the feet and seemed to be on the verge of getting a finish when the fight was stopped by the referee for an alleged eye poke. The replay showed that it was in fact a punch, not an eye poke, that had hurt da Silva’s right eye. After the fight was restarted, Riddell continued to inflict heavy blows on da Silva and stuffed the Brazilian’s takedown attempts.

The fight went to the scorecards, and Riddell secured a unanimous-decision victory.

Now, Riddell faces his toughest test yet and the first ranked opponent of his UFC career when he comes up against Gillespie this weekend. In his short UFC run, the Christchurch native has displayed excellent striking, durability, good endurance, and solid grappling. However, in all three of his fights in the Octagon, he has shown a tendency to get drawn into brawls even when he is clearly outstriking his opponent. He has also proven susceptible to being taken down early in fights. If he makes these mistakes against a grappler like Gillespie, who is an NCAA Division I national wrestling champion, then it could prove to be Riddell’s downfall.

In order to become City Kickboxing’s next big star, Riddell will need to remove this deficiency in his game as he aims to make his mark in arguably the most stacked division in the UFC. His innate fighting spirit has helped him overcome adversity in his career so far, but he will need to display a high fight IQ and improved defensive technique in both his grappling and striking in order to beat the upper echelon of talent in the lightweight division.

For all the success that City Kickboxing has had in recent years, the gym has endured a difficult start to 2021. Hooker, Adesanya, Carlos Ulberg and boxer Junior Fa have all suffered defeats. Riddell will look to change his gym’s fortunes against Gillespie on Saturday night.