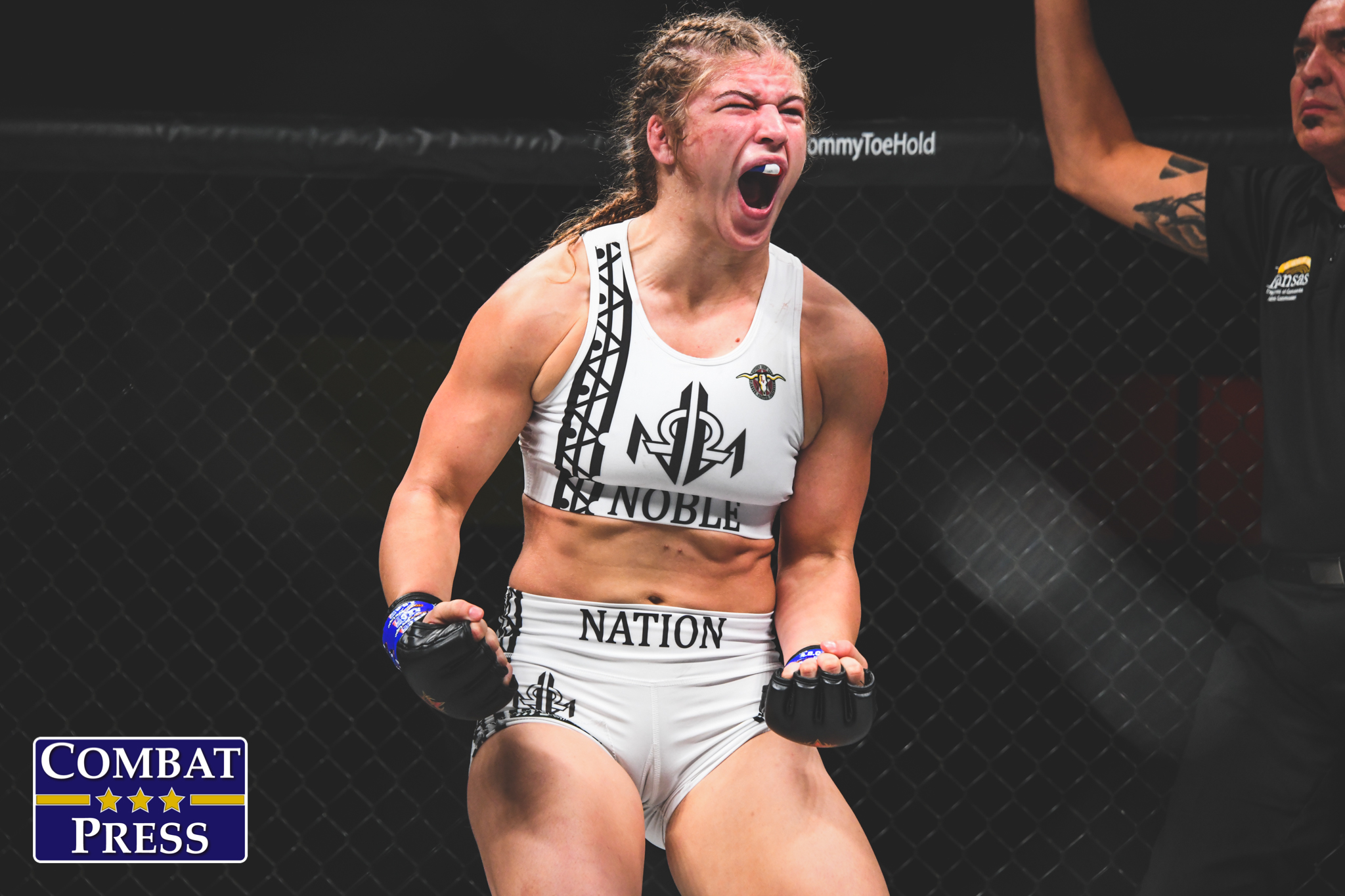 Five Women’s Flyweight Prospects the UFC Should Sign in 2020

Let’s examine the women’s flyweight division, a more recent addition to the UFC. It’s been inhabited by fighters leaving the strawweight and bantamweight divisions, but it could easily add even more depth by including existing flyweights from outside of the promotion.

Agapova makes her second — and final — appearance in this series. The Kazakh flyweight proved herself to be a top 125-pounder in 2019 with more exciting, competitive performances. Now that she’s moved her training camp from her home country to American Top Team, there’s no doubt that she’s going to make the improvements and adjustments needed to be a contender in the future.

Agapova has been boxing since she was a child, and it shows in her fighting style. She’s very dangerous on the feet, where she throws powerful, precise strikes. She’s reminiscent of a young Joanna Jędrzejczyk in her posture, stance, volume and accuracy. She’s not bad on the ground either, but her counter wrestling showed some holes in her Dana White’s Tuesday Night Contender Series loss to Tracy Cortez. That setback aside, Agapova was absolutely dominant in her other two 2019 bouts, destroying Alexa Conners and Marilia Santos under the Invicta banner.

It’s amazing to think that Agapova is just 22 years old and already this good. She should challenge for the UFC title at some point in her life. She’s already a UFC-caliber fighter.

Mandy Bohm may be the most under-the-radar women’s fighter in MMA right now, but she shouldn’t be. The German is the TKO women’s flyweight champion in Canada. She is an exciting fighter that could be brought up slowly by the UFC to be a contender someday.

Bohm has a striking background, which explains why she excels on the feet. However, half of her pro wins have come by submission, which is a sign that she’s a well-rounded fighter. Her competition hasn’t been of the highest quality, but her biggest win came when she choked out prospect Jade Masson-Wong to earn the TKO crown.

Given her affiliation with SBG Ireland under John Kavanagh and alongside Conor McGregor, Bohm will likely get an opportunity with the UFC at some point. She needs to find more fights, though. She competed just once in 2019, which makes it hard to justify a UFC signing. However, she’s talented enough, no doubt.

Through just seven fights, Victoria Leonardo has already competed for Invicta, Bellator MMA and the Legacy Fighting Alliance. That’s impressive, especially when you consider she has just one loss so far. The 29-year-old Louisiana native has really been the dark horse among flyweights, but she should see even more looks from top organizations.

The Elite Combat Academy fighter is a talented grappler who has collected most of her wins by way of submission. She’s also a physically imposing woman who usually has a strength advantage over her opponent. It was a busy year for Leonardo in 2019. She scored submission wins over Jamie Milanowski and Malin Hermansson. She also posted an upset in a highly entertaining fight with fellow top prospect Stephanie Geltmacher. The win there earned her a spot in the Invicta FC Phoenix Rising one-night tournament, where she drew Miranda Maverick in the first round. Maverick represented the only loss on Leonardo’s record coming into that bout. It was considered an exhibition, but she was defeated in a one-round decision and eliminated from the tournament.

Despite the tournament loss to Maverick, Leonardo remains a top 125er outside the UFC. Obviously, Maverick is higher on the UFC’s queue right now, but Leonardo shouldn’t be far behind. She’s proven herself as a consistent, exciting competitor who has challenged herself against other respectable fighters. She would add more depth to a competitive division.

In 2018, Mabelly Lima took a late-notice opportunity to earn a UFC contact while fighting for the Brazilian version of Dana White’s Tuesday Night Contender Series. It was a risk, but the reward was too great to pass up. It didn’t pan out. Lima was defeated via unanimous decision by Luana Carolina.

It was not the end for Lima, though. She’s just 25 years old and has yet to hit her peak as a fighter. The Master Kombat export is a solid overall fighter. She could benefit from finishing more fights, but her wins are dominant nonetheless. She’s been a force on the Brazilian regional scene, though her competition is lacking.

Lima only fought once in 2019, but it came in an impressive knockout over Mariana Jofre. It was her second win in a row since the loss to Carolina. Given her age and advancement in skill, in addition to the fact that the UFC makes plenty of trips to Brazil, Lima should be back on the UFC’s radar. She has the potential to last on the roster and provide quality fights for the UFC.

Women’s MMA has progressed past its infancy. We are starting to see more and more skilled fighters come into the game. One of those fighters is Miranda Maverick, a 22-year-old who has been impressive every time she’s stepped in the cage, win or lose. She has to be on the doorstep of the UFC, where she could make a splash in 2020.

Maverick could have an 8-2 pro MMA record, but her Invicta Phoenix Series quarterfinal and semifinal matches were exhibition bouts. If we include those tournament contests, it would put her at 4-1 in her 2019 campaign. Her Phoenix Series tournament run included victories over UFC veteran DeAnna Bennett (whom Maverick lost to earlier in 2019), Contender Series vet Shanna Young and Victoria Leonardo. She also scored a win over prospect Heather Walker-Leahy in 2019. She’s a very good submission fighter, tapping five of her pro opponents (plus Young in the aforementioned exhibition bout).

The UFC might opt to let the young Maverick gain more experience, but she could hold her own from the onset of her inclusion in the UFC. She’s consistently getting better every time we see her, which is impressive considering she’s a PhD student at Old Dominion University. Maverick should be first on the UFC’s call list when it comes to female flyweights.