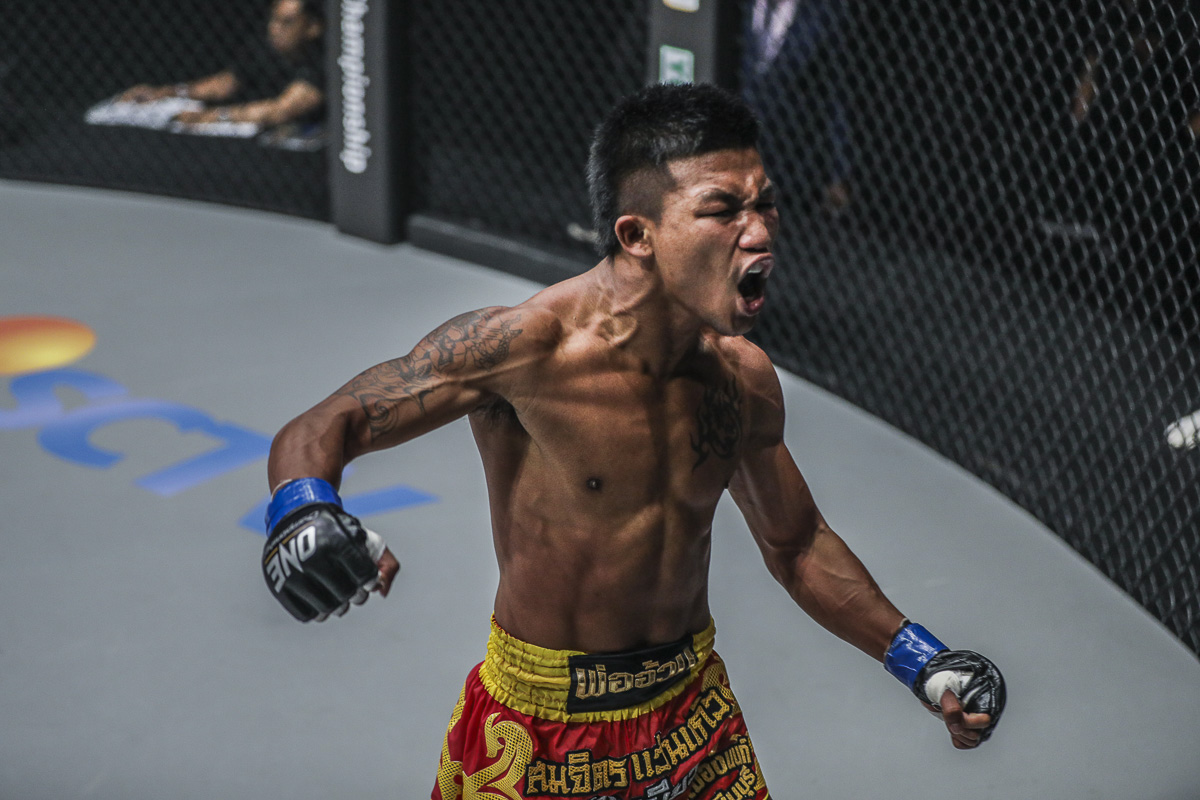 ONE Championship: A New Tomorrow Preview and Predictions

In August, Rodtang Jitmuangnon and Jonathan Haggerty went to war for Haggerty’s ONE Championship flyweight Muay Thai title. Haggerty applied the pressure early on, but the challenger surged back as the rounds progressed. It was a close fight, but Rodtang ultimately took the nod and left with the crown.

Now, nearly five months later, the two men collide again. This time, Rodtang is the champion and Haggerty is the challenger. It all goes down in the headlining contest of ONE Championship: A New Tomorrow. Can Haggerty reclaim the belt when the pair meet in the Impact Arena in Bangkok, Thailand, or will Rodtang leave no doubt that he’s the superior fighter?

The Muay Thai championship bout caps off a 12-fight card that also features Stamp Fairtex’s continuing quest to conquer a third combat sport under the ONE banner. Stamp already holds gold in kickboxing and Muay Thai with the promotion, but now she’s on the hunt for an MMA belt. Her path takes her through India’s Puja Tomar.

ONE’s latest offering is the first major MMA card of a new decade. The action kicks off early Friday morning, Jan. 10, with the main card airing live on B/R Live at 8:30 a.m. ET.

Rodtang Jitmuangnon and Jonathan Haggerty square off in a rematch for the Muay Thai flyweight strap. Will Rodtang emerge victorious once again?

The first fight was truly a fun one, and fortunately ONE Championship has it up in its entirety on YouTube for those who missed it.

Rodtang was a slow starter in that affair, but he heated up by the third round and took the fight to Haggerty. It paid off in the form of a unanimous decision. However, Rodtang didn’t run away with it. Haggerty looked to have the upper hand early and had a few moments later in the fight, too. Yet, when Rodtang found his groove, Haggerty didn’t have much of an answer.

The rematch should be more of the same. The Brit Haggerty is a strong fighter, but his head kicks didn’t seem to faze Rodtang one bit. Meanwhile, the Thai fighter’s flurries had the 22-year-old on his heels and even on his backside. Rodtang throws with a level of power that Haggerty doesn’t seem to have in his own arsenal, and it makes all the difference between these two.

On a good night, Haggerty could potentially outpoint Rodtang. However, the reigning champ, who is also 22, is fighting on another level right now. He has the ability to knock out Haggerty. Even if he doesn’t get the finish, his power punching is more effective than the Brit’s frequent push kicks and single strikes. Rodtang should leave the arena with his championship status intact.

Can Puja Tomar put an end to ONE atomweight Muay Thai and kickboxing champion Stamp Fairtex’s dreams of climbing toward a title in a third combat sport under the ONE banner?

India’s Tomar is a wushu champion, but she hasn’t found a great deal of success in the world of mixed martial arts. At 4-3, she’s just one win above the .500 mark. Her most notable victory — and only MMA win over an opponent who already had a pro victory of her own — came in a split verdict against Priscilla Gaol. Tumar has suffered losses to Hannah Kampf, Tiffany Teo and Jihin Radzuan. Her other wins came against a pair of rookie fighters and an 0-1 opponent.

Stamp has demonstrated her combat skills in attaining ONE gold as a kickboxer and Muay Thai stylist. An MMA title is not out of reach, especially in the very shallow, yet very competitive ONE women’s atomweight division. She’s undefeated through three fights, with wins over notables Asha Roka and Bi Nguyen.

While someone could conceivably step up to halt Stamp’s progress, it’s unlikely to be Tomar. The Indian fighter is likely to be outclassed on the feet, where she’s most skilled, and Stamp is likely to dominate even if it turns into a grappling affair. Stamp should add to her winning streak and continue to move closer to a title shot within the division.

There are certainly plenty of contenders here. Joey Pierotti has a chance to shine in his promotional debut against Raimond Magomedaliev. Ayaka Miura draws Maira Mazar in an intriguing women’s strawweight contest. The numerous Muay Thai bouts are sure to deliver some exciting action, too. However, it could be The Ultimate Fighter 22 alum Thanh Le and opponent Ryogo Takahashi that steal the show.

Le has never seen the scorecards and stands to provide a great litmus test for decorated Shooto veteran Takahashi’s fledgling ONE career. The 34-year-old American has put together a nice run since his time on the reality show, when he was eliminated via submission by Martin Svensson and didn’t get the chance to show off his skills in an official UFC bout.

Le went on to add four straight wins, including two in appearances with the Legacy Fighting Alliance and one on Dana White’s Tuesday Night Contender Series. Even his head-kick finish of Lazar Stojadinovic wasn’t enough to punch his ticket to the Octagon. He then stumbled in an LFA interim title bout against Kevin Aguilar. Le’s next stop turned out to be ONE, where he has already notched stoppages of Yusup Saadulaev and Kotetsu Boku.

The 30-year-old Takahashi has seen the scorecards in six of his 16 outings, but he’s had plenty of finishes as well. The Krazy Bee product has only been stopped once, but it came via strikes. While Takahashi is on an eight-fight winning streak, his strength of competition leaves a lot to be desired. His most recent win came against a fighter with a losing career mark. He’ll have his hands full with Le, who should add another highlight-reel finish to his resume.