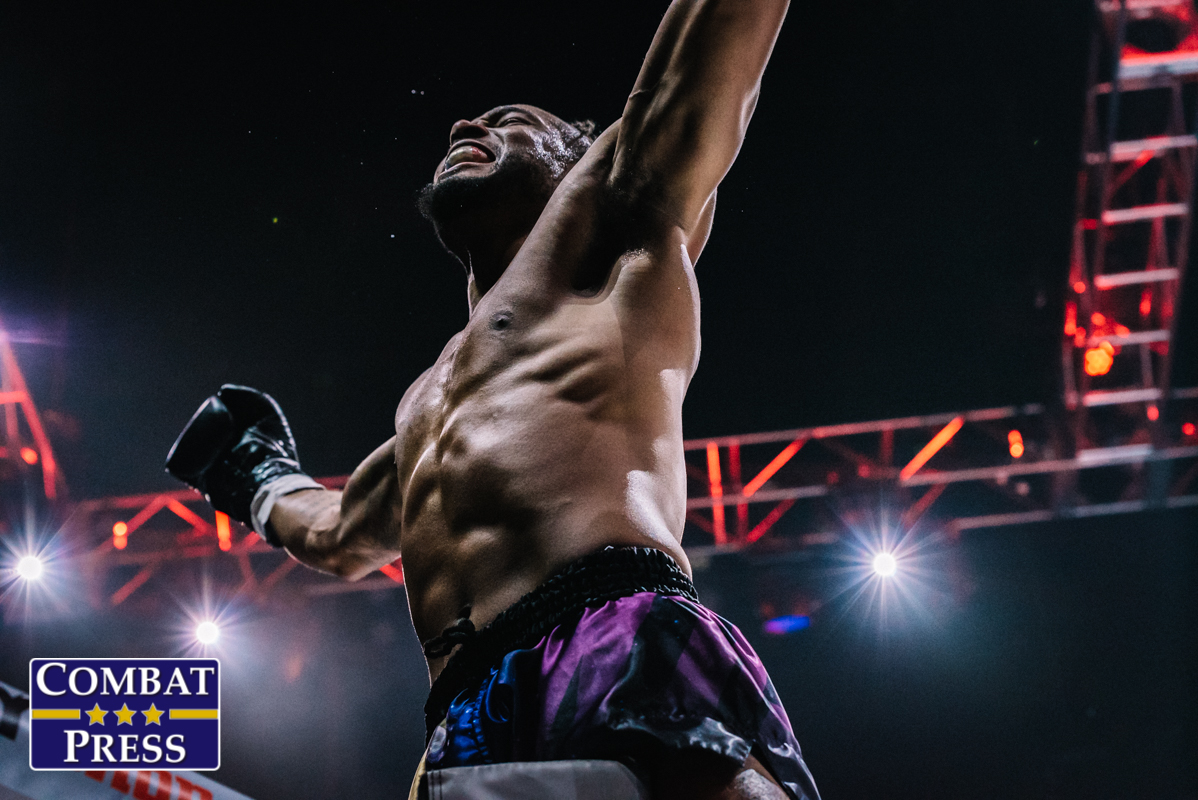 “The Best” has become “The Injured.”

GLORY welterweight champion Cedric Doumbé has suffered an elbow injury and is out of his scheduled title defense at GLORY 70 on Saturday, Oct. 26 in Lyon, France.

His opponent, former champion Murthel Groenhart, will now face American Troy Jones for an interim title. The news was announced during the promotion’s Collision 2 press conference on Thursday.

Groenhart earned gold by defeating Doumbé in 2017, but dropped the belt to Harut Grigorian in his first defense. The Dutch fighter will look to rebound from a loss to recent title challenger Alim Nabiev.

Jones enters the match-up carrying a 13-1 record that includes 11 knockouts. He was most recently in action at GLORY 68 in Miami, scoring a first-round knockout.

In addition to the GLORY 70 news, the promotion revealed that the Collision 2 headlining rematch between Rico Verhoeven and Badr Hari would not be for Verhoeven’s heavyweight title.