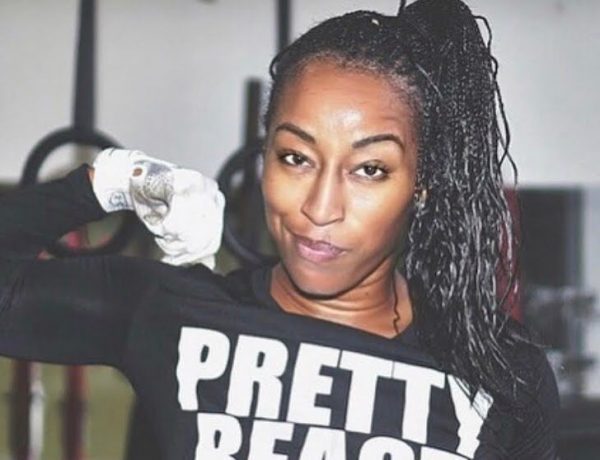 The sport of women’s boxing has made advances, but there is still work to be done. Boxing is, unfortunately, very much a male-dominated world, leaving the women fighting for respect. These ladies need promoters to give them a chance and for fans to see them as credible boxers who can put on a show, just like their male counterparts. Female boxers are strong women, because to last in this sport as a female, you have to be strong. There are no handouts. Every day is a fight to prove you belong. The thin-skinned won’t survive.

Raquel Miller is one of those strong women. She has been in the sport for eight years. She’s coming off a 2018 campaign in which she added two wins to improve to 7-0 as a professional boxer.

“I’m thankful for 2018,” Miller told Combat Press. “I have made some career strides, but definitely not where I want to be, and I was really hoping to go fight for a world title. I say I’m not happy, but I’m thankful.”

In an ideal world, Miller would have been more active. However, it didn’t go that way.

“It’s been a combination of things,” she explained. “Some of them have been not being able to have fights materialize. Some of it has been not having promoters willing to allow a woman bout on the card. I won’t blame it on one thing — it’s a combination, because I do believe women want to fight me.”

The business side of the sport can be harsh. Very few are willing to put a female on their card. It’s long been a barrier that many male promoters are ignorantly reluctant to tear down. It is getting better, though. Women have headlined recent shows, and several fights were televised, including performances from Claressa Shields and Cecilia Braekhus.

“I’m very proud of the change that is happening,” said Miller. “It’s something that’s been long overdue. It should have been happened. I’m excited for those women. I’m excited for the change that is happening and the conversation that has started, where maybe we’re not just looked at as female boxers, but we’re looked at as boxers. I’m happy for the women that have been able to break through on televised cards [and] co-main events, definitely, because when we take steps forward, it’s a win for all of us.”

Miller was not one of the women given that opportunity, though. It’s understandable how this frustration can lead one to contemplate their place in the sport.

“I would be lying if I didn’t say I had my times where I wanted to quit or when I’ve had the conversation with my coach about if something doesn’t materialize in a certain amount of time, me wanting to hang up the gloves,” Miller admitted. “It’s very frustrating, especially considering that you’re working just like the men are working. You’re putting in hours in the gym. You’re doing your due diligence, and not to be able to fight because of your sex is ridiculous. It’s very frustrating that if you’re not strong at heart to push through and be successful, then it can be very discouraging.

“But, I constantly tell myself that it’s worth fighting for. I still believe that there is hope for women’s boxing. I think that we’re getting opportunities. Women are headlining shows [and] making more money. I feel like I need to be patient.”

While Miller is working to leave behind a legacy inside the ring, she’s also hard at work to leave one outside of it. She’s the founder of “Ladies in Power,” a non-profit organization founded in 2006 meant to help young women in a variety of ways.

“We grew up in an area that’s very underprivileged,” explained Miller. “My sister and I started Ladies in Power in 2006, so this happened long before boxing. It’s a mentorship program to help young women transition from teenage and young adulthood into adulthood. It’s mentorship, mental help, financial help, physically getting fit — everything that you need to go into adulthood, to make that transition easier for you. And then, with me getting into boxing and getting serious about it, we incorporated that into it — a boxing portion of the program. And we do our annual ‘Fight like a Girl’ event, which is coming up in April. It’s my way to give back to young girls. It’s something I didn’t have growing up. I did a lot of fighting. I was in trouble a lot [and] kicked out of school. A lot of it was, I didn’t have the proper outlet, and I want to give young people what I didn’t have — someone to talk to, a proper outlet, how to channel that energy and so forth.

“‘Fight like a Girl’ will be the second weekend of April. It’ll be our fourth annual event, and it’s pretty much a day of empowering young girls. They’ll come in and learn about the basic fundamentals [of] basic boxing. They’ll get a good workout. I try to include all the women’s boxers in the area who are participating or support the sport. We started with like 10 girls, and last year we had 40. This coming year, we’re going to have 50, I hope.”

As for Miller’s legacy inside the ring? The year 2019 is a fresh start and an opportunity for Miller to make some noise in her division. She’s willing to take on anybody and conquer any challenges.

“There are some things in the works I’ve been talking to my manager about,” Miller revealed. “Supposed to be some really good things happening. Supposed to be a women’s card coming up pretty soon. There’s a couple of women I’m definitely eyeing. I would love to fight Kali Reis, Tori Nelson, [Maricela] Cornejo, Shields. We’re looking to make stuff happen. I’m not ducking. I’m tired of waiting. I’m ready for my moment.”