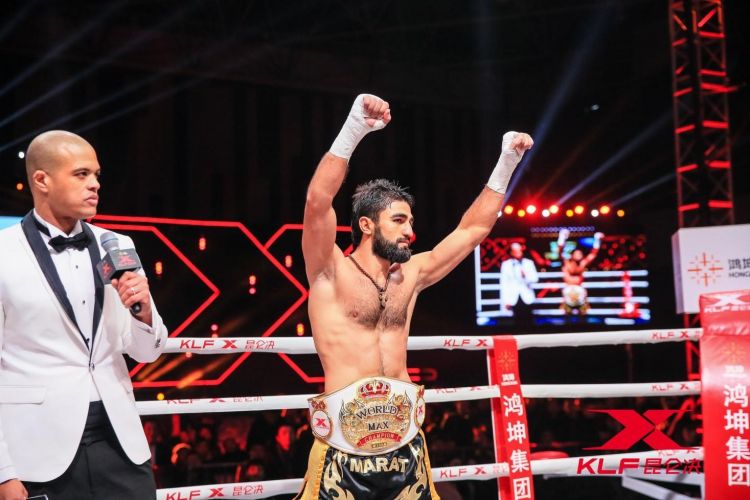 Knockout of the Year – Marat Grigorian vs. Superbon Banchamek

Every year, it gets harder and harder to select a winner for this award. In a sport where rendering your opponent unconscious is the goal, there’s always a plethora of beautiful violence for fight fans.

From crazy techniques like Tie Yinghua’s wheel kick finish of Singdam Kiatmuu9 at Glory of Heroes 31, to cruel twists of fate like Tayfun Ozcan stopping Andy Souwer with his patented combination at Enfusion 62, this past year was full of strong candidates across the globe.

How about Koya Urabe starching Wei Rui at K.Festa?

Or Yodsanklai Fairtex and Nieky Holzken demolishing Luis Regis and Cosmo Alexandre, respectively, in ONE Championship?

GLORY had its fair share of violent finishes, including a number in title fights. Middleweight champion Alex Pereira sent Yousri Belgaroui into another dimension with a single right hand. Petchpanomrung Kiatmookao slowed the hype train of Abdellah Ezbiri with a highlight-reel head kick against the ropes. The world’s top female fighter, Anissa Meksen, exacted sweet revenge on Jady Menezes with a barrage of punches unlike anything she’s ever displayed in the GLORY ring.

And yet none of these finishes were enough to take home our 2018 award.

That honor goes to one of the sport’s top lightweight fighters, Marat Grigorian. The Belgian-Armenian fighter reached the final four of the 2017 Kunlun Fight World MAX Tournament, which took place in February of 2018 in Guiyang, China. In the semifinals, Grigorian needed the scorecards to advance past Belorussian Dzianis Zuev. That set up a final-round match-up with fellow top-10 lightweight Superbon Banchamek of Thailand.

After Grigorian’s repeated wars with Sitthichai Sitsongpeenong, it would have been safe to assume that he was going to have to fend off an onslaught of left kicks against Superbon. And during the first few exchanges, that was exactly what happened. However, once Grigorian got Superbon against the ropes, he put an exclamation point on the tournament. A devastating left hook caught the Thai fighter clean on the jaw, stiffening him up on his feet. The right hand that followed was merely a nail in the coffin, as Superbon crashed face-first to the canvas.

The violent, tournament-capturing knockout was enough to earn Grigorian the 2018 Combat Press “Knockout of the Year.” You can watch the full fight here.