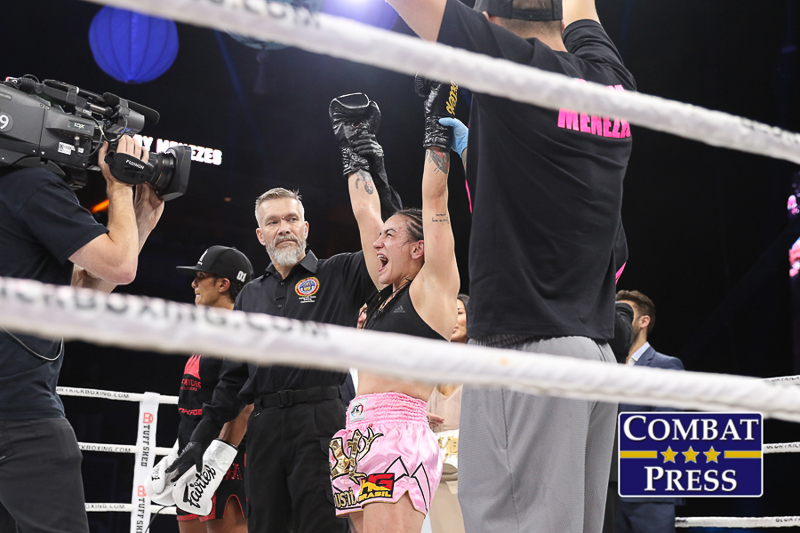 In the night’s co-headliner, GLORY women’s super bantamweight titleholder and the world’s top-ranked female kickboxer Anissa Meksen lost her belt in controversial fashion against Brazil’s Jady Menezes. Menezes used forward pressure to convince two the three judges at ringside to award her three of the five rounds, while the lone dissenting judge scored every round for Meksen.

Below is a photo gallery of the main event shot by Amanda Armstrong of Combat Press. Click an image for a larger version.