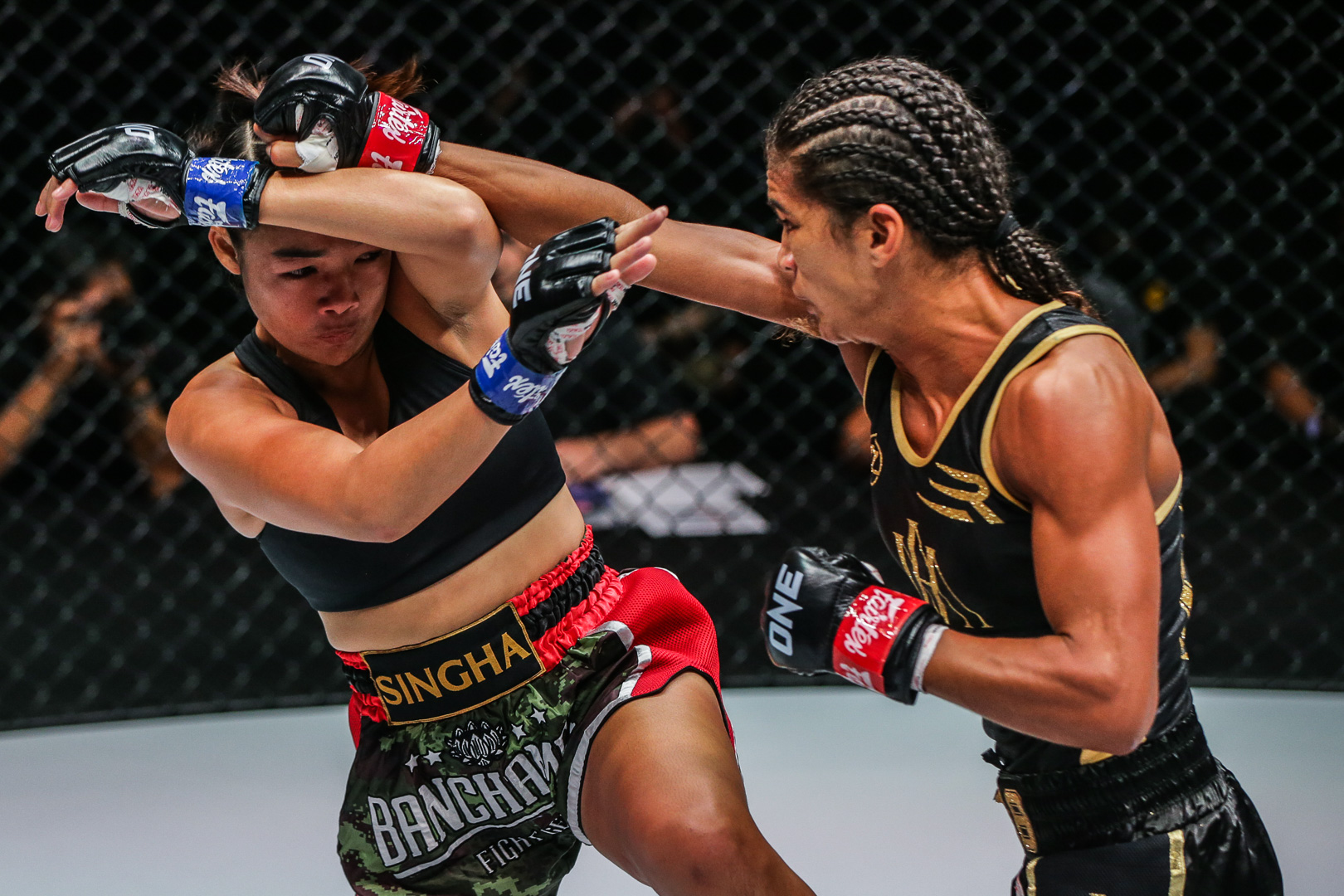 Chatri Sityodtong Feels Anissa Meksen ‘Could Be a Force’ in MMA

Striking sensation Anissa Meksen shined inside the ONE Championship Circle once again at ONE on Prime Video 2: Xiong vs. Lee III on Oct. 1.  The French-Algerian phenom put in dominant performance and outpaced promotional newcomer Dangkongfah Banchamek in all three rounds of their Muay Thai battle on her way to scoring a unanimous decision victory.

With a third win in as many outings in the bag, Meksen now turns her attention to her next opponent. Prior to the action-packed spectacle last Friday evening, ONE announced that “C18” would be meeting Stamp Fairtex in a mixed rules super-fight at ONE on Prime Video 6 in January.

And when Meksen got on the microphone, following her win against Dangkongfah, she immediately put her upcoming rival on blast.

The fiery competitor said that Stamp was a dancer and not a real fighter, alluding to the former two-sport ONE world champion’s well-known proclivity for fun fight entrances. Along with the gibe, Meksen wanted to allay any concerns that she won’t be able to compete with the Thai superstar in the mixed martial arts rounds of the much-anticipated bout by pointing out that she has trained in the all-encompassing sport before.

That piece of information caught the attention of everyone, including ONE Championship Chairman and CEO Chatri Sityodtong, who believes that Meksen’s previous experience in MMA could make things difficult for Stamp when they square off.

“If I’m Anissa, I’m going to practice day and night on takedown defense. I’m not sure if you can learn a phenomenal chain double or any kind of chain to the point that you could stop a stronger, more athletic, leaner opponent that is Anissa,” Sityodtong told Nic Atkin of SCMP MMA.

“I think Anissa has actually proved to be a real handful. If she has done MMA like she says, I don’t know, she could be a force. Who else on this planet has 103 wins against five losses?”

Agreeing that Meksen is the pound-for-pound best striker on the planet, Sityodtong also said that he expects her to challenge for the ONE atomweight Muay Thai and kickboxing championships in 2023.

If she can keep the momentum rolling, next year is lining up to be the year of “C18”.