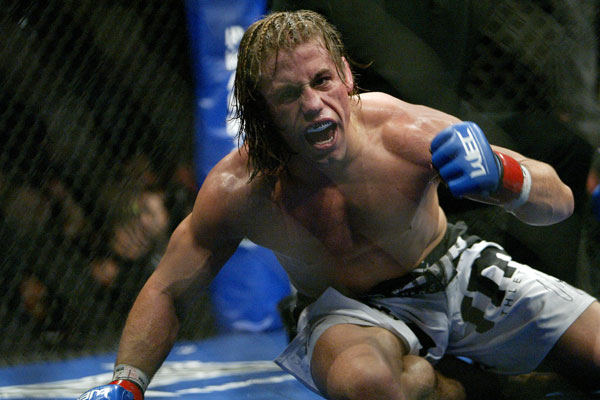 10 Random and Unpopular Observations About MMA

Not every opinion about happenings in the MMA world is a popular one. Here are 10 such cases.

1) Urijah Faber would have beaten Renan Barão in 2014 had the fight gone past the first round. Faber got it handed to him in round one. Given the dynamic offensive ability of Barão, it’s reasonable to believe he would have stopped Faber in round two or, at worst, put another five-round beating on him. However, there’s a likelihood that the Brazilian would have been gassed after trying to finish Faber. Barão has always had issues making weight. As a result, he fights in a very careful manner and finishes when given the opportunity. Barão went to close the show, but if the referee had decided to let the fight continue, then Faber would have had a chance to walk down his opponent over the duration of the fight and possibly even score a finish of his own.

2) The women’s featherweights should not have been the division the UFC added. There are not enough legitimate female featherweight fighters out there to justify a division. The UFC could have given Cristiane “Cyborg” Justino a belt and had bantamweights move up, as it has been doing, or it could have brought in featherweights for special-event fights. If Cyborg loses, though, the whole division collapses. She is the only legit featherweight the promotion has signed. The rest fight for Bellator, and even those ladies aren’t really thought of as formidable competition for the pound-for-pound best female fighter in the world.

3) The UFC should have added the atomweights instead. The 105-pound women’s weight class is deep in regards to the caliber, technical skills, experience level and individual accomplishments of its athletes. Unlike featherweight, the atomweight division has a number of women, both in and out of the United States, to bring into the fold. The UFC even has three or four ladies — Michelle Waterson, Jessica Penne and Jodie Esquibel, at the very least — who are shortening their careers and their time as elite fighters by competing at the wrong weight.

4) Chris Weidman was never as good as advertised. The former UFC middleweight champion got by on the boxing model of fighter development: beating up on declining, undersized and technically limited fighters. As dominant as he looked early, Weidman has looked just as vulnerable lately.

The difference for Weidman has been the level of opposition in regards to age, size and athleticism. As long as he had these advantages, then he controlled the pace of the fight, and he was able to display deliberate, intelligent and suffocating stand-up, plus dominant and consistent wrestling/grappling, poise and aggression. Once the playing field was leveled, he acted out of character on the feet against Luke Rockhold, got predictable and desperate against Yoel Romero, and showed no defense or stamina against Gegard Mousasi. That accounts for three finishes in a row where Weidman has looked progressively worse with each passing fight.

Weidman posted two wins over his last five fights. One came against the fading but still athletic and big middleweight Lyoto Machida, who pushed Weidman harder than he had been pushed before and was the first to expose his gas tank and dependency on wrestling to bolster his stand-up. The second victory came against Kelvin Gastelum, a blown-up welterweight who out-struck Weidman on the feet and put him on his ass before succumbing to a takedown and eventual submission.

Weidman is a good fighter who, much like Tito Ortiz, uses advantages in size, strength and age matched with very good wrestling and grappling to outperform a division of undersized, old men. And, as is the case with Ortiz, when those advantages were eliminated, so was Weidman’s time as an elite fighter. Again, he’s a very good fighter, but he’s not among the pound-for-pound best or all-time greats.

5) Amanda Nunes is a revisionist. She claims Ronda Rousey is a fraud who only beat up one-dimensional fighters who lacked the athleticism or skill to compete. This is the most ridiculous nonsense ever. If that is true, then it makes Nunes the second person to beat up a paper champion and therefore makes her feat less impressive and impactful.

What also hurts the Brazilian’s argument is that Rousey, in less than a minute combined, beat three women — Alexis Davis, Cat Zingano and Sarah D’Alelio —who put losses on Nunes’ record. So, these overmatched and unskilled women who Rousey ran roughshod on — these same “helpless” women — managed to beat Nunes by stoppage (Davis and Zingano) or by decision (D’Alelio).

Rousey and Nunes have shared multiple opponents. Not only has Rousey beaten them faster, except in the cases of Julia Budd and Miesha Tate, but by questioning Rousey’s level of opposition, Nunes has in fact questioned her own legacy and legitimacy in getting a title shot. It’s difficult to acknowledge the Brazilian as a student of the game after she insulted the legitimacy of her own record in an attempt to assassinate Rousey’s reputation and legacy.

6) People see Donald Cerrone as being more like Justin Gaethje than they should. It’s not that Cerrone isn’t a fighter’s fighter or that he is unskilled or unaccomplished, but he’s not as accomplished as Gaethje. For one, he hasn’t won a world title in MMA, whereas Gaethje has.

Gaethje is an all-action guy who has an insatiable need for violence. He will gladly give as good as he gets. Cerrone is a bit more of a technician who tends to skew toward using a broader skill set that maximizes his chances to pitch and minimizes his opportunity to catch. That’s not a bad thing at all. In fact, it’s quite good. Cerrone has managed to give us a number of high-quality, violent and fast-paced battles. However, none have had the amount of contact or fevered pitch of a Gaethje fight, and none will. For that kind of fight, you have to be able to take as good as you give, and you have to want to take as good as you give. Cerrone has never been that kind of guy.

7) Team Alpha Male isn’t a bad camp. They provide an environment and structure that allows guys to develop very quickly and be very strong in key areas of MMA. Some of this is due to the instruction and experience of the coaches, while a lot of it is due to the level of athlete who is a part of the camp and who fighters regularly get to observe, spar with and train alongside. The environment forces a certain amount of growth and development. However, the problem comes when it gets to the finer points and the deeper layers of mixed martial arts. When those things come into play, the limitations of the camp and their coaching and philosophy become painfully apparent.

The Alpha Male camp has had a number of title challengers and No. 2 guys in the division, but rarely have they been able to get guys over the hump. On the two occasions when they did, both guys were summarily upended. Historically, the team has been able to get fighters close to the finish line, but rarely over it.

8) FIT-NHB’s Arlene Sanchez is criminally underrated as a coach.

Sanchez built Carlos Condit and guided him to a championship and undefeated record. Condit has gotten most of his acclaim under the Jackson-Wink camp, but they didn’t install or shape his style, tools or techniques. Jackson-Wink merely added to it.

Sanchez also developed, from scratch, the first women’s flyweight champion in the UFC, Nicco Montaño. On The Ultimate Fighter 26, Montaño had to beat the previous top fighter in the division, former Invicta champion Barb Honchak. She also had to get past previous Invicta titleholder Lauren Murphy on the show and one of the longest-tenured, all-time great fighters in women’s MMA history, Roxanne Modafferi, at the TUF finale event.

Despite all of this, Sanchez’s name isn’t mentioned among the best coaches and her camp gets just as much credit and attention as she does. Name one other coach who has accomplished as much and yet is as constantly overlooked. Name one other female coach who has these credentials. There are none.

9) Holly Holm is a good fighter, but she is a bit overrated. Holm is physically gifted, durable and has a good sense of timing and distance. She is very good at what she does and has done an amazing job in boxing, given that she wasn’t trained in boxing by a well-known boxing trainer. In MMA, Holm’s record at the elite level isn’t great. She is just 4-4 in the UFC. What other .500 fighter has gotten the acclaim, money and credit given to Holm? Short answer: nobody. Holm beat Rousey. That is essentially what will define her regardless of how good or bad she looks moving forward or how much she wins or loses. Take away the Rousey win and Holm is 3-4 in the UFC.

Holm might not be what she was advertised as, given the results in the cage. When she has lost, it has been pretty decisive. When she has won, it hasn’t been particularly impressive (outside of her knockout of Bethe Correia).

10) Sergio Pettis is better than his brother Anthony Pettis. Sergio isn’t as durable, big, explosive or powerful, but he is superior to his sibling in every other aspect of fighting. Don’t believe it? Then watch the tape.