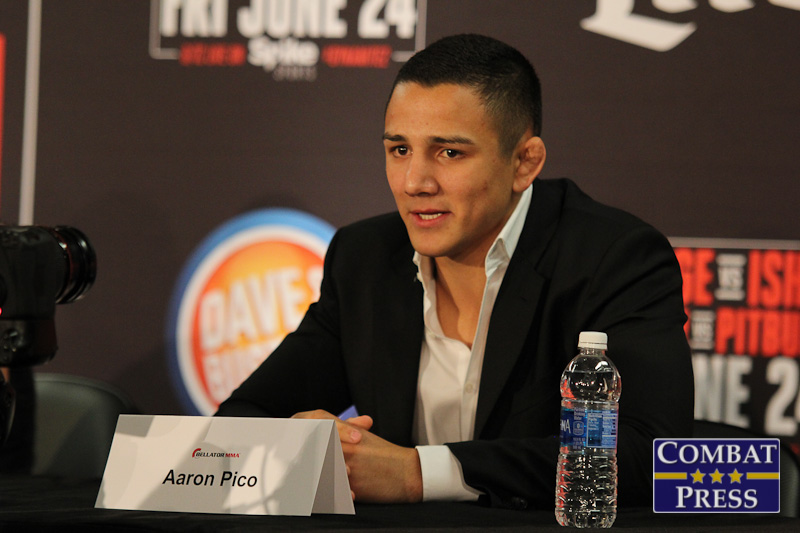 Not many people have sung the praises of Bellator MMA like I have these last few years. What company head Scott Coker has been able to do in such a brief period of time is remarkable, and people should be taking notice. That being said, Bellator needs to start building stars from within.

Lately, the game plan for the Viacom-owned company has been to gobble up any talented fighters that the UFC can’t re-sign. This strategy has worked well for the company up to this point, but Bellator needs to do a better job of building homegrown talent.

Last weekend, we got to see Gegard Mousasi make his highly publicized debut for the promotion. He managed to escape the Mohegan Sun Arena with a victory over Alexander Shlemenko, but he almost lost. This is a problem Bellator has fell victim to time and time again. The organization nearly put all its stock into one fighter. If that fighter loses, Bellator is left looking befuddled. It has already happened with Benson Henderson, and Mousasi almost followed in his footsteps.

We have seen this with younger guns, too. Aaron Pico, for example. Heading into his fight against Zach Freeman, nobody was talking about Freeman. We had all but crowned Pico the next big thing. Instead, Freeman “shocked” the world and beat Pico in just seconds. Now, the fans are left wondering who this Freeman guy is, because there was no pre-fight build up on him.

On that exact same card, Michael Chandler fell victim to a near-identical fate against a relative unknown fighter in Brent Primus. The primary difference here is that Primus is now the lightweight champ, but only the die-hard fans really know anything about him.

The signing of big-name free agents away from a primary competitor is a viable way to acquire talent, but the UFC fighters that have come over to Bellator have not exactly wowed anyone.
Rory MacDonald and Roy Nelson will put butts in the seats, but they’re not Bellator guys. They’re UFC guys that are Bellator fighters.

It’s perplexing that Mr. Coker hasn’t figured out a better way to make Michael “Venom” Page a household name in the sport yet. MVP is beyond talented and has every tool needed to be a massive star and a huge draw for Bellator. He is undefeated and has a mouth piece on him that guys would kill to have. Best of all, he can back all his talk up inside the cage with unorthodox striking that overwhelms his opponents.

There are also plenty of fighters who have performed well for the promotion, but who appear to be stuck on the preliminary card no matter how many times they win. This includes Jordan Young, who won yet again at Bellator 185 to move to 8-0 overall and 3-0 under the Bellator banner.

The powers that be must know what they’re doing, right? If signing established fighters is what’s best for business, then so be it. However, maybe it’s time for Bellator to have real stars of its own. Give the homegrown talent their opportunities, too.