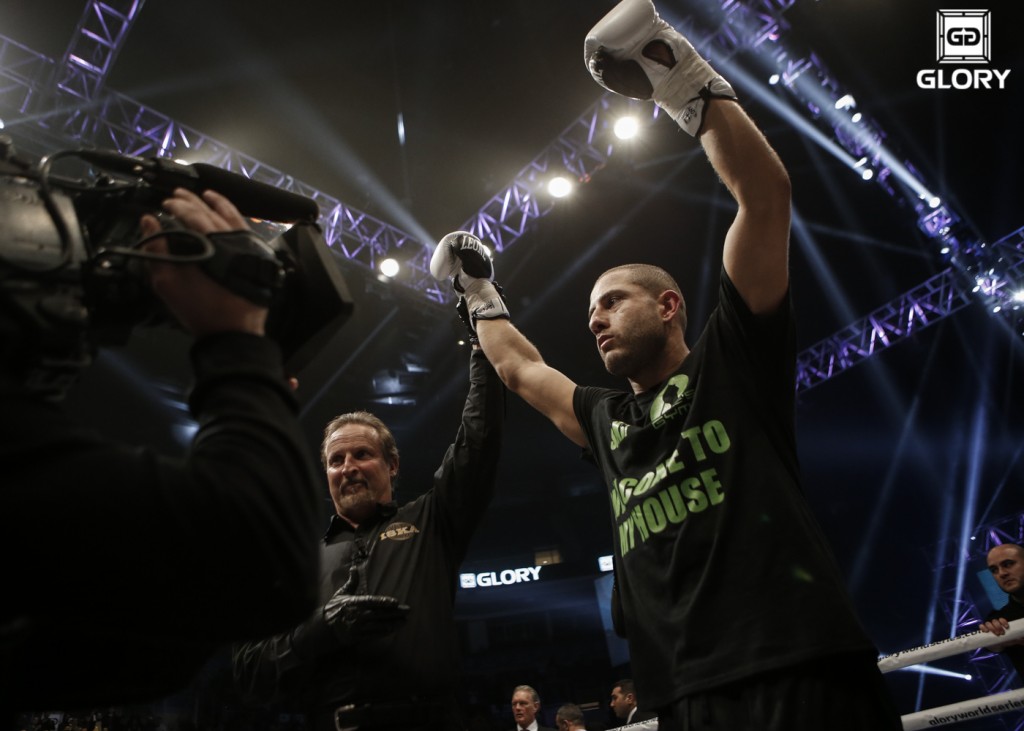 What Should Fans Expect from Gökhan Saki at UFC Japan?

The UFC’s latest trip to Japan doesn’t bring a spectacular card with it. Still, if there’s one fight MMA fans should make sure to watch, it has to be the UFC debut of the “Turkish Tyson.”

Gökhan Saki will enter the Octagon as perhaps one of the greatest strikers to compete in UFC history. In a career that spans well over a decade, Saki has gained his fame from his time in the world of kickboxing. While amassing an 83-12 record that also includes one no-contest, Saki became a fan-favorite not just because he won, but because he won convincingly. Of his 83 total victories, an astounding 59 were knockouts. It’s an even more impressive feat when you consider some of those knockouts came against kickboxing giants of the heavyweight division.

Saki enjoyed success in a kickboxing ring due to the violent nature of his offense. Showing no fear, Saki faced off against some of kickboxing’s best, including guys like Daniel Ghita, Anderson “Braddock” Silva, Tyrone Spong and Ray Sefo. It’s this lack of fear, combined with dynamite in his hands, which makes Saki such a dangerous opponent. The man known as the “Turkish Tyson” will be even more dangerous when he trades in kickboxing gloves for the four-ounce UFC gloves.

Beyond Saki providing highlight-reel knockouts, the UFC is likely hoping to use him a great deal on its international cards. The promotion proved it is in the Saki business for the long haul by matching him up against Luis Henrique da Silva. The Brazilian has impressed at times during his UFC run, but he is in the midst of a three-fight skid. “Frankenstein” is a fighter who looks for the knockout just as much as Saki, which makes him the perfect style match-up for the debuting kickboxing star. It also shows that the UFC is willing to showcase the kickboxer inside the Octagon rather than just throwing him into the meat grinder of the light heavyweight division’s top 10.

While some may say that putting Saki on a card that very few fans are likely to watch is a mistake, the truth is that it’s a smart move by the promotion. Saki’s kickboxing career has allowed him to travel all across the globe. By putting Saki on international cards, the UFC can assure itself an established draw on the card. The company may not be able to get away with using him as an international draw for long, especially if he scores a highlight-reel finish and drops some off-the-wall comments like we’ve become accustomed to hearing from the Turkish fighter.

With Bellator putting on a great card Saturday evening, MMA fans would be wise to not completely ignore UFC Fight Night Japan. There are some interesting fights on the card, which is an added bonus to witnessing the UFC debut of the former GLORY light heavyweight champion Saki. If the past provides a glimpse into the future, it’s clear MMA fans can expect a violent finish inside the Octagon.