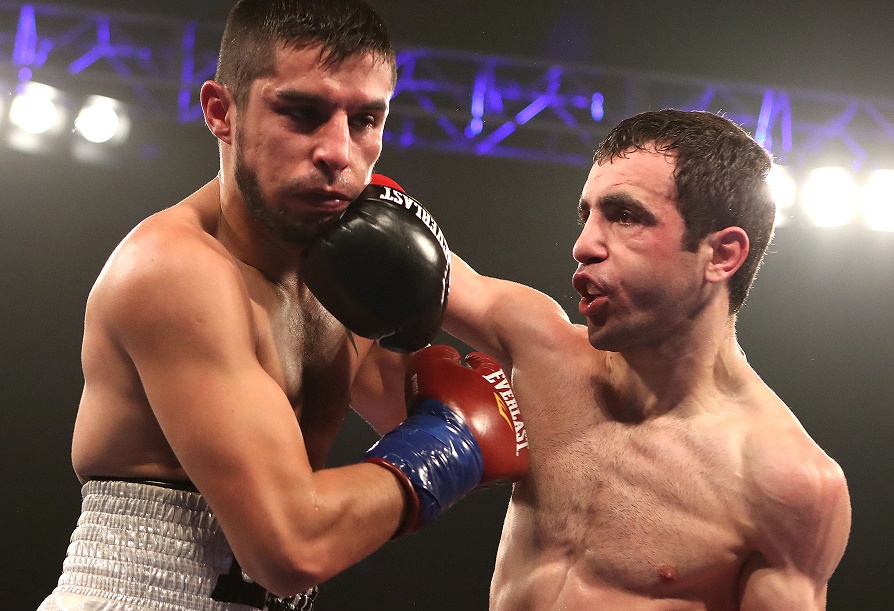 In the night’s main event, Armenian knockout artist Azat Hovhannisyan gets ready for battle against Mexican slugger Neftali “Lenguas” Campos. Hovhannisyan has won 10 of his 11 career victories by knockout. Campos has finished nine of his 12 wins by stoppage.