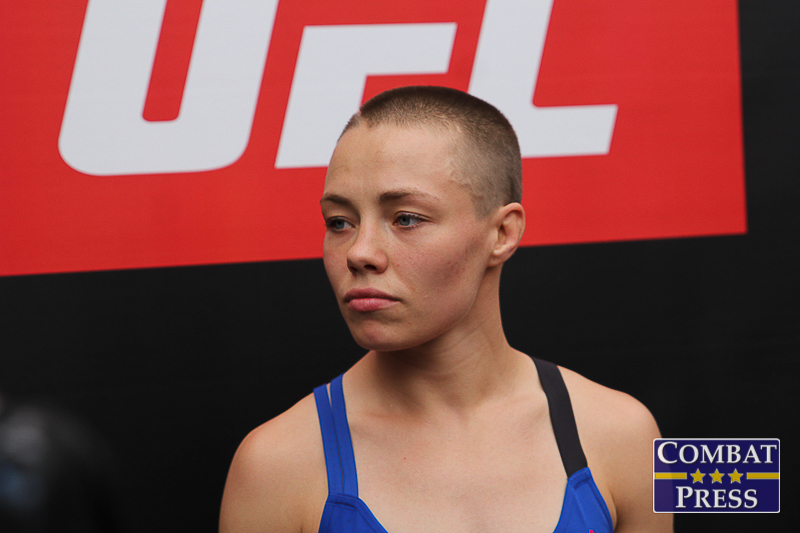 April was a quiet month for the featherweights, and May is looking the same so far. Arlene Blencowe dropped out of the rankings after taking her second consecutive fight at bantamweight. At Australian FC 18, Blencowe, while competing at bantamweight, bested Rhiannon Thompson.

The bantamweight division was also quiet in April. Nobody in the top 10 is set to compete during May, either.

The flyweight division has really started cooking in recent months, especially with Bellator taking more of a vested interest in the division. Top Bellator flyweight Ilima-Lei Macfarlane jumps into the rankings this month after besting Jessica Middleton at Bellator 178 to keep her undefeated professional run intact. Roxanne Modafferi scored a big win over Priscila de Souza under the Fusion Fight League banner to hold her spot at No. 3. Modafferi will make a quick turnaround this month when she takes on Sarah D’Alelio in a high-profile bout at Invicta FC 23. The main event of the Invicta card features Agnieszka Niedźwiedź and Vanessa Porto, positioning both women for a potential title shot against Jennifer Maia. Andrea Lee will compete on the same Invicta card when she takes on promotional newcomer Liz Tracy. Meanwhile, longtime top-10 fighter Julia Berezikova drops out of the rankings due to inactivity.

Two top-10 fighters squared off in April, which shook up the rankings a tad. In a high-profile bout at UFC on Fox 24, Rose Namajunas submitted Michelle Waterson to potentially become the top contender. She’s poised to meet the winner of the title contest between UFC champ Joanna Jędrzejczyk and Jessica Andrade, who will compete in May in the co-main event of UFC 211. Also on the UFC 211 card, Jessica Aguilar returns from an injury layoff to take on Cortney Casey.

April was a quiet month for the ranked atomweights, but there are a pair of bouts in May that will feature ranked fighters. Herica Tiburcio will square off with Tessa Simpson at Invicta FC 23 to move up the ladder and potentially earn a title shot. Also, Angela Lee will go to work in the ONE Championship organization, where she fights Istela Nunes, albeit at the 115-pound weigh-in limit utilized by the Pacific promotion for its atomweight bouts.