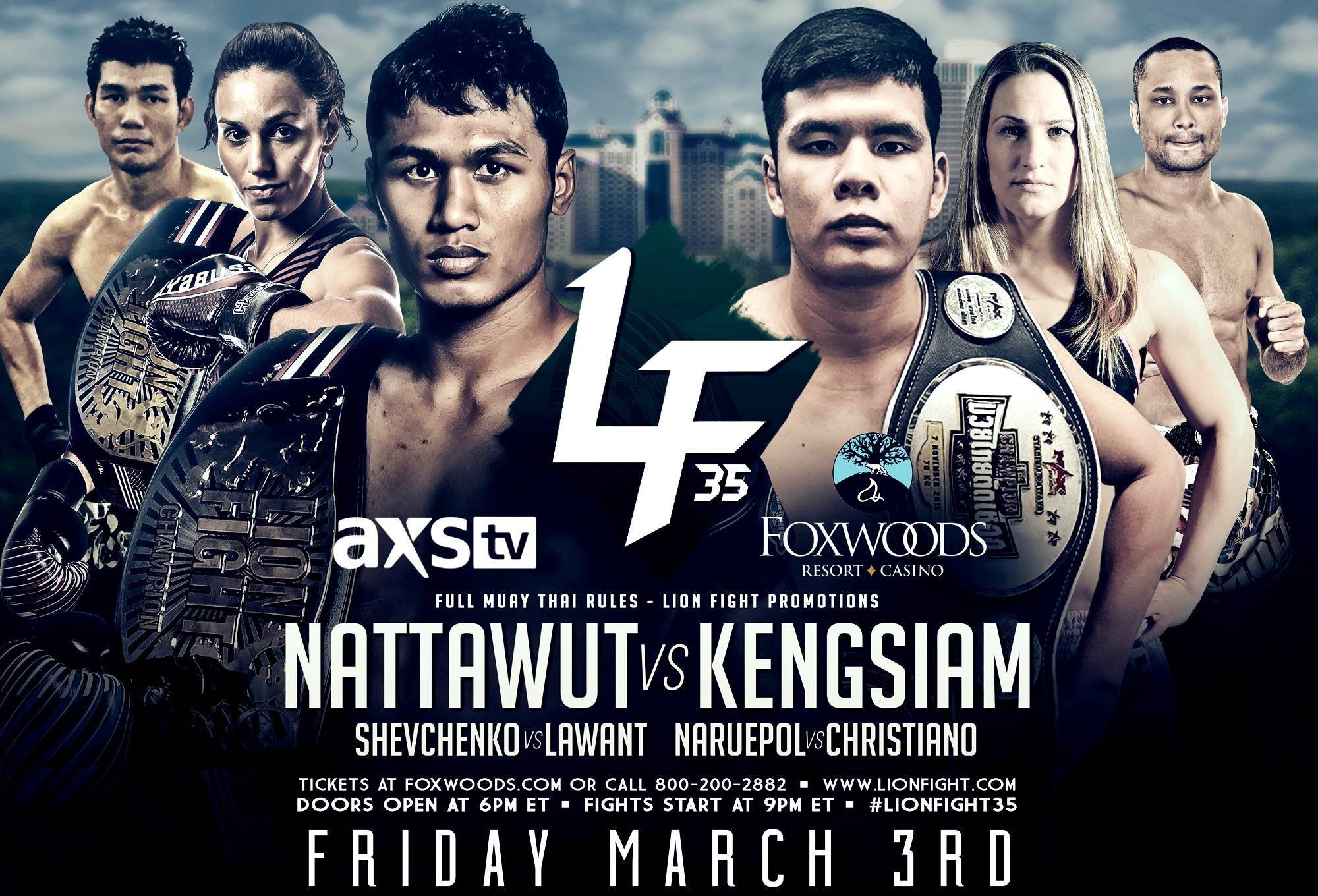 On Friday, March 3, Lion Fight hosted its 35th event from the Foxwoods Casino in Mashantucket, Conn.

In the main event of the evening, two-division titleholder Jo Nattawut put his super welterweight belt on the line against Kengsiam Nor Sripueng. Nattawut last defended the title at Lion Fight 33, cruising past Hasan Troy by unanimous decision. Thailand’s Kengsiam is a two-time Max Muay Thai gold belt champion.

The event was also expected to feature women’s lightweight champion Antonina Shevchenko, but challenger Magali Foroni was unable to secure proper medicals in time and the bout was canceled.

The action kicked off at 9 p.m. ET on AXS TV. Above are video highlights of the event (courtesy of AXS TV).