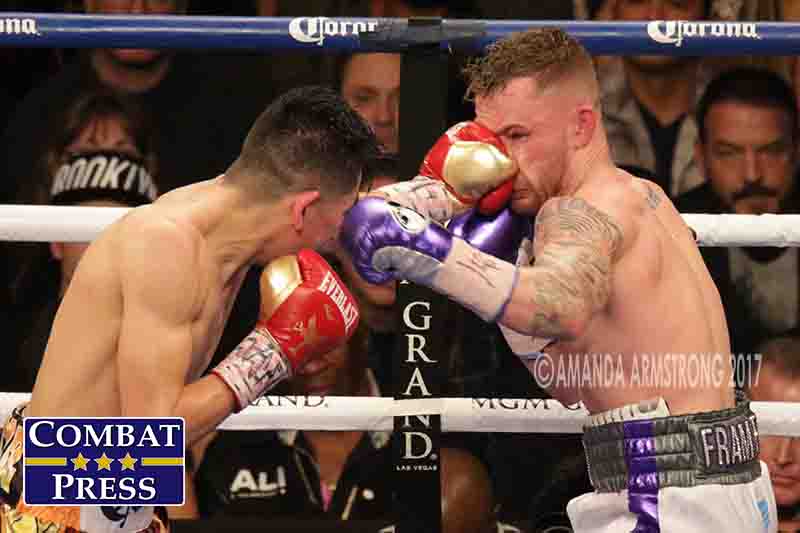 At the post-fight press conference a visibly upset Frampton and a humble, but yet satisfied Cruz, sat down with the press. Immediately Frampton opened the invite to the rubber match in his home town of Belfast. Repeatedly bringing up, “If Leo is a man of his word…” as a consistent reminder to Santa Cruz. But Frampton also stated that it was time to fight at home for his fans. He also warmly welcomed Santa Cruz to stay at his house. Although that won’t be happening for an official fight, Santa Cruz said he is open to travel to Belfast. Frampton was adamant about completing this trilogy right away, and had no interest in any other fight.

Below are photos shot by Amanda Armstrong for Combat Press. Click an image for a larger version.