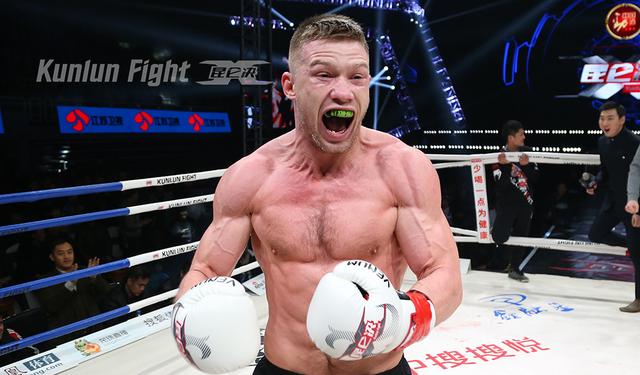 Dropped from the rankings: Anderson Silva (9)

The heavyweight ranks are a bit of a mess after the past month’s action. GLORY 29 in Copenhagen hosted a four-man contender tournament featuring Jahfarr Wilnis, Anderson Silva, Ismael Londt and Kirill Kornilov. Londt walked away with the tournament win after taking a majority decision over Silva and a split decision nod over Wilnis. The previously unranked Londt vaults into the No. 3 spot in the rankings, and he’ll be the next to challenge champion Rico Verhoeven. Silva’s fourth loss in his last five outings causes him to fall from the rankings. Also in action during the month, seventh-ranked Hesdy Gerges was stopped by Frenchman Tony Gregory in Germany at Kings of the Ring.

It was a quiet month for the light heavyweight division. Only sixth-ranked Zack Mwekassa was in the ring. The Congolese fighter bested French-Algerian Zinedine Hameur-Lain at GLORY 29 on the scorecards to maintain his place in the rankings.

There wasn’t a ton of action at middleweight in April, but fifth-ranked Alex Pereira took on seventh-ranked Israel Adesanya at Wu Lin Feng Glory of Heroes in China. After three rounds, it was the Brazilian Pereira who left with a questionable decision victory, but he maintains his place in the top five.

April was a very busy month for the welterweight ranks. The top six fighters in the rankings were in the ring. Top-ranked Nieky Holzken successfully defended his GLORY title against sixth-ranked Yoann Kongolo in Copenhagen. No. 2-ranked Artur Kyshenko got the better of recent GLORY title challenger Murthel Groenhart at Kunlun Fight 43 in China. It wasn’t all bad for the third-ranked Groenhart, however. He picked up a pair of wins in the WFL Where Heroes Meet Legends tournament to remain in the third slot. Fourth-ranked Karim Ghajji successfully defended his ISKA belt and captured Bellator gold with a decision win over Mustapha Haida at Bellator Kickboxing’s debut event in Italy. Also at the event, No. 5-ranked Raymond Daniels finally returned to the ring, earning a quick stoppage against Francesco Moricca.

Dropped from the rankings: Davit Kiria (8)

All he does is win. Top-ranked Sittichai Sitsongpeenong continued his march through anyone and everyone put in front of him, capturing the Kunlun Fight 43 group nine tournament. It wasn’t without some adversity, though. Mohamed Mezouari rocked him early in the finals, before Sittichai took over and cruised to victory. Also in the ring, former pound-for-pound king Giorgio Petrosyan cruised to a decision win over Ravy Brunow at Oktagon 2016 in Italy. Former GLORY champion Davit Kiria’s fall from grace continued at Kunlun Fight 42 in China. Kiria fell via decision to Turkey’s Tayfun Özcan in the group seven tournament semifinals and now finds himself on the outside of the top 10. Finally, Canadian Josh Jauncey picked up a big knockout win at Wu Lin Feng Glory of Heroes in China. He stopped Xu Yan with a left head kick to climb to No. 9 in our rankings.

Dropped from the rankings: Massaro Glunder (10)

The top featherweight on the planet was in the ring in one of the superfights at K-1 World GP 2016 60-kg Japan Tournament. Kaew Weerasakreck (formerly Fairtex) cruised past Moroccan Ilias Bulaid to hold onto his top slot in the rankings. Fourth-ranked GLORY champion Serhiy Adamchuk fought in April, but it was in a short-notice, lightweight affair at GLORY 29 against Mohammed El-Mir. Massaro Glunder was in action at WFL Where Heroes Meet Legends, but fell to Mohammed El Messaoudi by decision. The loss dropped Glunder from the top 10, opening the door for Qiu Jianliang to move into the No. 10 spot. Jianliang captured a narrow decision win over Jomthong Chuwattana at Wu Lin Feng Glory of Heroes.

Many of the sport’s best were in action during April, including five of our pound-for-pound top 10. As mentioned above, top-ranked Sittichai Sitsongpeenong continued his domination of the lightweight ranks. No. 2-ranked Nieky Holzken once again proved he’s the class of the welterweight division by defending his GLORY title in Denmark. Fourth-ranked Giorgio Petrosyan put on a show in his native Italy at Oktagon 2016. Thailand’s Kaew Weerasakreck further cemented his claim as the best featherweight with another victory. Finally, the lightest fighter in our rankings, Takeru, stopped Yodsaenchai Sor. Sopit in his native Japan. The wins for Weerasakreck and Takeru allowed them to climb ahead of former GLORY titleholder Gokhan Saki.