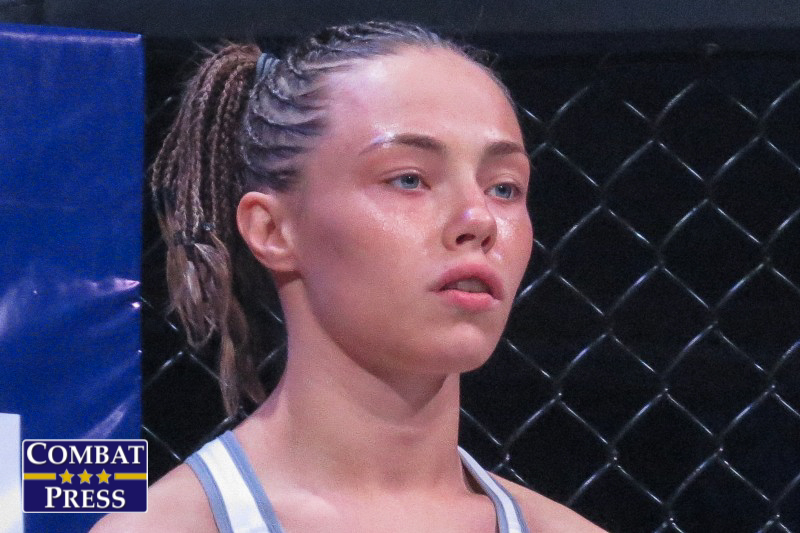 Though she could not completely confirm, Namajunas (@RoseNamajunas) on Twitter and Instagram) did hint that she will be featured on the big screen sooner than later. She’s been fielding movie offers, and she’s not surprised. Like she said to Rizzo and Kelly, “who wouldn’t want to see me in a movie?”

The 23-year-old UFC strawweight is focused on becoming a UFC champion, but she talked about potential plans when she’s done fighting. Becoming a farmer, maybe a DJ, were two of the options she spoke about, but as we found out, she’s well versed in a multitude of talents the MMA community is unaware of.

Coming off a dominating submission victory against VanZant in December 2015, Namajunas is staying consistent on her road to the title, leaving aside Dancing with the Stars and fame outside the Octagon. Namajunas is scheduled to fight Tecia Torres on April 16 at UFC on Fox 19 in Tampa, Fla. Torres defeated Namajunas via unanimous decision at their first meeting at Invicta FC 6 in July 2013, and the Milwaukee native described the world of difference between then and now.