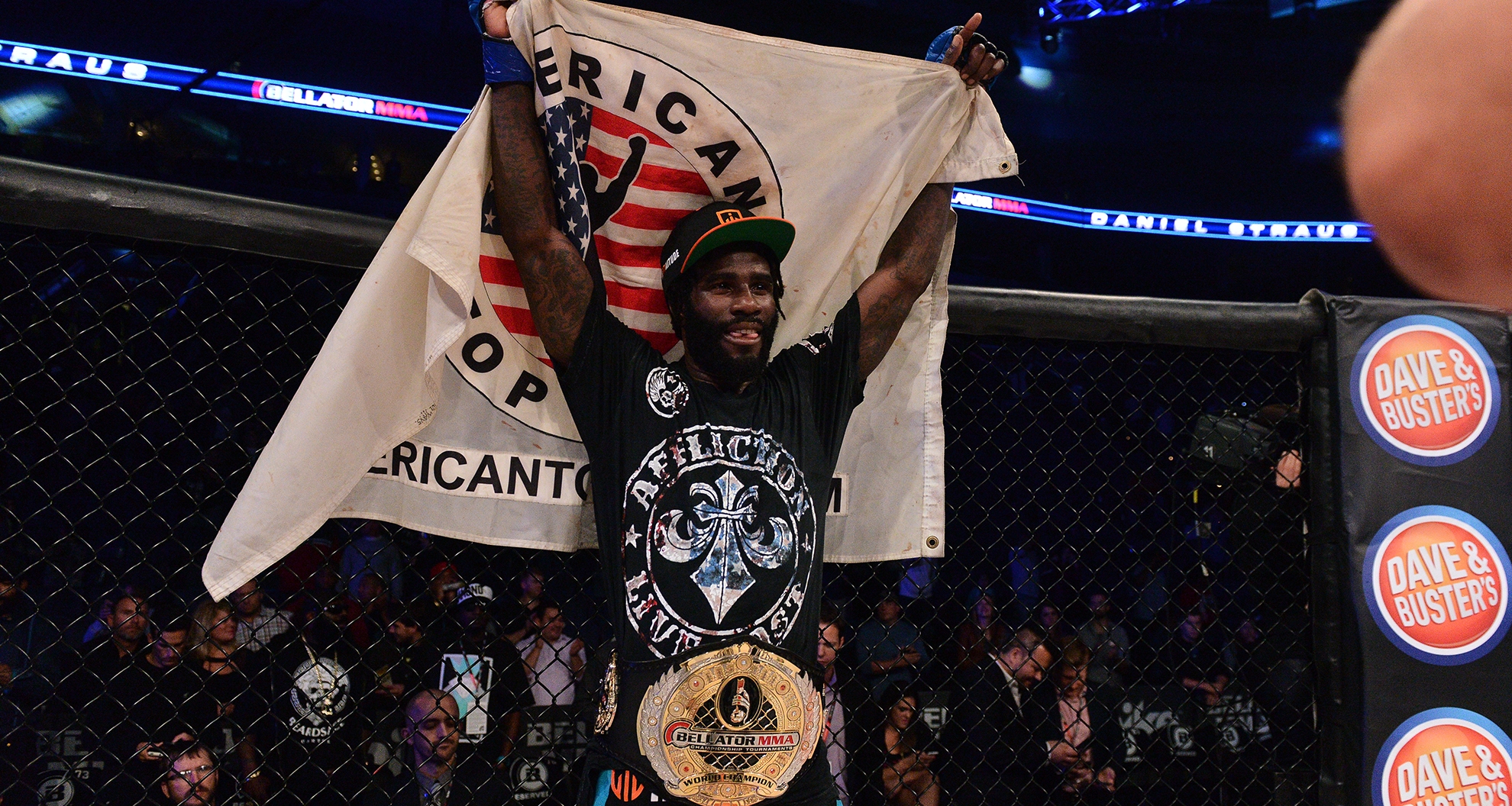 Bellator returned to St. Louis with a star-studded lineup that did not disappoint from top to bottom.

The main event saw Daniel Straus finally defeat his Brazilian nemsis, Patricio “Pitbull” Freire to capture the Bellator featherweight title. The two men engaged in a war of attrition with both landing significant strikes throughout the fight. Similar to their second fight, Straus dropped Freire with a straight punch early and Freire nearly had a rear-naked choke. This time however, Straus survived the late scare. The two men began throwing bombs at one another, with neither man looking to back down. It was a tough battle that both men will likely be feeling for the foreseeable future. Of course, Straus will find comfort in the Bellator title hanging on his mantle. Meanwhile, Freire will head back to the drawing board and contemplate his future in the division. He has beaten Straus twice but Straus took the third fight. Is Bellator willing to put on a fourth?

In the evening’s co-main event, Will Brooks survived multiple scares from submission ace Marcin Held to take an unanimous decision victory. Brooks stated in the post-fight interview with Jimmy Smith that his knee popped early in the fight. Rather than standing on one leg, Brooks used his wrestling to take Held down at will throughout the contest. Held attempted to lock on a submission hold multiple times throughout the contest, but Brooks’ top game was too strong for the challenger to overcome. He had success in the first round by holding Brooks against the fence, but it would be the only round Held took on the scorecards. Brooks showed a lot of heart to fight through the injury and beat a dangerous submission fighter at his own game.

Michael Chandler was returning to his old stomping grounds and dominated his fight with David Rickels. Early on, Chandler used his wrestling to hold Rickels on the mat. Rickels found little solace in making it to his feet as Chandler would repeatedly launch powerful right hands toward the “Caveman.” Chandler continued to lay on the punishment in the second frame, dropping Rickels with a right cross as he came in. Chandler would unload a flurry of strikes on the ground, turning Rickels beard into a new shade of red. The referee called it off as it became clear Rickels wasn’t defending himself. Following the fight, Chandler made it very clear he wants the next lightweight title fight in Bellator.

The first set of rematches occurred when Bobby Lashley faced James Thompson in a heavyweight clash of colossal men. Lashley immediately shot in for a takedown and swarmed Thompson with punches. Thompson had no answer for Lashley’s onslaught, causing the ref to step in for the TKO stoppage. Thompson appeared to injure his knee as he tried to get up, only to stumble back to mat.

Kicking off the main card was a featherweight scrap between Justin Lawrence and Emmanuel Sanchez. Lawrence used his footwork and kicks early on but eventually Sanchez’s forward pressure and grappling game would overcome the Missouri native. Lawrence took the fight on one judge’s scorecard but Sanchez would take the other two for a split-decision victory.