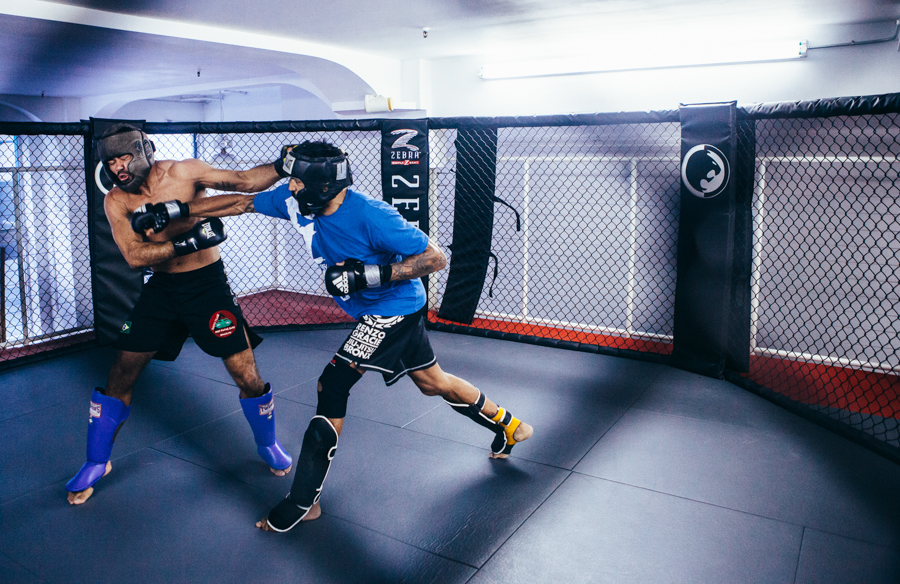 Anthony Geathers is one of the up and coming stars in the area of sports photography, and he joined Joe Rizzo (@RearNakedChoke) and Jay Kelly (@JayKellyMMA) on Rear-Naked Choke Radio.

Geathers (@BrooklynsSon) has most recently been photographing the camps of Bellator light-heavyweight champion Liam McGeary and World Series of Fighting middleweight belt-holder David Branch. The Bedford-Styvesant, Brooklyn-based Geathers also spent significant time over the summer shooting summer-league basketball in New York City. Geathers (Instagram: @AnthonyBGeathers) recounted his experience as a member of the United States Marine Corps and recalled the events in his life before joining the armed forces that led him to his career. He spent plenty of time at the library, but back then did not much like the classroom life, instead opting to pilfer books and videos. Listen to find out why, and which ones, but here is a hint: it led him toward MMA. Kelly and Geathers shot around some hip-hop talk (perhaps they’ll spin off a separate podcast about it), and the stage was set for a new friend of the show to return.

The episode kicked off with the report by our partners at CombatPress.com going with the story of Fedor Emelianenko signing with the UFC. How do the bigger, established MMA websites and the sites that cover MMA react when one of the emerging, smaller sites hits a potential scoop? That kicked of the discussion of the night, and can be continued on Twitter.