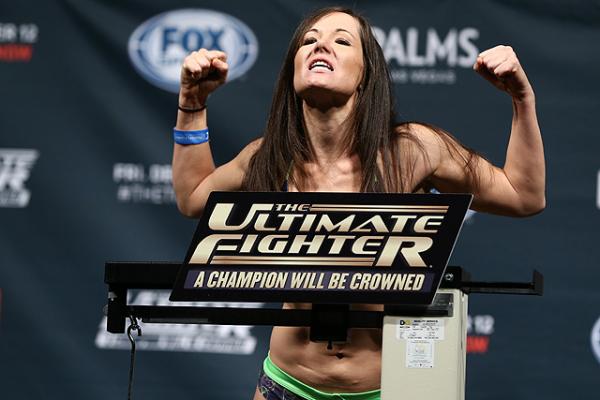 The Ultimate Fighter 20 arrived with a ton of potential built around the premise of crowning the UFC’s first-ever strawweight champion in the live final, which is set to take place tonight.

The season got off to a strong start, but the fights were somewhat forgettable and the personalities of those in the house were fairly bland. Tie in the fact that the show had to go dark for a few weeks due to the MLB playoffs and it seemed as if this edition of The Ultimate Fighter couldn’t end fast enough. The worst part of the season, however, centered around how the participants were perceived on a weekly basis.

When you think back to the last few months and pick out the memorable moments of the season, chances are you picture the school-yard bickering back and forth between the “Skrappettes” and “Chumpettes.” It was essentially like watching old high school friends slam each other on Facebook. It was uncomfortable to watch and ultimately a very tiring thing to endure on a weekly basis. Toward the end of the season, you could tell the fighters who know they have very little chance of being successful with the UFC (Angela Magana, for example) started to change their attitude completely in an effort to have fans remember them in some way. It wasn’t just these sorts of things that left us with a “meh” attitude toward the season. It was also because of the way these women were portrayed.

People don’t always get along with one another. That’s not breaking news. It’s just how it goes sometimes. But that’s all we really ever saw when the ladies were away from the training center. Bec Rawlings and half the house talking crap about Heather Jo Clark, Clark acting like an innocent victim, and everyone slamming the notion that Tecia Torres shouldn’t have been allowed to come back and fight as an injury replacement.

That last scenario is especially unique to this season of the reality series. We’ve seen time and time again a fighter get called back into the TUF competition for various reasons (most of the time due to an injury), and they are thankful for that second chance. Generally, the other fighters label that person as lucky. I don’t recall a time when essentially the whole house thought it was unfair for that fighter to come back. However, that’s exactly what happened here, as Carla Esparza and others expressed her disdain for Torres’s second chance.

Most of us fight fans flip on UFC programming to get away from our real-world stresses. Heck, that’s one of the main reasons for sports in the first place, isn’t it? As a person who has five younger sisters and is married with three young daughters, the last thing I want to hear is a bunch of women chirping at each other for an hour. But, that’s what we had thrown at us.

It’s unfortunate the way the show was edited to focus so much on the cattiness of the fighters. The rise of women’s MMA is built upon the notion that these athletes are strong, skilled, independent women. The show didn’t do them justice at all. We craved to know more of their sacrifices and more of what drives them to be locked inside the Octagon, not the drama that goes with trying to kick somebody out of a bedroom.

The icing on the cake was the TUF Talk segment that aired live on Fox Sports 1 following the final episode of the season. Karyn Bryant did a Q&A segment with several of the fighters, and if you didn’t know any better, you would have thought you stumbled onto The Bachelor finale. Each of the fighters was spewing venom at other members of the cast while the host, Bryant, kept asking questions that were sure to strike a nerve.

These great athletes deserved so much better publicity, but now that the show is over they can start to carve out their own path and show us who they really are.

The silver lining in all this? The live finale has shaped up to be an excellent card. We no longer have to deal with the finger pointing and gossip. Instead, we can hone in on the part we all love to watch, the actual fights.