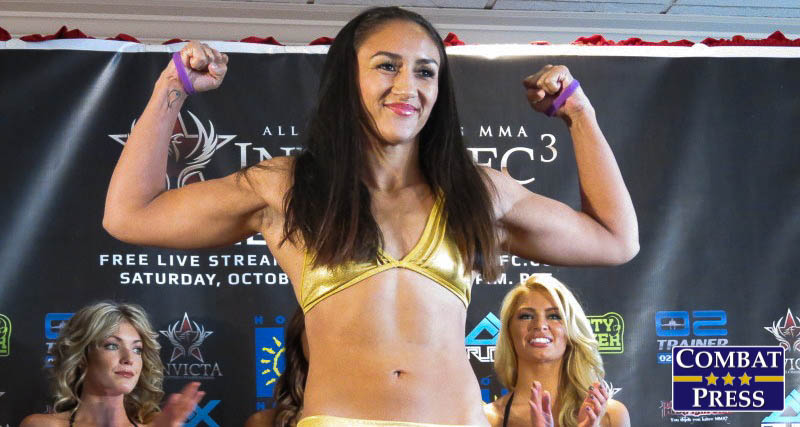 On Thursday, Dec. 11, the UFC will host the weigh-ins for The Ultimate Fighter 20 Finale which takes place Friday, Dec. 12, from the Pearl at the Palms in Las Vegas.

In the night’s main event, the promotion will crown its inaugural women’s strawweight champion as former Invicta title holder Carla Esparza squares off with Rose Namajunas. The pair battled their way through the TUF 20 tournament for the right to fight for UFC gold. Esparza enters the contest riding a four-fight winning streak that includes wins over castmates Bec Rawlings and Felice Herrig. The win over Rawlings earned her the Invicta 115-pound title. Namajunas, meanwhile, has just three professional fights on her resume. The 22-year-old fell short against Tecia Torres in her final Invicta appearance, but tore through the opposition on the reality show.

The co-main event of the evening features a featherweight collision between Brazil’s Charles Oliveira and hard-hitting Jeremy Stephens. Oliveira will be looking for his third straight win, while Stephens seeks to rebound from a five-round decision loss to Cub Swanson earlier in the year.

The fighters will hit the scales at 7 p.m. ET on Thursday. A live video feed appears above (courtesy of the UFC), while the results appear below.

*Oliveira was given one hour to reach the featherweight limit

**Daly was given two hours to reach the strawweight limit