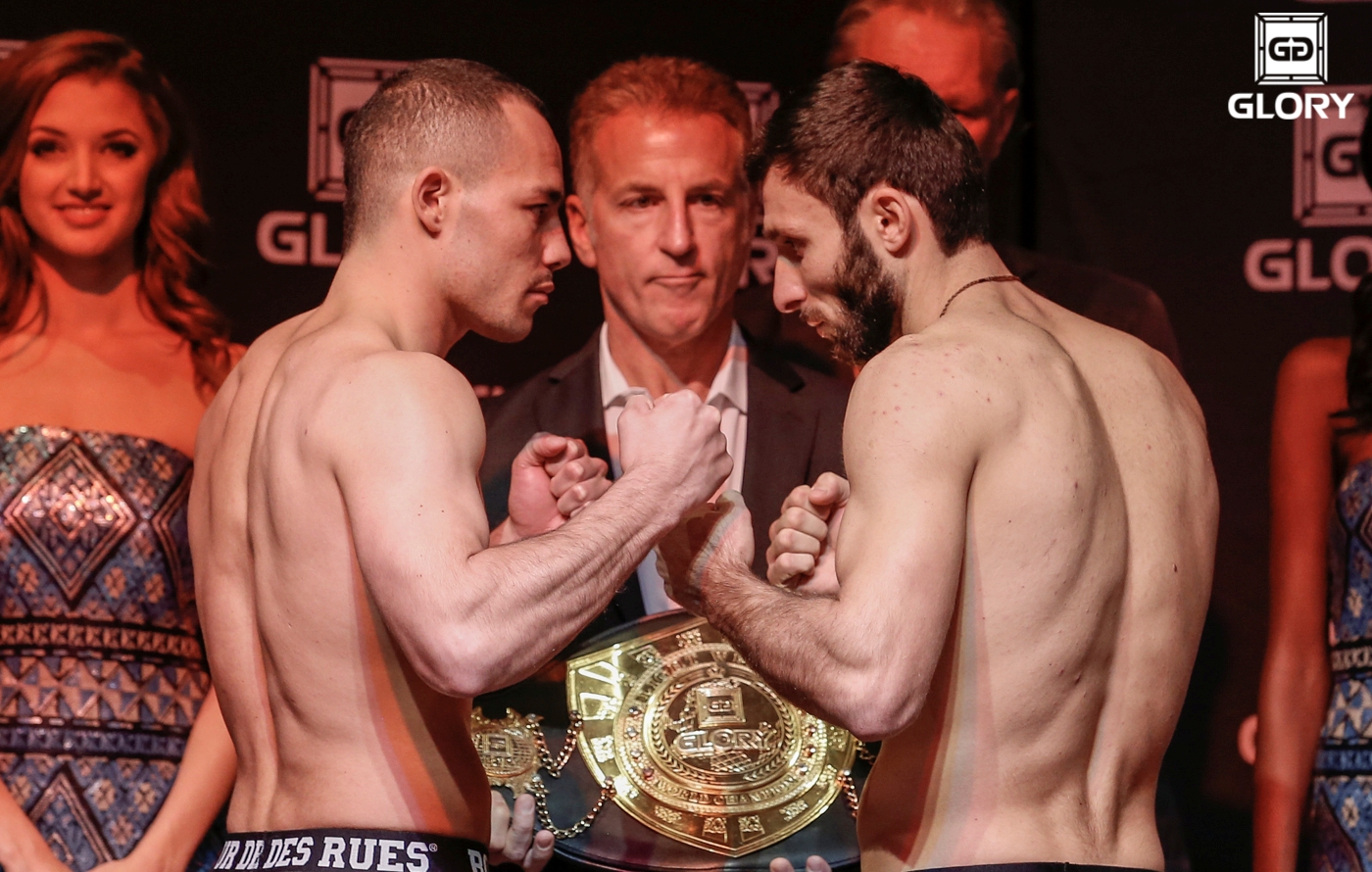 On Thursday, Nov. 6, GLORY hosted the weigh-ins for its 18th event, dubbed Return to Glory, which takes place Friday, Nov. 7, from the Grand Casino Hotel and Resort in Shawnee, Okla.

In the night’s main event, lightweight title holder Davit Kiria will take on Dutch powerhouse Robin van Roosmalen. Kiria captured gold at GLORY 14 in March with a knockout of Andy Ristie. It marked the Georgian fighter’s fifth win inside the GLORY ring. Van Roosmalen, meanwhile, bounced back from a loss to Ristie with decision win over Marat Grigorian in April. The 24-year-old defeated Kiria last November and will look to do so again with the title on the line.

The card will also feature a four-man, light heavyweight contender tournament. The bracket features a match-up of knockout artists as Brian Collette and Zack Mwekassa lock horns, while Saulo Cavalari meets Danyo Ilunga in the other half of the ladder.

The night’s main card will air live on Spike TV on Friday at 9 p.m. ET.