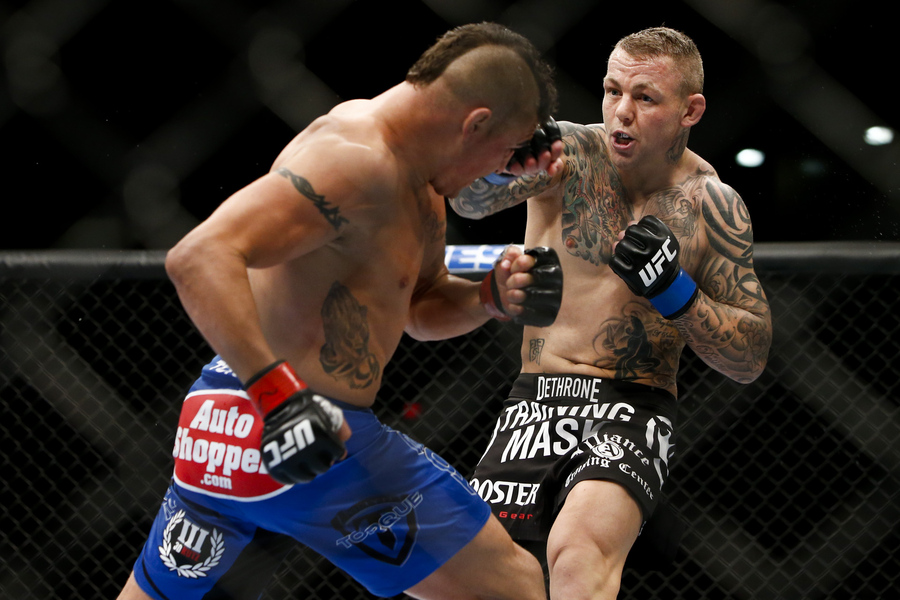 The UFC’s return to the Land Down Under has a co-main event.

Lightweights Ross Pearson and Al Iaquinta have been matched up for UFC Fight Night 55 on Saturday, Nov. 8 in Sydney.

The TUF season nine winner Pearson will look to build on the momentum of his second-round TKO of former title challenger Gray Maynard in August at UFC Fight Night 47. Prior to that, the 30-year-old Brit dropped a controversial split decision to fellow TUF winner Diego Sanchez at UFC Fight Night 42 in June. Since returning to the lightweight division in late 2012, the questionable defeat to Sanchez marks Pearson’s only setback. Eleven of his 16 career wins have come before the final bell.

Iaquinta, meanwhile, has won four of his last five Octagon appearances since falling short on The Ultimate Fighter: Live to winner Michael Chiesa. The New York-based fighter scored a violent, third-round finish of Rodrigo Damm in September at UFC Fight Night 50. The win marked the 27-year-old’s first finish under the UFC banner and his fourth career win via strikes.