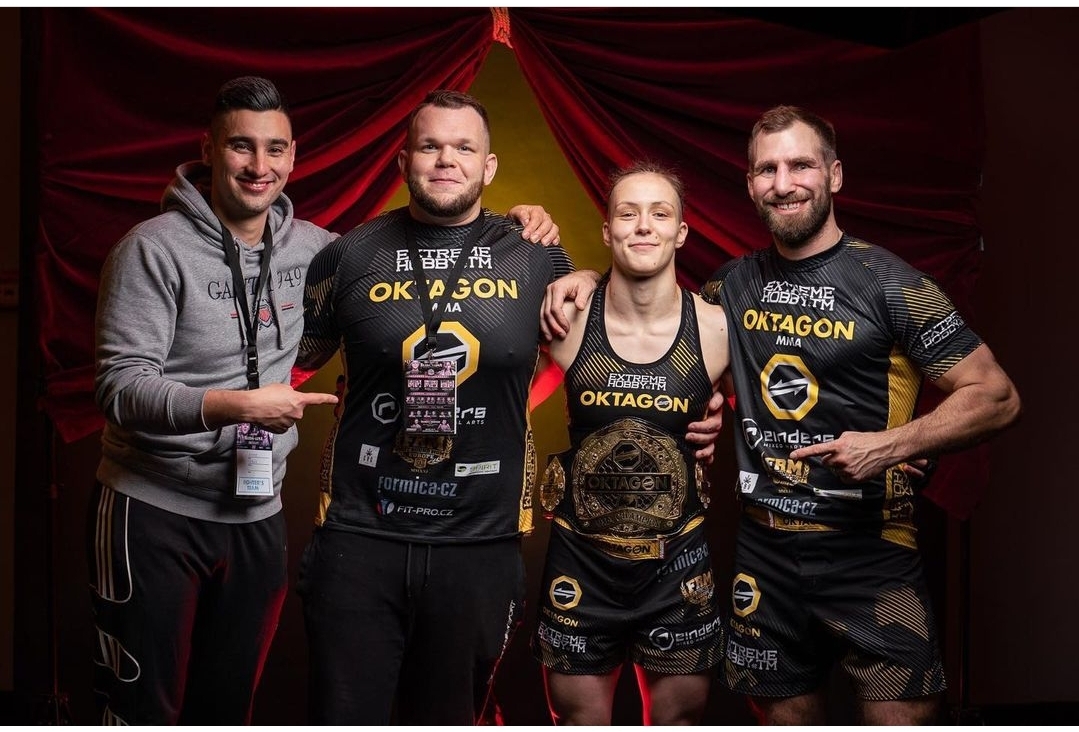 Five Women’s Bantamweight Prospects the UFC Should Sign in 2022

The first of two women that will be featured on this women’s bantamweight list, Tereza Bleda, is one of the best women’s 135-pounders outside the UFC. This has been seen both in her pro career and her COVID exhibition career, which doesn’t count on her official record but is impressive nonetheless.

Bleda has looked outstanding in her amateur and pro career. She has earned her fair share of finishes as well. She’s well-rounded and does not mind fighting on the feet or on the mat. When COVID hit in 2020, she won three exhibition fights against UFC vet Lucie Pudilova, top European prospect Magdalena Sormova and fellow prospect Lucia Szabova. Those don’t count, but they’re big wins. Her 2021 was also impressive, scoring wins over experienced opponents in Mabelly Lima, Judyta Rymarzak, Karoline Martins and Edna Oliveira.

Bleda is UFC-ready right now. Her nickname is “Ronda” which will be a tall order to live up to, but there’s no doubt she can make a dent in the UFC’s 135-pound roster from the minute she steps in the Octagon.

Probably the most under-the-radar women’s MMA prospect is Ukraine’s Ekaterina Shakalova. She has quietly amassed a strong record and displayed an excellent skill set that shows she is ready to test herself at the next level.

Shakalova is a strong submission wrestler who is getting better every time she steps in the cage. The 24-year old’s best days are still ahead of her, so the fact she’s improved this much, and is this solid, means that in a few years, she’s going to be real solid. She had a very strong 2021 showing for herself. First, she stole the unbeaten record from Polish prospect Roza Gumienna. She then took out UFC veteran Izabela Badurek. Her most recent win was her biggest, as she choked out top Brazilian prospect Jamila Sandora in what was considered an upset.

Shakalova’s grappling background is impressive, and it’s transitioned well to the cage. She’s a little short for bantamweight, in my estimation, so if she were to drop weight classes, I don’t think anybody would be opposed. Dana and Co. should be on the lookout with her.

The second woman from the Czech Republic to grace this list this year is Lucia Szabova, who represents the same gym as the aforementioned Bleda. Szabova is an undefeated prospect that is exciting in the cage and has great potential.

Szabova possesses a Muay Thai background and has taken pro kickboxing fights in her career. You wouldn’t merely know that from looking at her record, though, as she has three wins by armbar and two by knockout. She had a huge 2021. She started off by submitting Olympic-level judoka Rizlen Zouak. She followed that up with a highlight-reel knockout of Cristina Netza. Her most recent bout was a dominant decision over Cornelia Holm.

Szabova would be an exciting addition to the women’s 135-pound division, especially if she were hired alongside her teammate Bleda. She brings the fight, doesn’t back down and finishes her opponents – something the UFC would love.

Taneisha Tennant is one of the handful of fighters who lost on the Contender Series in the past and has come back stronger since then. Tennant’s big 2021 should be setting her up for the UFC, as she’s one of the best outside the organization.

Tennant has a striking background, which makes sense given her fight style. She likes to stay technical and move forward in the cage. It’s probably why she was matched up with former pro boxer Danyelle Wolf on the Contender Series in 2020, as she would mostly stay standing with the inexperienced MMA opponent. That said, Tennant took a massive victory in 2021. She earned the Invicta bantamweight championship in besting Lisa Verzosa, when Verzosa was a massive favorite in that fight.

Tennant is a champion in the top women’s organization and has already fought in front of the UFC brass. She should already be on their radar. Throw in that she’s an Invicta Phoenix Tournament winner, in which she beat 2021’s PFL runner up Taylor Guardado, and you have yourself somebody who should be on the UFC roster some time in 2022.

One of the best kept secrets in women’s MMA has to be Dariya Zheleznyakova, an undefeated Russian with a well-rounded skill set. She’s a woman that will burst onto the radar sooner or later, and when she does, she will impress the fanbase.

Zheleznyakova is one of a few Sech Pro reps to grace this list. She’s been absolutely dominant since turning pro in 2019, scoring three wins by knockout and two by commanding decision. Her wins have come over solid opponents as well. 2021 saw her take out Andreina Reis and Meruert Ibraeva, the latter of whom was undefeated at the time. Add that win to her victories over Bellator fighter Darina Mazdyuk, former undefeated prospect Gozel Zutova and experienced vet Iryna Kyselova, and you have yourself somebody with a proven track record.

She’s just 25 years old and this good, which means the sky is the limit with Zheleznyakova. She has a very bright future and could be a real problem in the UFC women’s bantamweight division. Give her a couple years and she’ll be contending.