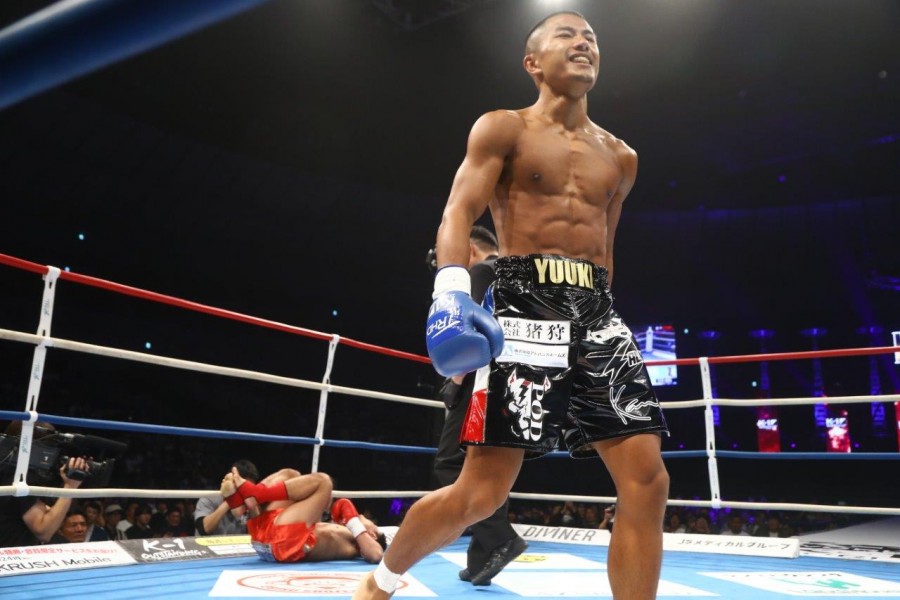 The year 2019 featured a number of excellent prospects putting their name in the spotlight. Among the group were GLORY middleweight contender Donovan Wisse, China’s fast-rising Jia Aoqi, and Teppen Gym’s next big thing, Taiju Shiratori. All three men could have won our “Breakout Fighter of the Year” award in a less competitive year. Wisse earned four victories in 2019 to make him the prime candidate to challenge for Alex Pereira’s middleweight title. Aoqi began his fast rise during the Wu Lin Feng 67-kilogram World Cup. Shiratori defeated two former stadium champions and a former K-1 titleholder twice on his way to an undefeated 7-0 campaign. However, the true breakout star of the year put his name on the map with one of the most dominant one-night tournament performances in recent memory.

Yuuki Egawa was an absolute force in 2019, a year in which he registered five wins and four knockouts on his way to becoming one of the best kickboxers in the world in his respective weight division. The 21-year-old prospect earned gold not once, but twice during his destructive campaign. Egawa defeated top-10 opponent Haruma Saikyo to win the Krush featherweight title at Krush.97. He defended the belt with a dominant first-round stoppage over TETSU at K-1 KRUSH FIGHT.102, where the exciting champion knocked down his opponent three times in just over two minutes.

Egawa’s crowning achievement in 2019 was his one-night tournament performance to capture the K-1 featherweight title. In a stacked tournament field, Egawa proved to be a step or two — or three — ahead of his competition in every facet of the sport. In the opening round, the reigning Krush titleholder melted talented Spaniard Jorge Varela with a massive left hook to the body that folded his opponent over in agony. Egawa continued his dominance in the semifinal round when he crushed Arthur Meyer, who was coming off a knockout victory over the aforementioned former Krush champ Saikyo. Egawa nearly kicked through Meyer when he landed a beautifully timed spinning back kick to the body that sat down the French fighter inside of one round. In the tournament final, Egawa needed less than a minute to dispatch of Thailand’s Jawsuayai Ayothayafightgym to become a dual belt holder under the K-1 Japan group banner.

To cap off his brilliant year, Egawa showed his talent in an exhibition match against the world’s top pound-for-pound kickboxer, Takeru. The bout turned from a friendly sparring session to an all-out brawl in less than two minutes. Not too bad for a 21-year-old with 14 wins in 17 fights, and definitely enough to make Egawa our 2019 “Breakout Fighter of the Year.”