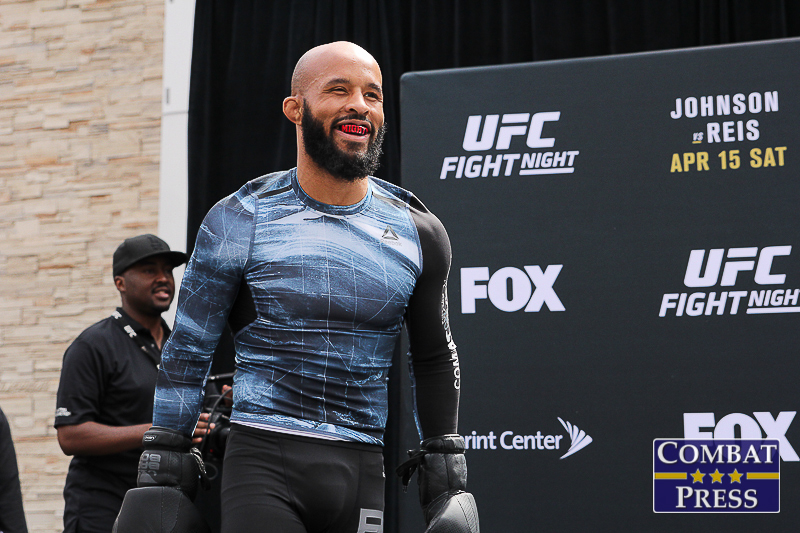 It’s been roughly a year since the historic first trade in MMA history. The UFC “sent” its longtime, though recently dethroned, flyweight champion Demetrious “Mighty Mouse” Johnson to ONE Championship in exchange for former Bellator and ONE champ Ben Askren. In reality, the two organizations exchanged signing rights, not actual fighters, but it’s still essentially a trade. Now, one year later, how does this deal look for both sides?

Well, ONE definitely seems to have gotten the better end of this exchange. Mighty Mouse, who was at odds with UFC President Dana White and wanted a change of scenery, has landed on his feet. He submitted Yuya Wakamatsu in his promotional debut in March and decisioned Tatsumitsu Wada in August. He recently capped off his run to the top of ONE’s “flyweight” (135 pounds, thanks to the unique ONE weigh-in rules) mountain with a tournament-final victory over Danny Kingad at ONE Century.

What has Askren done for the UFC? Not much, really. After coming out of semi-retirement, the two-time NCAA Division I national wrestling champion managed a controversial finish over Robbie Lawler in his own March outing. He floundered in epic fashion in his next fight when he was absolutely steamrolled by Jorge Masvidal in just five seconds — a UFC record. On Submission Radio, Askren admitted that he could be “in trouble” if he doesn’t beat Demian Maia in the pair’s UFC on ESPN+ 20 headliner on Oct. 26.

There was a time when White didn’t want anything to do with Askren. The UFC head found Askren’s style to be boring, even though the welterweight consistently landed in the top-10 polls across the MMA landscape. Now, when the UFC finally gave in and acquired his services, the company has been rewarded with one iffy win, a disastrous loss, and a former member of the elite stressing about his career trajectory in the weeks before he’s set to meet a very dangerous opponent.

Mighty Mouse, meanwhile, barely seems to be breaking a sweat. Two of his fights have gone the distance, but he’s been a clear winner without a whisper of controversy. More importantly, he’s done something for the ONE organization that Askren couldn’t really do.

The acquisition of Johnson came around the same time as the promotion’s signing of fellow UFC free agent Eddie Alvarez. This gave ONE Championship two legitimate members of the elite on its roster. These guys couldn’t be doubted in the same way that Askren and Bibiano Fernandes could, with detractors pointing to how their careers came entirely outside of the UFC. Mighty Mouse and Alvarez had beaten the best of the best while fighting in the one league that practically everyone views as the pinnacle of the sport.

ONE became an even more ambitious brand with these signings. The Asian promotion upped its game with an increase in star power — Giorgio Petrosyan in the kickboxing realm; numerous Muay Thai studs — and mega-events, including ONE Century. The league has definitely been a go-to source for combat sports, and even MMA rivalries like the one between the aforementioned Fernandes and Kevin Belingon have felt more important in the aftermath.

Meanwhile, what does the UFC have to show for this trade? The American company almost dismantled its flyweight division before realizing that the weight class still has tons of potential. They alienated and ran away a star in Mighty Mouse, too. In return, they received a fading Askren who has only managed one questionable win.

Of course, Askren could turn things around. He could use his wrestling game to stifle Maia and pick up a win, then run the table in the welterweight division. The five-second knockout could end up looking like a fluke. However, we’re not here to discuss the what-ifs. We’re here to look at how this trade has treated both leagues over the course of the last year.

Normally, we see trades graded in sports such as the NFL, Major League Baseball and the NBA. There’s always a winner and a loser. In this case, the UFC has lost.