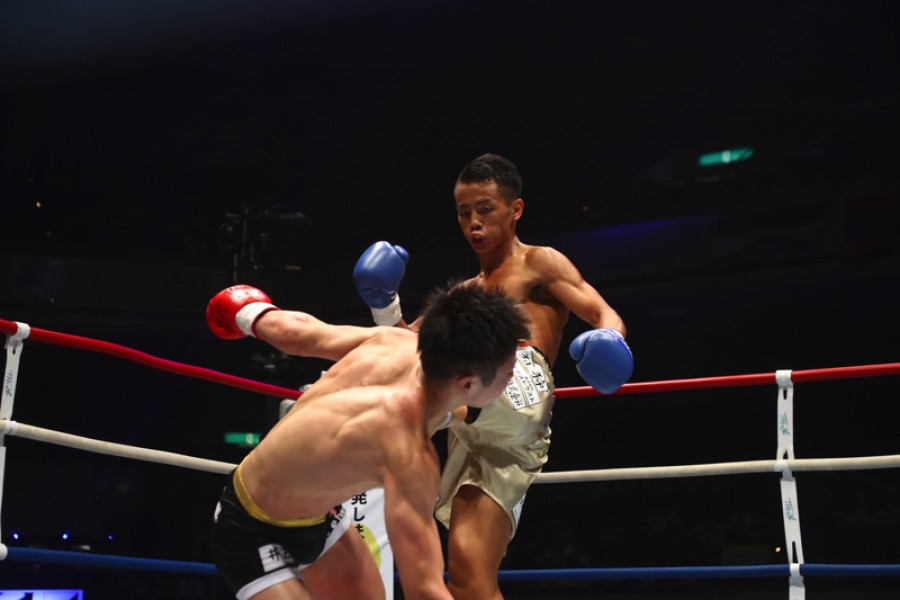 Dropped from the rankings: Luis Tavares (8)

There were two fighters in action during the month of June, one of which is exiting the rankings. Formerly eighth-ranked Luis Tavares lost a split decision to two-division WGP Kickboxing champion Felipe Micheletti at GLORY 66. Following his second consecutive fight at 95 kilograms, Tavares drops out of the heavyweight rankings. In his place, K-1 heavyweight champion and current GLORY heavyweight Roel Mannaart debuts in 10th place. The only other fighter to compete was former GLORY title challenge Guto Inocente, who defeated Italy’s Francesco Xhaja to defend his WGP super heavyweight title at WGP Kickboxing 55 in Brasilia, Brazil.

Dropped from the rankings: Michael Duut (10)

The light heavyweight division featured action from the top to the bottom in the month of June. No. 1-ranked light heavyweight Artem Vakhitov defended his GLORY title for the fifth time against rising prospect Donegi Abena at GLORY 66. Fifth-ranked Felipe Micheletti maintains his position in the rankings following a split decision victory over Luis Tavares, who returns to the light heavyweight rankings for the first time in over a year. Eighth-ranked Tarik Khabaez moves up two spots in the rankings following his sixth consecutive win over Anderson “Braddock” Silva at ONE Championship: Legendary Quest. Danyo Ilunga returned to the win column with a knockout-victory over Fred Sikking at Steko’s Fight Club Gala. Previously 10th-ranked Michael Duut drops from the rankings because of Tavares’s return to the rankings.

No fighters were in action during the month of June, so the rankings remain unchanged.

The division remains the same following a major shake in the month of May. There were two fighters in action during the month of June. The sixth-ranked lightweight Tayfun Ozcan bested Mohamed Hendouf by decision to win the Arena Fight 72-kilogram title in France. Also, seventh-ranked Endy Semeleer defended his Enfusion 75-kilogram title against 2018 Kunlun Fight 70-kilogram tournament finalist Marouan Toutouh at Enfusion 85.

Dropped from the rankings: Ren Hiramoto (3)

The featherweight division featured a number of changes in the month of June. Previously third-ranked Ren Hiramoto has dropped outside of the rankings due to inactivity as he presumably waits for his K-1 contract to expire. K-1 Krush Fight Night super welterweight champion Jordann Pikeur continued his reign of dominance with his fifth consecutive title defense following a decision win over Katsuya Jinbo at K-1 Krush Fight Night 102. Following a controversial championship bout, Rukiya Anpo won the K-1 super lightweight title with an extra round decision victory over former top-ranked featherweight Kaew Weerasakreck at the K-1 World GP 2019 Super Bantamweight Tournament. Despite solid wins against top Chinese opponents at the WLF 67-kilogram World Cup, Ilias Bulaid and Petchtanong Banchamek remain at the seventh and eighth positions, respectively. Bulaid stopped former Kunlun Fight tournament champ Wei Ninghui with a body shot knockout in the third round. Petchtanong bested Xie Lei to win his 10th consecutive fight. Finally, China’s Tie Yinghua debuts in the rankings for the first time following a victory over Thailand’s Kwangtung at Glory of Heroes 39.

No fighters were in action during the month of June, so the rankings remain unchanged.

There were two flyweight fighters in action during the month of June. Leona Pettas continued his rise under the K-1 banner with a second-round knockout against Kosuke Komiyama at the K-1 World GP 2019 Super Bantamweight Tournament. His fifth straight victory pushes him into third place.

The strawweight division featured the most action of any division in the month of June. Top-ranked Yoshiki Takei knocked out three opponents in one night to win the K-1 World GP 2019 super bantamweight tournament in a division where he already holds the 55-kilogram belt. Two of his three victories featured competitors who were previously ranked in the top five of the division, Alex Rivas and Masahi Kumura. Takei dispatched of Rivas in the opening round to push him into eighth. Kumura knocked out Phetpangan Mor.Rattanabandit in the first round of the tournament, bested Samvel Babayan by unanimous decision in the semifinals, and eventually fell short against Takei in the finals. Despite losing, Kumura moves up one spot in the ranking due to his performance and overall resume. K-1 57.5-kilogram king Yuta Murakoshi moves up one spot in the rankings following a decision victory over China’s Huo Xiaolong at the same event. Krush featherweight champion Yuki Egawa breaks into the top-five with an impressive first-round knockout against TETSU at K-1 Krush Fight Night 102. Haruma Saikyo moves up two spots in the rankings following a third-round stoppage win over Spain’s Jorge Varela at the K-1 World GP 2019 Super Bantamweight Tournament. Also, China’s Wang Junguang continued his winning streak at Glory of Heroes 39.

Dropped from the rankings: Superbon Banchamek (8)

Following a whirlwind of changes in the month of May, there are two new fighters earning their place in the pound-for-pound rankings. GLORY welterweight champion Cédric Doumbé looked phenomenal against Alim Nabiyev, which opens the door for the 2016 Combat Press Fighter of the Year to return to the pound-for-pound rankings for the first time since March 2018. K-1 World GP super bantamweight champion Yoshiki Takei debuts in a tie for 10th in the rankings following three wins in one night to push his winning streak to 20 straight. The changes at the bottom of the rankings forced top fighter Superbon Banchamek outside of the top 10, a position he held for nearly three years.

Dropped from the rankings: Amy Pirnie (10)

The month of June featured a championship match-up between the best female fighter on the planet, Anissa Meksen, and ninth-ranked Sofia Olofsson at GLORY 66. Meksen, earned her 98th career win and scored her third title defense when she stopped Olofsson via cut in the opening round of the GLORY women’s super bantamweight title bout. Two-division Enfusion champion Sarel de Jong continued her winning ways with a decision victory over Dutch kickboxer Sanne de Ruiter to defend her 64-kilogram title. Her victory pushes previously 10th-ranked Amy Pirnie out of the top-10 despite the Englishwomen scoring a third-round TKO finish of Cindy Silvestre in a Muay Thai rules bout at Blackpool Rebellion.