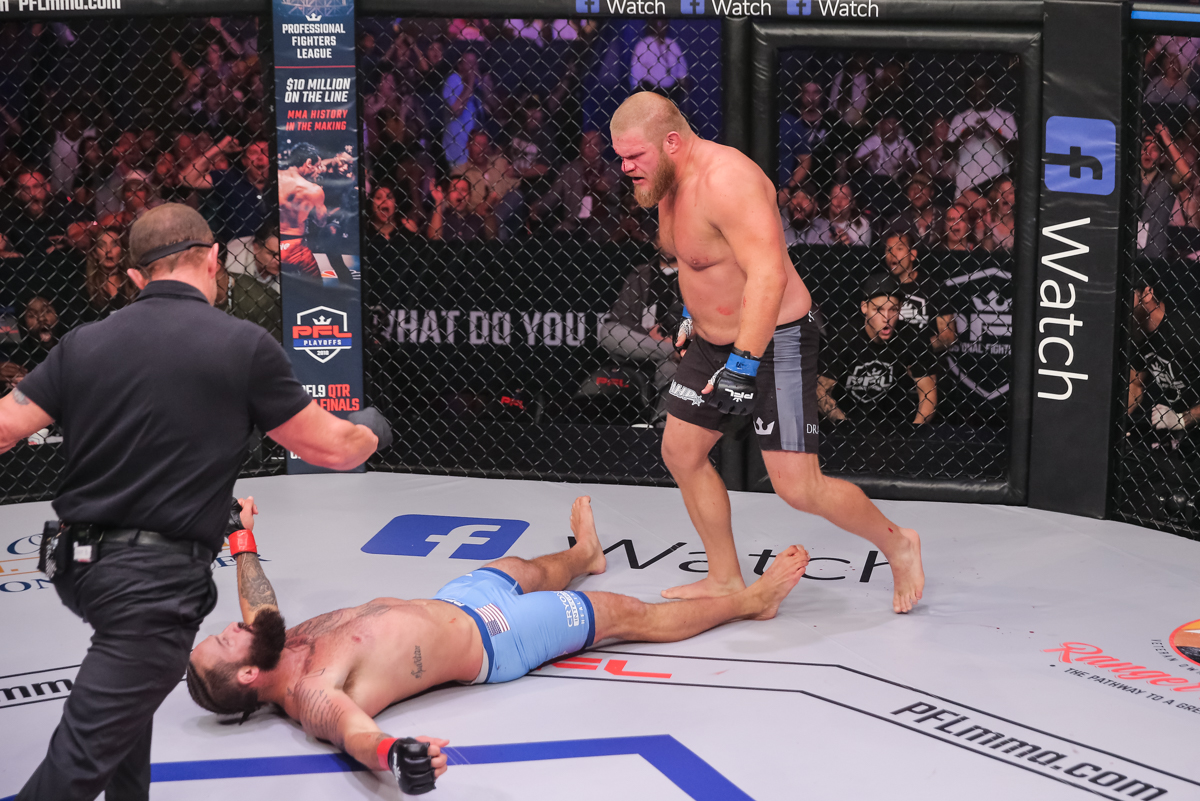 On Friday, Oct. 5, the Professional Fighters League kicked off its 2018 playoffs, holding its eighth event from the Ernest N. Morial Convention Center in New Orleans.

The heavyweight bracket had some familiar faces for UFC fans, including Francimar Barroso, Josh Copeland, Jack May, Alex Nicholson and Jared Rosholt. There were a few up-and-comers in the tournament as well, including Philipe Lins, Caio Alencar and Kelvin Tiller. Barroso and Tiller were neck and neck for the top spot in the regular season standings, but the Brazilian edged the American by just one point.

In the featherweight division, the UFC alumni include Steven Siler, Nazareno Malegarie and Tuerxun Jumabieke. Meanwhile, the up-and-coming talent here was an overwhelming group that includes Andre Harrison, Alexandre de Almeida, Alexandre “Popo” Bezerra, Lance Palmer and Max Coga. While Harrison’s perfect 19-0 mark stands out among the competition, it was Siler who landed the top spot when the dust settled on the regular season.

The first portion of the card aired live on Facebook at 7:30 p.m. ET. The remaining quarterfinal bouts and the entire semifinal round aired live on NBC Sports at 10 p.m. ET.