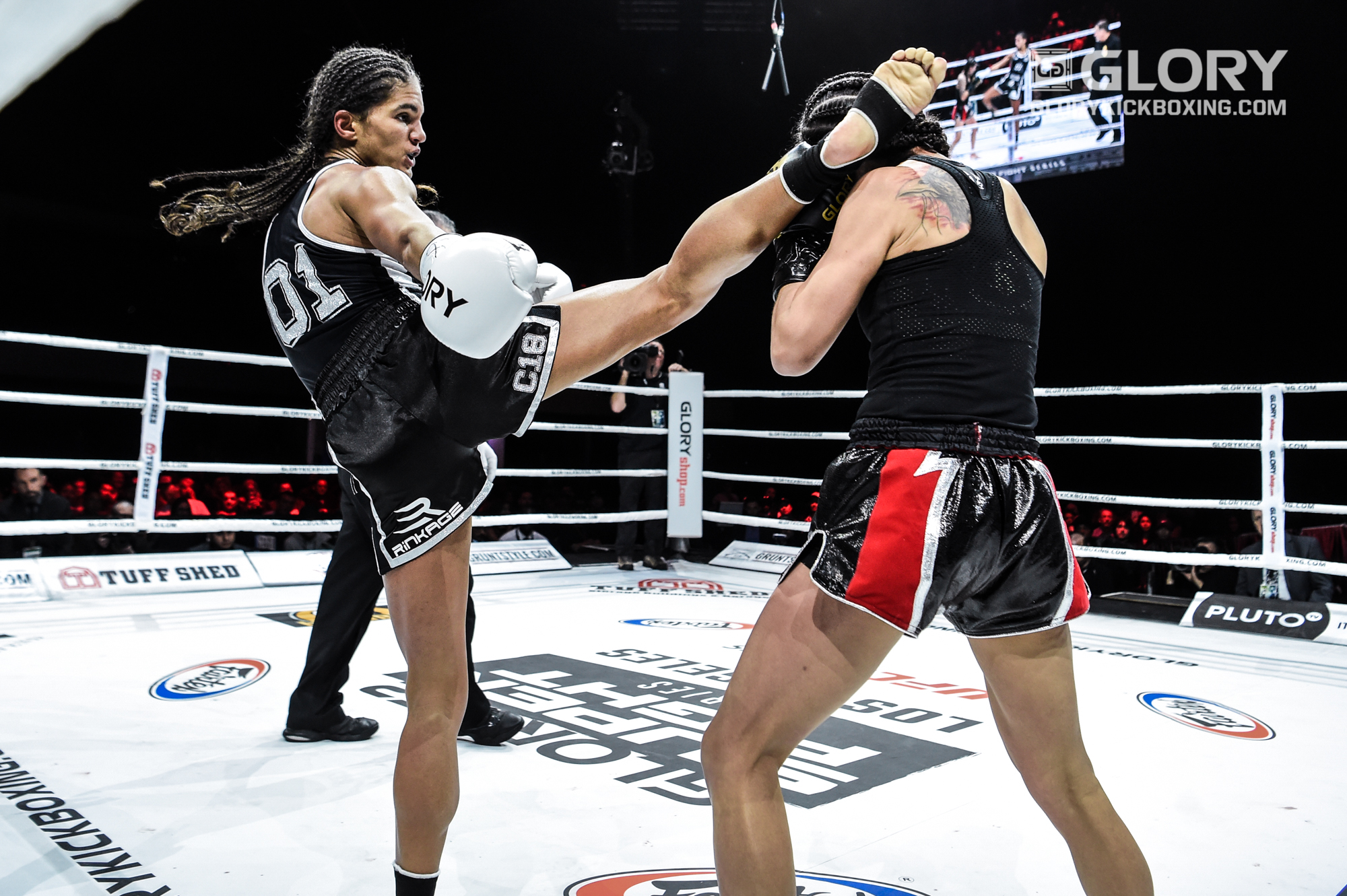 Editor’s Note: This month marks the first time the bantamweight division has been ranked. Some fighters who were previously ranked at featherweight have been moved as a result of the new division.
Heavyweight (95+ kilograms)

Dropped from the rankings: Iraj Azizpour (10)

The lone change in the heavyweight division stems from the GLORY 51 main event between Badr Hari and Hesdy Gerges. Although Hari did not look like the devastating knockout artist of old by defeating Gerges on the scorecards, he still proved he belongs in the division’s top 10. Hari enters the rankings at No. 7, bumping Iraj Azizpour back outside the top 10.

Second-ranked Pavel Zhuravlev got a much tougher test than expected at GLORY 52 against Myron Dennis. Zhuravlev controlled the action, but he was unable to put away Dennis in what turned out to be an entertaining fight. The GLORY interim champion remains at No. 2 with the decision victory. Fifth-ranked Luis Tavares was in the ring at Enfusion 63, but it was in a heavyweight title fight against Fatih Ulusoy.

Canadian Simon Marcus needed less than a minute to dispatch of late-replacement opponent Zack Wells at GLORY 52 in Los Angeles. Marcus, who keeps the No. 2 ranking, was quick to call out current champion Alex Pereira in his post-fight speech.

The welterweight rankings continue to shuffle on a monthly basis. At GLORY 51, Alim Nabiyev stated his case for a shot at newly crowned champion Harut Grigorian by defeating former titleholder Cédric Doumbé on the scorecards. Nabiyev jumps to fourth in the rankings, while Doumbé drops to fifth with his second loss in his last three fights.

Dropped from the rankings: Vlad Tuinov (10)

Lightweight was plenty busy in March and featured one of the month’s biggest upsets. One of the sport’s most recognizable fighters, Buakaw Banchamek, was in the ring at Enfusion 63 against Jonay Risco. Risco captured the decision victory, sending Buakaw tumbling to No. 10 in the rankings. However, Buakaw stays ahead of Risco based on his lengthy body of work. Also in action at the event was Endy Semeleer, who topped Redouan Laarkoubi by decision to move into the No. 7 spot. Chingiz Allazov continued his recent success by knocking out Hinata at K’Festa.1. As a result, Allazov holds onto the fifth spot in the rankings.

Dropped from the rankings: Wei Rui (6)

The featherweight division was upended in the month of March. Nearly half of the top 10 fought, and there were some shocking results. Top-ranked Kaew Weerasakreck was knocked out by Japan’s Ren Hiramoto at K’Festa.1. The loss sends Kaew to fifth in the rankings. Hiramoto, who previously competed at less than 65 kilograms, vaults into the rankings at No. 4. The K-1 mega-show also featured third-ranked Masaaki Noiri, who knocked out Tetsuya Yamato in the the third round to stay at No. 3. GLORY featherweight king Robin van Roosmalen remained undefeated in the division after dominating Kevin VanNostrand at GLORY 52. Van Roosmalen is now in the second spot, trailing behind China’s Qiu Jianliang. Ilias Bulaid fought twice at Wu Lin Feng, but unfortunately broke his hand in his victory over Xie Lei. He still fought Hasan Toy in the tournament final, but fell via decision. Finally, China’s Wei Rui has fallen from the featherweight top 10 after being knocked out by Koya Urabe at K’Festa.1. Both Rui and Urabe now appear in the bantamweight rankings.

With so many talented fighters competing at less than 65 kilograms, combined with the recent results of K-1’s K’Festa.1 event in March, now is the time to introduce our bantamweight rankings. On the heels of his tournament win at the event and a winning streak that has reached 29 straight, Japan’s Takeru finds himself atop of the division. He’s followed by his countryman, Koya Urabe, who crushed third-ranked Wei Rui with a left hand at the K-1 event. Rui holds strong in third after compiling a 33-fight winning streak prior to the loss to Urabe. In fourth is another Japanese fighter, Yoshiki Takei, who stopped Kenji Kubo with a right hook. Haruma Saikyo was one of the few fighters in the top 10 who didn’t compete at K’Festa.1, instead the seventh-ranked fighter defeated Yuta Murakoshi by decision at Krush 86. Rounding out the top 10, Kosuke Komiyama knocked out Suarek Rukkukamui and edged Koji by decision before falling to Takeru at K’Festa.1.

This month’s action had plenty of effect on the pound-for-pound rankings. Takeru’s performance at K’Festa.1 helps him climb into sixth place. Kaew drops all the way to ninth, but he stays ranked based on his overall resume.

The world’s best female kickboxer, Anissa Meksen, was her usual, dominant self at GLORY 52. Meksen bested Canada’s Ashley Nichols for the second time. The Frenchwoman keeps the top spot in the rankings with the decision victory. Wang Kehan climbs into sixth spot after she topped Laetitia Madjene by unanimous decision at Kunlun Fight 70.