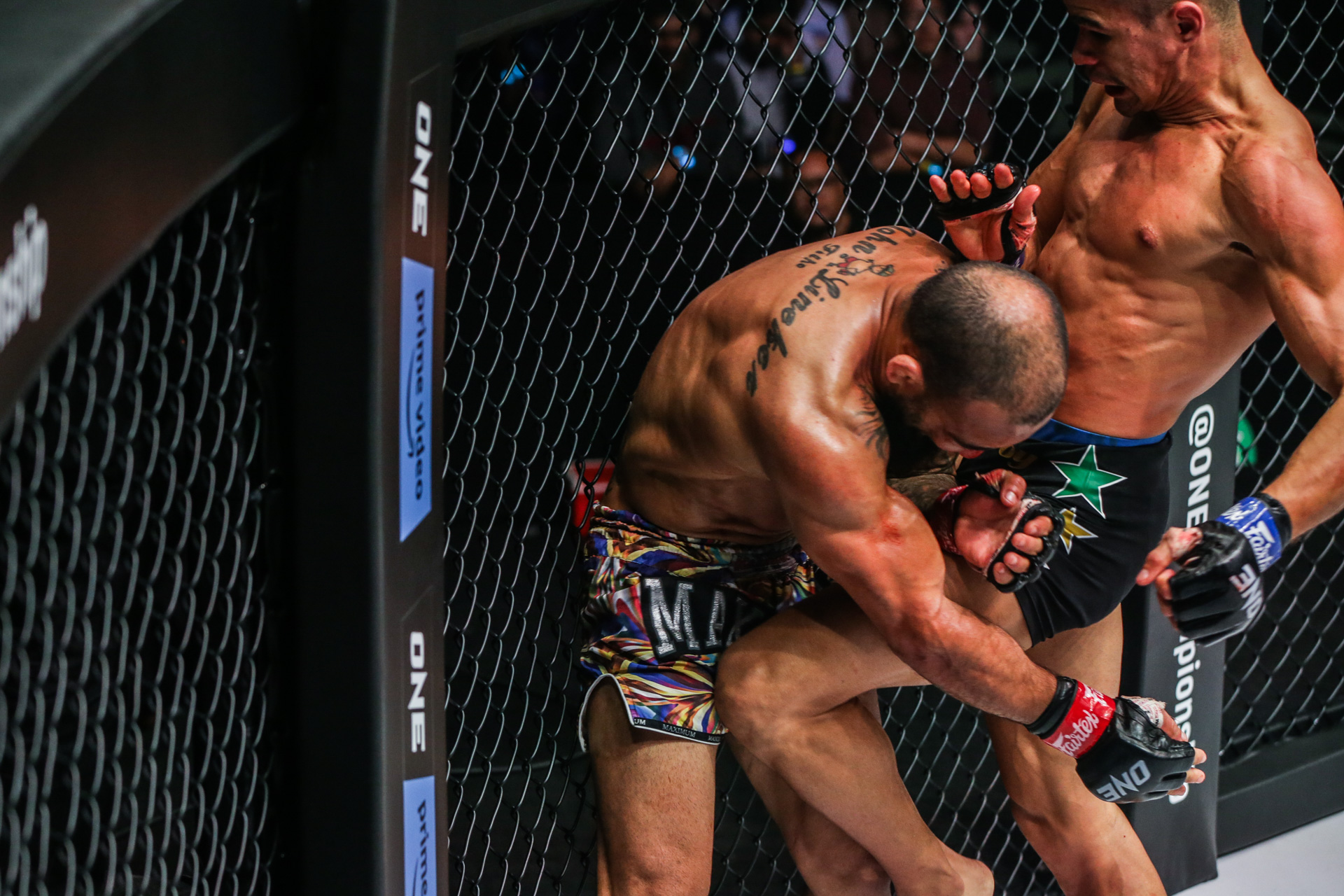 ONE Fight Night 7’s Fabricio Andrade: ‘It Was Very Frustrating’

In mid-Oct. 2022, the ONE on Prime Video 3 headliner was set to be a highly anticipated ONE Championship bantamweight title affair between incumbent champion John “Hands of Stone” Lineker and top contender Fabricio “Wonder Boy” Andrade. Lineker, a longtime UFC vet who joined ONE three years prior, was riding a four-fight winning streak. He had just knocked out Bibiano Fernandes in Mar. 2022 to capture the belt. The 25-year-old Muay Thai stylist Andrade was riding a seven-fight winning streak with the last three coming by first-round knockouts.

The two men are fellow Brazilian countrymen, but, while Lineker still lives and trains in his hometown, Andrade left to train in China at 19 years old. When he was 21, he moved to Thailand, where he currently resides and trains at Tiger Muay Thai. Stylistically, both men are primarily strikers, but their striking styles are a bit different. Lineker, as his moniker suggests, throws a lot of haymakers, looking for that one punch to put his opponents to sleep. Andrade, on the other hand, is a very technical striker, who has power, but also the ability to pick his opponents apart. The fight was set to be a complete banger, but the path to the end of the fight was a strange one.

First, the champ Lineker, who had on five occasions missed either 125 pounds or 135 pounds in the UFC, missed the ONE bantamweight limit of 145 pounds. It should be noted that divisions in ONE have higher limits due to hydration requirements. Lineker was subsequently stripped on his title the day before the fight, but Andrade still could earn the belt.

The weight miss was a pretty big hiccup for the headline bout. However, on fight night, the plot thickened.

By the third round of their five-round title fight, Andrade was clearly beating Lineker. ONE does not use round-by-round scoring, but the fights are scored as a whole, and the younger Brazilian challenger was dismantling the vet. However, at the midpoint of the round, Andrade landed one clean knee to the gut, hurting Lineker and backing him to the cage. But, he followed it up with a second knee that landed unintentionally on Lineker’s groin, breaking his cup. Lineker could not continue and the bout was ruled a no contest.

“Of course, the fight didn’t go like I was expecting,” Andrade admitted. “It was very frustrating for me to have that ending, but it is what it is, you know? I don’t remember feeling anything. I thought I hit his body, but he said I broke his cup. As soon as I hit him, and I saw him screaming the way he was, I knew he would not come back to the fight.

“100 percent, I was winning the fight. I was feeling very comfortable, especially at the moment that that happened. I knew I was ahead and that I was controlling the fight better. Overall, I’m not happy with my performance. I think I’m better than what I showed that night, so it was not my best night.

Andrade was visibly very upset that his first ONE title shot ended the way it did. He had spent his whole life preparing for that moment, and, to have it end that way, took a toll on him mentally. He will, however, get a second shot when the two eventually rematch.

“I was a bit upset with the results, and I just wanted to be alone,” said Andrade. “I went to a hotel and just stayed by myself, thinking about everything.

“I had to take some time off after the fight and just like clear my mind. At the end of the day, to have the rematch with Lineker is not the worst thing that could have happened, you know? So, now, I’m just trying to stay focused and keep training hard.

After the fight, Andrade took several days off. He went to Bangkok and then Pattaya, before getting back in the gym.

“I gave myself a one-week break from everything, just eating a lot, and, after one week, I came back slowly,” Andrade explained. “I was not training hard, but just like slowly getting back to it.”

It had been a few weeks before the rematch offer came through, but Andrade continued to prepare, and he also had planned to travel to Brazil in mid-November to train at the famed Nova Uniao in Rio de Janeiro. Before he left Thailand, the call came through. He and Lineker are now set to rematch at ONE Fight Night 7 on Friday, Feb. 10.

Andrade trained at Nova Uniao for a month before returning in mid-December. He will finish out his camp at Tiger Muay Thai, but the time in Brazil was invaluable.

“Man, it was amazing,” Andrade said. “It’s always great to go there. They always have a solid team there – you know, a lot of good guys with training or good sparring. And, I was able to go see a doctor and all this stuff. It’s always good to go to Brazil. I’m able to do a lot of stuff, and the training there is really, really good.”

With camp in full swing, Andrade is looking forward to his second shot at the coveted ONE bantamweight belt. Only this time, both men will be entering the cage as challengers, after Lineker was stripped of the belt.

“I hope people are excited to see the rematch,” Andrade said. “There’s a lot of things that I’m not happy with [from the first] fight, and I’ll correct it for the rematch. It’s going to be even better. I’m going to finish him faster this time.

“I’m going to knock him out, man. That’s for sure.

“If you watched the first fight, you know why you are going to want to watch the second one. This one is going to be better. We are both going to be more prepared, and I can’t wait for this one.”