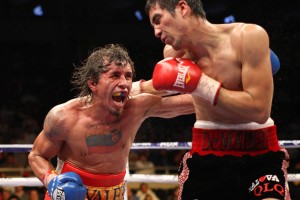 Although the history of boxing is often told as a story of the rise of the all-time great fighters to the top of their game, equally compelling stories that are often overlooked by fans and commentators alike are the ‘what if’ stories of boxing. The ‘what if’ fighters are those fighters that looked poised to take the sport by storm and to achieve the greatest accolades it has to offer but were prevented from doing so by unfortunate circumstances.

From the perspective of those looking to lock in the best boxing odds, these stories are particularly compelling, as their rise and fall can’t really be predicted. Regardless of how astute your sports betting predictions are, you never know when a fall from grace is due to strike.

With this intriguing question in mind, let’s take a look at some of the most puzzling ‘what if’ stories of boxing history!

Teófilo Stevenson was a Cuban boxer who was one of the most promising amateur talents of his generation.

Competing between 1966 and 1986, over the course of his two-decade career, Stevenson achieved a string of amateur accolades which marked him out as one of the best of his generation. This included the Val Barker Trophy and the Olympic Order.

Perhaps most notably, Stevenson achieved the unique honor of being one of only three boxers to win three Olympic gold medals — alongside László Papp and Félix Savón. These heavyweight gold medals were won at the Munich, Montreal and Moscow Olympics between 1972 and 1980. This was in addition to the three World Championship gold medals he won in 1974, 1978 and 1986.

With this kind of resume, it is easy to see why so many viewed Teófilo as one of the greatest boxing prospects of his generation. However, unlike so many of his boxing peers, he consistently turned down offers to go pro. This refusal to go pro even led to him turning down a $1m fight with Muhammed Ali. US boxing promoters Don King and Bob Arum tried on numerous occasions to tempt him into accepting professional matches, although these attempts were ultimately to no avail.

Although the precise reasons for this refusal are unknown, it is generally understood that his commitment to Cuban revolutionary ideals prevented him from chasing paydays which would have required him to defect from Cuba to the US.

An equally compelling ‘what if’ question relates to his absences from the 1984 and 1988 Olympics which Cuba boycotted. If he had taken part, it is likely that Stevenson would have secured a historic five Olympic gold medals.

Salvador Sánchez was a Mexican professional boxer hailing from the town of Santiago Tianguistenco. Despite his relatively humble origins, however, Salvador quickly established himself as one of the greatest talents of his generation.

After starting his professional career at just 16, with his amateur career consisting of only four bouts, Salvador took the boxing world by storm. He won the WBC and The Right featherweight belts between 1980 and 1982 and amassed a record of 46 wins to one loss and one draw.

Perhaps most notably, a whopping 32 of these victories came by KO. Some of his other notable victories include beating hall of fame legends Azumah Nelson, Wilfredo Gomez and Danny Lopez.

Despite all this promise, Salvador’s career was cut short by his untimely death in a car accident in August 1982.

Many of his peers and boxing commentators believe that had it not been for his untimely death at just 23 years old, Salvador would have gone on to be one of the greatest featherweight boxers of all time. In recognition of this, he was inducted into the International Boxing Hall of Fame in 1991 and is still placed in the rankings as one of the all-time greats.

Edwin Valero was a Venezuelan boxer who competed between 2002 to 2010.

Valero gained notoriety when his first 18 professional fights were won by first round knockouts. This broke Arthur Susskind’s historic record which had been set in 1905 and which many viewed as unbeatable. Although Valero’s record has since been broken by Tyrone Brunson, many believe it to be more impressive given the caliber of opponent he faced in doing so.

The fact that so many of his early fights ended in explosive first-round knockouts gave Valero an almost mythical status in the boxing community. As a result, he quickly became a cult figure with a strong following.

Valero went undefeated in two weight classes and won the WBA super featherweight and WBC lightweight straps. He is currently the only champion in WBC history to have won every fight in his championship career by knockout.

However, Valero’s life and career became derailed when in April 2010 he was arrested on suspicion of murder when his wife’s body was found in a hotel. Valero was taken to jail and was found hanging in his jail cell the next day, having committed suicide and putting an end to his record-setting career.