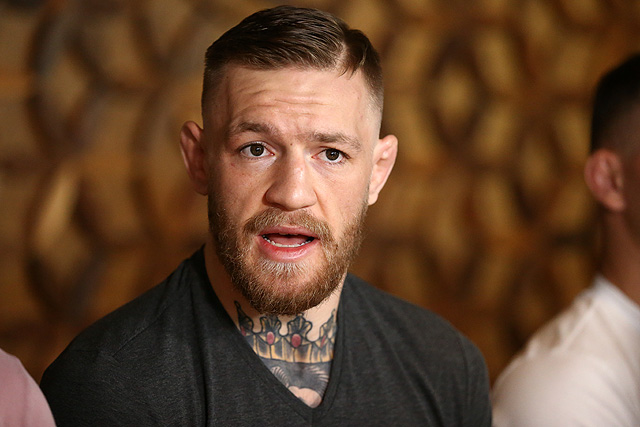 How Did UFC Conor McGregor Become the Highest Paid Athlete?

Conor McGregor, a UFC fighter, is well-off, as is widely known. He is all about the sparkle and is open about his pricey watches, luxurious vacations, and collection of expensive cars. How precisely did the Irishman reach the top spot on Forbes’ list of the highest-paid athletes of the previous 12 months, given that he only had one bout to his credit in 2021 and the world was plagued by pandemics? The solution is largely found outside of the Octagon and with his notoriously disliked whiskey line.

Yes, ignore McGregor’s skill as an MMA fighter; it’s his business sense and willingness to capitalize on the celebrity position that has helped him earn millions over the previous 12 months. The truth is that he actually earned “only” US$22 million from battles and US$158 million from anything else, as per Forbes. McGregor is delighted with the accomplishment and expressed his gratitude for being recognized as an entrepreneur in an Instagram post. Fan followers like you who love to enjoy games and looking for a scope, everyone can visit Canadian-sports-betting.com. Obviously, this is the space you might be wondering about for a long time.

Do you want to learn more about the secrets of Conor McGregor? Dont worry! This is how the 32-year-old transformed his fame from fighting into a million-dollar company.

As per Forbes, the purchase of his majority ownership in the whiskey company Proper No. Twelve to Proximo Spirits is where most of his US$180 million gain came from. The American beverages business purchased the stakes from McGregor, co-founders Ken Austin and Audie Attar, and McGregor himself for US$600 million, according to ESPN in late April. According to Forbes, the ultimate sum left each co-founder with over $150 million in the bank.

Proximo CEO Mike Keyes was quoted as saying that the co-founders would play active roles in the development of the brand in Shanken News Daily, a news source for the spirits, wine, and beer market, which broke the story on the acquisition on April 27. Keyes claimed that the transaction will enable continued growth for the whiskey brand, which had expanded at an “exceptional rate.” He claimed that they were considering the potential of approaching international markets including South Africa and Russia.

In addition to earning US$180 million over the past 12 months, “The Notorious” is only the third athlete behind golfer Tiger Woods and tennis star Roger Federer to earn over US$70 million off the field in a calendar year while still participating, according to Forbes.

Reports on TalkSport In addition to his previous endorsement contracts, which include one with Monster Energy, McGregor also signed a number of new ones with companies like DraftKings, the video game Dystopia: Contest of Heroes, and the lifestyle company Roots of Fight.

Despite just participating in one bout in the Octagon in 2021, which he failed, Forbes reports that he was paid US$22 million for his talents. Dustin Poirier defeated Conor McGregor by knockout at UFC 257 on Fight Island in Abu Dhabi in January. In 2014, McGregor defeated Poirier, and on July 10, 2021, a “trilogy” fight is scheduled as a tiebreaker.

In the UFC, McGregor continues to enjoy enormous popularity. According to Poirier’s head coach Mike Brown, “Conor is the biggest attraction in the sport, and I believe this (the trilogy) will generate more pay per watch than any other fight.”

The most epic flashback involves Conor McGregor and Cristiano Ronaldo

Following McGregor’s ascent to the top of Forbes’ list of the richest athletes, a video of him meeting soccer great Cristiano Ronaldo went viral. Ronaldo was ranked first when the video was recorded in 2016, and McGregor jokingly warned him that he was coming for his position. And he actually did.