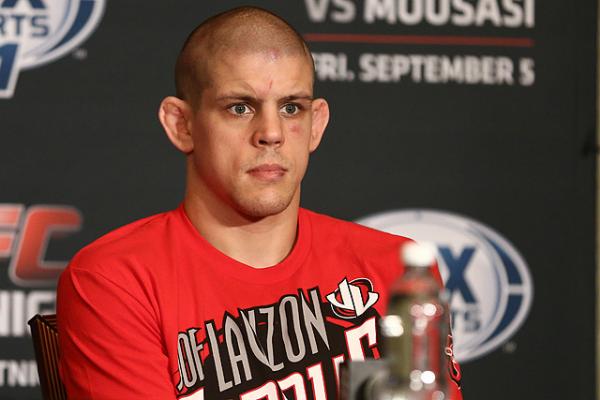 Speaking of sports with more professionals, MMA fighters will always be mentioned. It is even known that they are synonymous with premium education. This is quite the opposite in many people’s view, especially fans.

They see fighters as the ones who are less likely to have a school degree or educational background. They are seen as violent being looking for someone to crush. But contrary to these thoughts, there are many fighters who have college degrees.

These fighters do not talk much about their academic achievements and could be mistaken for high school dropouts. However, they went through the same rigorous system as any student. And it wouldn’t be a surprise if any of them was just like other students who use a professional university assignment help service to complete some assignments. The essay writing assistance is used by almost all students, especially if they do not have enough time to focus on their studies and achieve success.

And yes, some of those fighters have tattoos all over their bodies, but that old stereotype does not exist in current times, as they have excellent educational qualifications. This article will consider professional fighters who have high-level educational backgrounds.

Mizugaki is a professional Japanese fighter. He was good in the game in his prime. He went to MMA to have a solidified career. His mention will always be made whenever there is talk about fighting greats.

Mizugaki also attended classes at a college, where he received a B.A. degree. He didn’t stop there. He furthered his education and received an M.A. degree as well.

He got his post-graduate degree in electrical engineering at Kanto Gakuin University. He never worked as an engineer, though. But, he shared the cage with some great fighters like Urijah Faber.

Joe Lauzon is one of the greatest MMA fighters ever known. He has the second most finishes in UFC lightweight history at 13. He has also won “Fight of the Night” bonuses seven times.

Joe was known to have a passion for computer science. While fighting as a professional, Joe studied at Wentworth Institute of Technology, where he received a B.A. degree in computer science. He even got a job to use that degree.

He worked as a network administrator in 2007, although he didn’t spend much time there. He later decided to focus fully on his fighting career.

Martin is another amazing fighter you can think of. He was a significant force to battle with from 2002 to 2017. He has battled in three different weight classes, and finished with a great 23-12 career.

He got his first degree in physiology and went further to obtain his master’s degree in clinical physiology. And currently, Martin is working his way to getting a Ph.D. degree.

Tor is one of the most educated athletes the sport has ever had. He is a Swedish fighter, and he is currently retired. He made himself known on The Ultimate Fighter 17 reality show.

That wasn’t the end of his fighting story, as he went further in the UFC, where he started his career with a tremendous finish over Adam Cella. However, after losing his next three fights, he announced his retirement from MMA.

Tor studied at the University of Umeå, obtaining his master’s degree in engineering physics. He had a career in education, working as a project assistant in mathematics and statistics.

Shane is not one you would immediate assume educated upon sight. His large muscles and mysterious tattoos don’t make him look like someone with a higher education education.

He looks like a giant bouncer throwing people out to earn a living. Contrary to the thoughts of many, Shane is an educated man. He has two Bachelor’s degrees to his name. He got his first degree at the Colorado School of Mines in Mechanical Engineering.

Carwin earned his second degree in environmental technology from Western State College. He even worked as a construction manager, yet he could balance it with his fighting career.

The list of professional fighters with excellent educational backgrounds cannot be exhausted. It looks strange to some people because of these fighters’ looks and career choices.

Many of them even worked with the knowledge they obtained from college. The fighting ring is undoubtedly made up of wonderful athletes with great educational backgrounds.