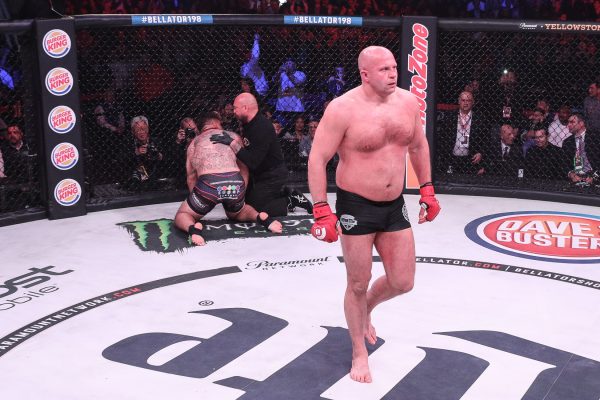 Whether it’s MMA or boxing, the heavyweight division has always been seen as the most explosive, most important, and most high-profile of weight classes. Currently, fighters such as Ciryl Gane and Francis Ngannou rule the heavyweight class, and many fans have made money on the MMA and UFC lines, odds, and spreads thanks to their victories. But are they the best fighters of all time?

Let’s look at the 10 best heavyweights in MMA history.

There aren’t many fighters who have the longevity and success that Josh Barnett does. His 21-year-long career took him through UFC, Pancrase, Pride, and Strikeforce and he had success in all of them. Barnett has fought a varied list of top-class fighters over his career and he’s always been willing to take on all comers.

Velasquez jumped from collegiate wrestling to MMA and quickly made his UFC debut. It didn’t take long for him to win the first of his two UFC heavyweight championships when he swiftly beat Brock Lesnar. He traded wins, and the championship, with Junior dos Santos, but his run at the top was cut short by injuries. Velasquez has struggled to fight regularly in recent years, which has stopped him from achieving a higher position on this list.

Cormier fought in both middleweight and heavyweight classes during the early years of his career, but fully committed to the heavyweight division in 2007. Overeem found success across the globe in Strikeforce and Dream and also has the 2010 K-1 kickboxing World Grand Prix title under his belt. He settled in UFC in 2010 where he famously debuted by knocking out Brock Lesnar.

When Cormier retired in 2020, it was with an impressive record of 22-3. Cormier was the second fighter in UFC history to hold titles in two different weight classes simultaneously, and he also won the Strikeforce heavyweight grand prix championship as well as the King of the Cage heavyweight belt. Cormier holds wins over Stipe Miocic, Josh Barnett, and Antonio “Bigfoot” Silva, and now shares his expertise as an analyst and commentator for the UFC.

Nobody talked a better game than Mirko Cro Cop, and nobody could back it up like him, either. Cro Cop’s most explosive wins came in Pride FC, where his heavy kicking style was not only legal but helped him become one of the most dominating forces in the ring. His switch to the UFC Octagon did not go as smoothly as planned, but he was able to get back on track in 2016 in Rizin FF, where he won the openweight grand prix.

On paper, Couture’s UFC record of 19-11 is one of the least impressive records on this list. He never had an unbeatable run like Emelianenko, but it’s difficult to argue against the inclusion of someone who is a five-time UFC champion across both heavyweight and light heavyweight classes. Couture started his MMA career late and brought in college wrestling, making him a tough opponent to beat.

Primarily active from 1999 to 2009, Nogueira was a tremendous submission-based fighter who has wins against several other names on this list. His 2002 fight against Bob Sapp is one of the most legendary fights of all time, and the record books will always show that he was the first Pride FC heavyweight champion.

At six-foot-four-inches tall and 245 pounds, and with an athleticism his size shouldn’t have allowed for, Miocic was everything a heavyweight MMA fighter should be. Miocic’s record of 18-2 shows how well-rounded his game was and he has the record for the most UFC heavyweight title defenses. In the Octagon, he was an intelligent fighter that had the strength and grappling skills to defeat anyone.

Emelianenko’s record from 2000 to 2009 marks him as not just the best heavyweight MMA fighter, but arguably the best MMA fighter of any weight class. During those ten years, his record was 31-1, with his only loss coming from a controversial doctor’s stoppage after an illegal elbow. Emelianenko had one of the most well-rounded skill sets of any fighter as he could strike, wrestle, and grapple, and his determination and guts could never be questioned either.

There have been some exceptional MMA heavyweights that have competed in the UFC, Pride, Strikeforce, and other companies around the world. Choosing the best 10 is purely subjective. Only time will tell if any of the current crop of fighters will be able to match the legacy and fights of champions such as Fedor Emelianenko and Stipe Miocic.